AOC: Nancy Pelosi Needs to Go, but There’s Nobody to Replace Her Yet 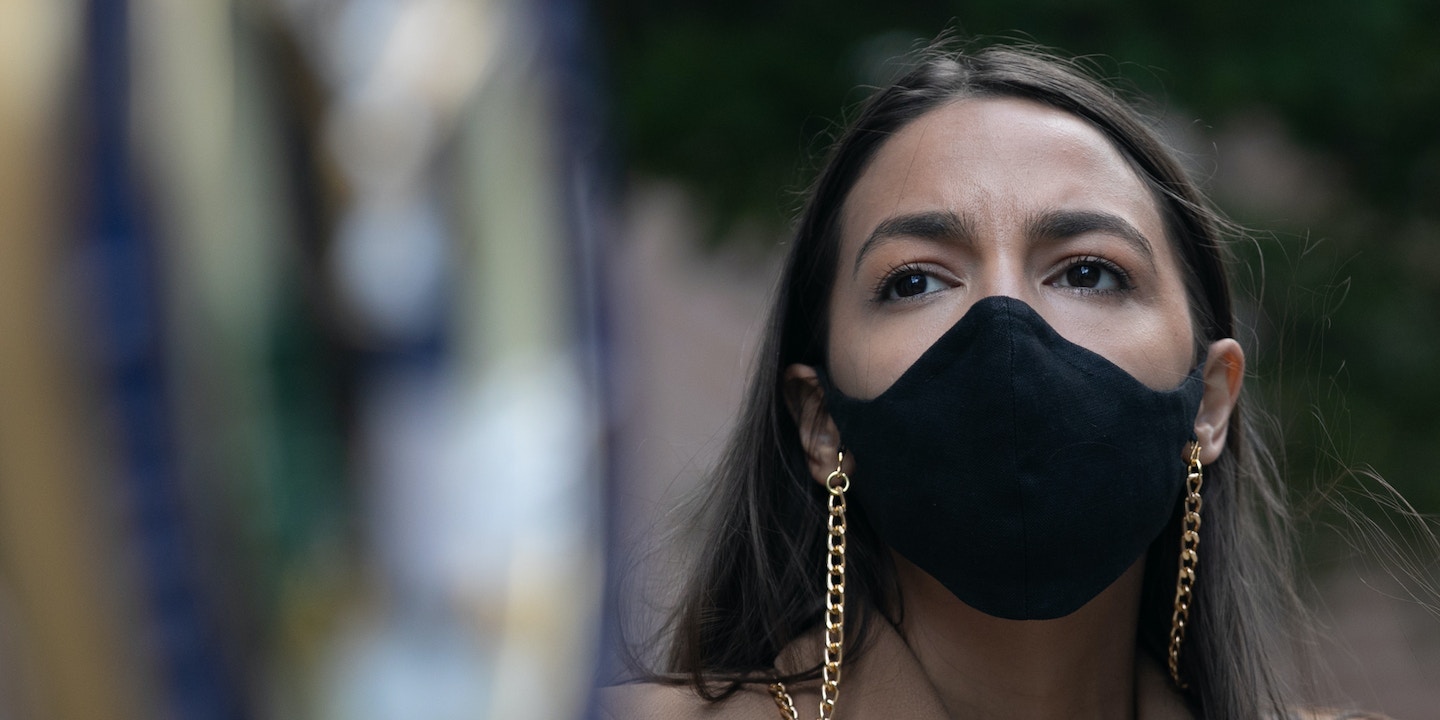 Rep. Alexandria Ocasio-Cortez believes the Democratic Party needs new leadership, telling The Intercept in an interview that it’s time for House Speaker Nancy Pelosi and Senate Minority Leader Chuck Schumer to go. But the left, she said, currently has no plan on how to fill the subsequent leadership vacuum.

“If you create that vacuum, there are so many nefarious forces at play to fill that vacuum with something even worse,” she told Jeremy Scahill during an interview aired Wednesday on Intercepted this week.

Pelosi cruised to reelection in a virtual caucus vote last month and will face a full House floor vote for the speakership in January. She’s expected to remain speaker but has almost no room for error, after a disastrous performance in the general election cost the caucus at least a dozen seats. With a single-digit majority, she can only afford to lose a handful of Democratic votes on the House floor or else she’ll be short of the required 218, which would then throw the contest back to the caucus.

The rest of Pelosi’s octogenarian leadership team, Majority Leader Steny Hoyer and Majority Whip James Clyburn, has held these top positions for over a decade and won their slots without any opposition. On the Senate side, Schumer won reelection unanimously.

Ocasio-Cortez argued that there are no viable alternatives for House or Senate leadership at the moment because the caucus’s current leaders spent a number of years concentrating power without any “real grooming of a next generation of leadership.”

“A lot of this is not just about these two personalities, but also about the structural shifts that these two personalities have led in their time in leadership,” Ocasio-Cortez said. “The structural shifts of power in the House, both in process and rule, to concentrate power in party leadership of both parties, frankly, but in Democratic Party leadership to such a degree that an individual member has far less power than they did 30, 40, 50 years ago.”

This dynamic is what pushes the “really talented members of Congress that do come along” to leave or run for statewide office instead. But Pelosi has also indicated that this upcoming term could be her last, “and the left isn’t really making a plan for that either,” Ocasio-Cortez added. “So I do think that it’s something that we really need to think about.”

If progressives do threaten to withhold their support from Pelosi, Ocasio-Cortez said, their demand shouldn’t be merely for a floor vote on Medicare for All, which is sure to fail. Instead, she believes, progressives should fight some of the bigger structural obstacles in the way of Medicare for All, like pay-go, an austerity provision that makes it difficult for Democrats to pass more ambitious policies, or replacing conservative Democratic Rep. Richie Neal as head of the Ways and Means Committee. “We are currently negotiating to get and work towards real material concessions for the left that can move things into place, to help build power for the next two years,” she said.

The New York congresswoman shot down the possibility of running for the position any time soon. “The House is extraordinarily complex and I’m not ready,” she said. “It can’t be me. I know that I couldn’t do that job.”

Asked about President-elect Joe Biden bringing in hawkish members of the Obama administration, as well as officials from companies like Goldman Sachs and McKinsey,  Ocasio-Cortez said: “It’s horrible.”

Dozens of people, including some from Goldman Sachs, McKinsey, Facebook, and Google, have quietly been added to the Biden transition team in recent weeks, Politico reported on Monday.

This same cast of characters and their way of doing things, she added, is “a huge reason why we got Donald Trump in the first place. In addition to just the racism that was waiting to be reanimated in this country, [there] was just an extreme disdain for this moneyed political establishment that rules Washington.”

She also expressed frustration with congressional inaction on coronavirus relief and the failure to provide aid for those who are struggling, pointing to both the GOP’s “barbarity” and the Democrats’ strategic blunders. Ocasio-Cortez was the only Democrat in Congress to come out against the CARES Act, opposing it for both strategic and policy-related reasons. Democrats lost nearly all their leverage in pandemic relief negotiations, she argued, because the massive bailout gave Wall Street, Senate Majority Leader Mitch McConnell, and the Trump administration everything they wanted. It was the party’s “rage-inducing” hypocrisy on the issues, from military spending and mass surveillance to right-leaning economic stances, that led her to run for office in the first place.

“For me personally, it was when I was waitressing and I would hear Democrats talk about why the Affordable Care Act was so amazing all the time and how this is the greatest thing ever and the economy is doing wonderfully,” she said. “Frankly, it is the same trick that Trump pulls, which is, you know, people touting the Dow as a measure of economic success when we’re all getting killed out here.”