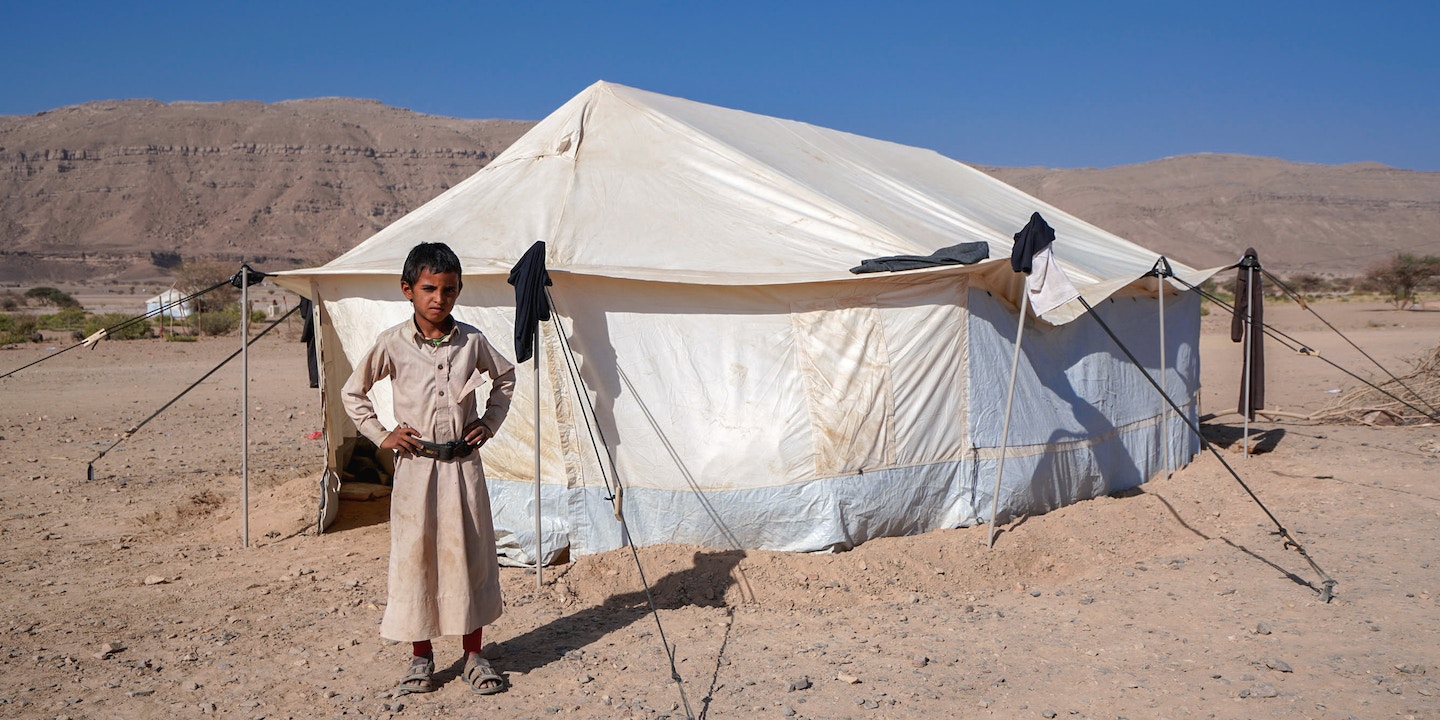 Weeks after President Joe Biden announced he would end U.S. support for “offensive” military operations in Yemen by Saudi Arabia and the United Arab Emirates, a group of progressive lawmakers are asking his administration to clarify what forms of U.S. support will continue.

In his first foreign policy address earlier this month, Biden said his administration was “ending all American support for offensive operations in the war in Yemen, including relevant arms sales.” But he also promised that the U.S. would continue to help Saudi Arabia defend itself against missile attacks, including from Iranian-backed militias like the Houthis in Yemen. In the following weeks, his administration has yet to explain how it distinguishes between offensive and defensive forms of support.

On Thursday, 41 members of Congress sent a letter to Biden expressing support for his decision to limit U.S. backing for the war but asked him to clarify what forms of “military, intelligence, [and] logistical” support it defines as “offensive” activities and what forms of support will continue.

“You have said that the United States will ‘continue to support and help Saudi Arabia defend its sovereignty and its territorial integrity and its people’ from ‘threats from Iranian-supplied forces in multiple countries,’” the letter says. “What activities does this policy entail, and under what legal authority is the administration authorized to engage in such activities?”

The letter was written by Rep. Peter DeFazio, D-Ore.; Rep. Ro Khanna, D-Calif.; and Rep. Debbie Dingell, D-Mich., and signed by 38 others. In a phone interview Wednesday, DeFazio told The Intercept that he wasn’t aware of any formal communication between the Biden administration and Congress about their policy, and said the letter was trying to get answers.

“That raises questions that we would like to have answered,” DeFazio said. “How do you define weapons? What’s the difference between an offensive weapon or a defensive weapon? Congress has acted a number of times to block arms sales to the Saudis. So we just have a number of questions. We think it’s obviously a tremendous improvement over the position of the Trump administration. We would just like more clarification, more detail about what the shift means and also what [legal] authority they’re depending upon to continue to be involved in this conflict in any way.”

Khanna told The Intercept that he had informal conversations with Biden administration officials about how they interpret “offensive” operations, but he wanted the administration to clarify the details with Congress as a “formal statement of administration policy.”

“My understanding is that the ban on any U.S. participation in Saudi military strikes applies very broadly to any Saudi bombing or missile strikes into Yemen,” Khanna said. “There is no wiggle room for the Saudis to claim they’re attacking a place in Yemen out of self-defense. That is my understanding of how the administration intends the directive.”

The letter comes as the Biden administration is expected to release a long-awaited intelligence report on the 2018 assassination of journalist Jamal Khashoggi, who was killed in the Saudi consulate in Turkey. The report is likely to serve as a reminder of Saudi Arabia’s human rights record and could reopen old wounds about the direct involvement of the country’s de facto ruler, Crown Prince Mohammed bin Salman. After the assassination in 2018, Congress passed measures to block arms sales and direct President Donald Trump to cut off U.S. support for the war in Yemen, but he vetoed them.

Biden is expected to call King Salman of Saudi Arabia, MBS’s father, to discuss the U.S.-Saudi relationship before the release of the Khashoggi report. As a candidate, Biden took a much harsher line on arms sales, saying in a November 2019 primary debate that “there is very little social redeeming value in the present government in Saudi Arabia.”

Saudi Arabia and the UAE began their intervention in March 2015, after an Iranian-backed rebel group overran the country’s capital, Sanaa. Under the Obama and Trump administrations, the U.S. supported the intervention with arms sales and intelligence, even as the Saudi air force bombed civilian targets, like markets, schools, and medical clinics. The Trump administration cut off midair refueling for Saudi warplanes in 2018, but other forms of U.S. support continued.

Last month the Biden administration paused all arms sales to Saudi and the UAE, with Secretary of State Tony Blinken citing a desire “to make sure that what is being considered is something that advances our strategic objectives, and advances our foreign policy.” Those sales included a massive $23 billion transfer of advanced weapons technology — including the F35 fighter jet and Reaper drones — to the UAE as part of the Trump administration’s “Abraham Accords.”

The letter from members of Congress questions what weapons the administration deems “relevant” to offensive operations and whether the $23 billion sale will go forward.

In the past, Saudi officials have claimed their airstrikes were acts of self-defense against the Houthis, who themselves have carried out missile attacks against targets in southern Saudi Arabia.

“Which weapons are offensive or defensive depends on one’s own perspective in this conflict.”

Max Abrahms, a professor of political science at Northeastern University and a critic of the U.S. intervention, told The Intercept the Democrats who signed the letter are right to question the Biden administration. “The distinction between offensive and defensive weapons is often unclear,” Abrahms said in a phone interview. “Which weapons are offensive or defensive depends on one’s own perspective in this conflict.”

The letter also contains a detailed list of questions about Biden’s other policies toward Yemen, including whether the U.S. will pressure the UAE and Saudi Arabia to stop arming and financing different militias there, and whether it would support an independent investigation into allegations of disappearances and torture by UAE-backed forces — which the Trump administration denied knowledge of in 2019.