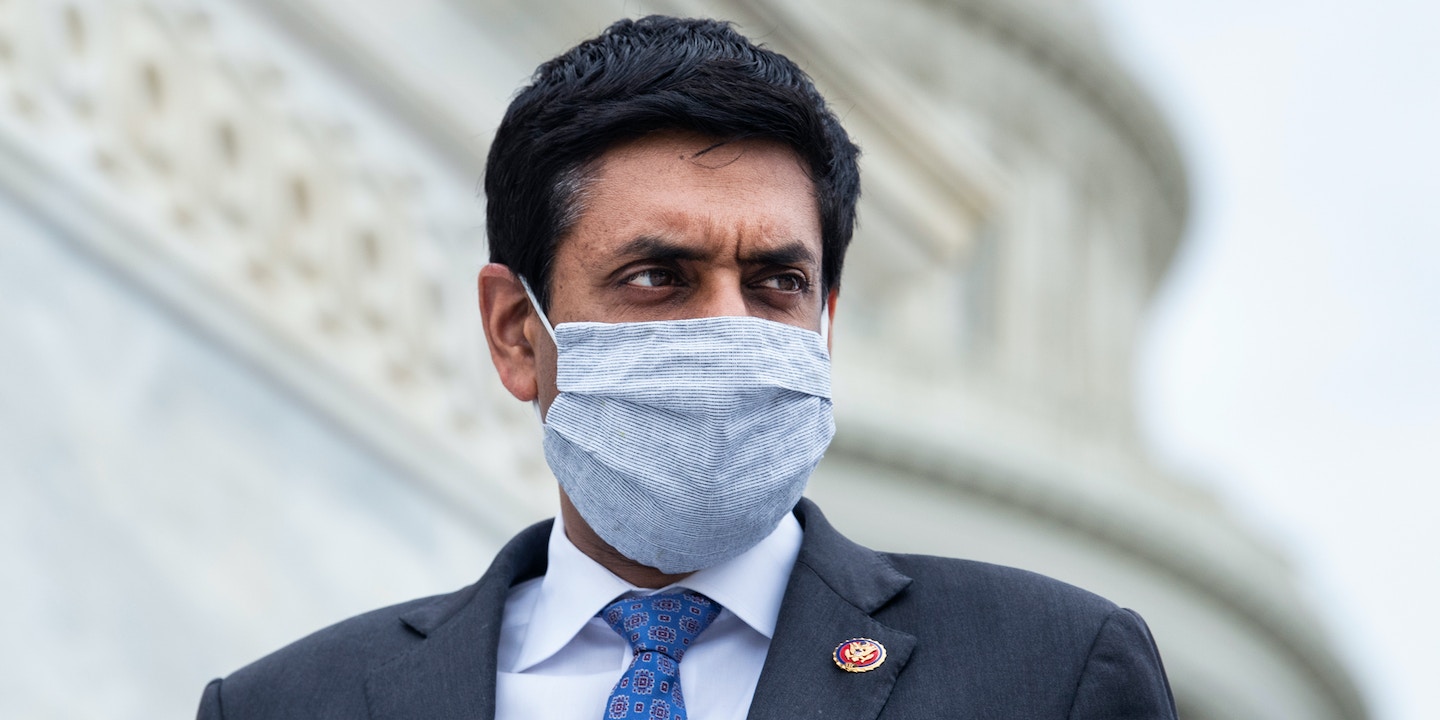 United Arab Emirates Ambassador Yousef Al Otaiba was so angry about Rep. Ro Khanna’s push to end U.S. support for the war in Yemen that he shouted at him during a meeting, said Khanna.

Khanna, the lead sponsor of a war powers resolution aimed at ending U.S. involvement in the Yemen war, led by Saudi Arabia and the UAE, said that he was startled by the diplomat’s approach. “I’ve never had an ambassador of another country come to my office and literally yell at me, but that’s what I had with the ambassador to UAE,” Khanna said during an interview for The Intercept’s podcast Deconstructed, referring to Otaiba.

“I was just taken away,” Khanna said. “It led me to think that there’s a real arrogance, a real sense of entitlement, a sense that he thought himself so powerful that he could act that way. And I’ve never really seen that before.”

Khanna, a California Democrat who was sworn into office in January 2017, said he couldn’t remember exactly when the meeting occurred, but subsequent meetings with Otaiba have been more tranquil. “We met again once or twice and he toned it down in subsequent meetings, but I just thought this was an indication of how entrenched these interests were,” Khanna said.

Richard Mintz of The Harbour Group, which represents the UAE in Washington, D.C., said that the ambassador denied having raised his voice to Khanna.

The Democrats’ return to power, and with them foreign policy figures the UAE had antagonized with its opposition to the Iran deal at the end of the Obama administration, puts the ambassador in a delicate position. That is particularly true given the UAE’s lead role in facilitating Trump’s norm-stomping romp throughout the Middle East, which Kushner’s real estate firm treated as a source of financing.

Otaiba is arguably the most high-profile foreign ambassador in Washington, despite his country’s small size. The ambassador is known for his charm, his lavish parties, his philanthropy, and his wide set of friends in the upper echelons of the Washington establishment.

In 2015, when Saudi Arabia went to war against the Houthi rebels in Yemen, the UAE joined in, as did the United States. The UAE has provided ground troops, financed mercenaries, assisted with intelligence gathering — particularly through the deployment of a network of torture chambers in which detainees have been grilled alive — and otherwise contributed to the war against the Houthis, who the UAE considers to be proxies for Iran.

Under the Trump administration, Otaiba quickly developed a tight relationship with Jared Kushner, using his direct channel to the president’s son-in-law to cut the State Department out of decision-making. Then-Secretary of State Rex Tillerson was caught off guard when Saudi Arabia and the UAE launched a blockade of the country. He later pressured the two nations to scuttle plans for an invasion of Qatar, after which he was unceremoniously fired. The leaders of Saudi Arabia and the UAE would later claim they had worked through Kushner to have Tillerson fired. Kushner later brokered a deal for recognition between the UAE and Israel. Saudi Arabia lifted its blockade of Qatar in early January and this week released an internationally known women’s rights activist to home detention after 1,001 days of confinement.

As the war in Yemen exacerbated a humanitarian crisis, opposition to it in the U.S. began to grow. In 2017, Vermont Sen. Bernie Sanders introduced a war powers resolution that would force an end to U.S. support. Khanna pushed a similar effort in the House, and the pair succeeded in getting Congress on the record declaring the war unauthorized. In 2019, after Democrats took control of the House, and after Saudi Arabia assassinated journalist Jamal Khashoggi, who’d become an outspoken opponent of the war in Yemen, both chambers passed the resolution, but Trump vetoed it.

Otaiba, Khanna said, reacted angrily to the anti-war effort, while the Saudi ambassador was much more diplomatic. “I met the Saudi ambassador, in particular the new one,” he said, referring to Princess Reema bint Bandar bin Sultan. “Of course, very much we disagree, and I have real moral concerns, but in conversation they’re diplomatic and polite, saying how much they respect the perspective.”

Otaiba’s posture toward Khanna reflects the evolving nature of the world’s governing elite. In years past, given the role of the U.S. as the undisputed global superpower, any member of Congress would be considered to outrank a foreign ambassador from a small nation and thus be off-limits from such a verbal offensive. But the UAE now considers itself to be part of the management team when it comes to overseeing the U.S.-led Western global project.

“We have a moral duty to act to end the war, not just wash our hands of it.”

Earlier this week, HuffPost reported that the UAE has detained and tortured a prominent Yemeni journalist and fixer, Adel Al-Hasani, whose condition is rapidly deteriorating.

Khanna told The Intercept he and Sanders are holding off on reintroducing a war powers resolution, encouraged that President Joe Biden, as his first foreign policy gesture, said the U.S. would end its support for the war.

But Shireen Al-Adeimi, a Yemeni-born activist and assistant professor of education at Michigan State University, highlighted Biden’s caveat that the U.S. would only end support for “offensive operations” and noted that Saudi Arabia has long justified the war as one that is defensive in nature. Khanna did not rule out reintroducing the resolution if Saudi Arabia uses that argument to continue pummeling Yemen.

Ultimately, he said, the U.S. has to do more than just cease support; it has to insist that none of its allies are funding or engaging in the war. “What activists must now advocate for is for President Biden to say these words: ‘All bombing and war funding to Yemen must stop,’” Khanna said. “Biden also should commit to a reconstruction fund, make a U.S. pledge, and demand reparations from Saudi and UAE towards it. Finally, we need to apply pressure to lift the blockade. If we do all this, then we will still have to deal with a civil war in Yemen that predated the Saudi intervention. But that is more resolvable. We have a moral duty to act to end the war, not just wash our hands of it. We can always tell the Saudis we will stop providing tires for their airplanes if they continue to bomb.”