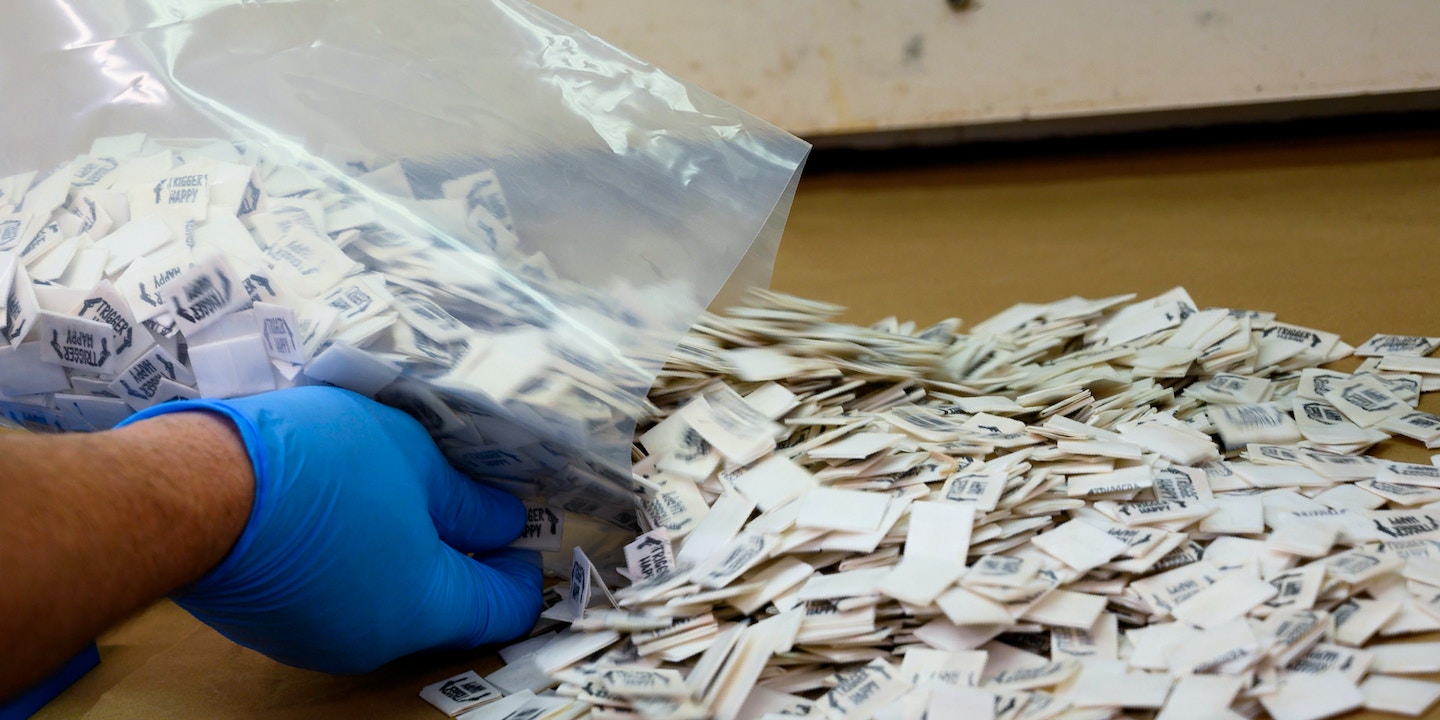 The Biden administration is expected to announce support this week for the temporary extension of a Trump-era policy expanding mandatory minimum sentencing to cover a range of fentanyl-related substances. More than 100 civil rights, public health, and criminal justice advocacy groups sent a letter last week urging Congress and President Joe Biden to oppose any extension of the Trump policy.

The administration can’t extend the policy without congressional action, which it is expected to support during a Wednesday hearing on substance use before the House Energy and Commerce Committee, according to two groups on the letter and several Democratic aides. The aides note that the administration will likely request additional time to explore the policy’s ramifications and has not yet decided whether it will adopt a full extension.

Biden ran on a platform that included criminal justice reform and an end to mandatory minimum sentencing, a practice he helped establish during his time as a senator in the 1980s and ’90s. Criminal justice and drug policy advocates say extending the Trump policy would be an abandonment of those promises and a return to the kinds of strategies that escalated the war on drugs, mass incarceration, and the opioid epidemic. Current laws impose a five-year mandatory minimum sentence, and a 40-year maximum sentence, for selling substances with trace amounts of fentanyl analogues in a mixture weighing between 10 and 100 grams.

“Class-wide scheduling would exacerbate pretrial detention, mass incarceration and racial disparities in the prison system, doubling down on a fear-based, enforcement-first response to a public health challenge. As we approach the 50-year milestone of President Nixon’s announcement of the War on Drugs, there is ample evidence that these unscientific policies destroy communities, entrench racial disparities, and do nothing to reduce drug supply or demand,” the letter reads. “We must learn from the lessons of the past: It is time for Congress and the Biden administration to embrace a public health approach to drug use.”

The Trump administration started classwide scheduling of fentanyl analogues in 2018. The policy put a wide range of substances with a chemical structure similar to fentanyl on Schedule I of the Controlled Substances Act, expanding the application of mandatory minimum sentencing laws to all fentanyl analogues. “But chemical structure alone cannot predict how a drug will affect the human brain,” the letter claims, citing a neurobiologist’s testimony before the House Subcommittee on Crime, Terrorism, and Homeland Security, “and not all fentanyl analogues are harmful.”

The Trump policy, set to expire in May, gives the Drug Enforcement Administration unlimited power to determine the legality of substances while cutting scientists and public health experts out of the conversation. This limits their ability to study certain prohibited drugs, which can prove crucial for developing therapies. Spokespersons from the Justice Department “repeatedly, erroneously, have claimed that failure to enact class-wide scheduling would ‘legalize’ harmful fentanyl analogues,” the letter continues, citing a Washington Post op-ed by former Attorney General Bill Barr with the title, “Fentanyl could flood the country unless Congress passes this bill.” The sale of fentanyl analogues can be prosecuted whether or not they are scheduled, and the policy imposes harsher sentences for possession.

According to a report by the United States Sentencing Commission, prosecution of federal fentanyl offenses increased by close to 4,000 percent between 2015 and 2019, and prosecution of fentanyl analogues increased by well over 5,000 percent since 2016. As the letter points out, those prosecutions involved significant racial disparities, “with people of color comprising almost 75% of those sentenced in fentanyl cases in 2019.” The same was true of sentencing for fentanyl analogues, with people of color comprising 68 percent of people sentenced.

“Congress and the Biden administration should be wary of expanding the reach of these penalties by adopting a policy explicitly designed to expedite drug prosecutions and increase penalties,” the signatories wrote. “Any further extension of the Trump administration’s class-wide scheduling policy threatens to repeat past missteps with crack cocaine that policymakers are still working to rectify.”

Fentanyl has been back in the national spotlight alongside the trial of Derek Chauvin, the Minneapolis police officer who killed George Floyd, as conservative commentators and law enforcement point to the drug’s presence in Floyd’s system in their attempts to exculpate Chauvin for his death. “It’s been a very visible example of how mythology and fear around fentanyl and racism is playing out in the media right now,” said Grant Smith, deputy director of national affairs at the Drug Policy Alliance, one of the letter’s signatories. “Those are the exact same narratives that the Trump administration relied on to impose this policy. And if the Biden administration were to choose to extend this — which it sounds like they will — they’re really just embracing that same rhetoric. That same racist thinking.”

Advocates wonder why the Biden administration would go out of its way to extend a policy that would mark a return to the harsh drug sentencing laws from which the president has tried to distance himself, and even in some cases, apologized for pursuing. A Government Accountability Office report released Monday on classwide scheduling of fentanyl-related substances explores potential impacts of altering the policy. In filings attached to the report, Biden’s Department of Justice argues aggressively in favor of extending the policy, writing that “alternatives to class-wide scheduling are inadequate to address the opioid epidemic.” A White House spokesperson did not immediately respond to The Intercept’s request for comment.

“If the Biden administration were to come out and just flat out support the classwide scheduling, I think that would be very disappointing, because it wouldn’t take into consideration the false premise that this started with,” a Democratic aide told The Intercept. “Maybe it’s understandable that they might need more time because it is a pretty fraught and dense issue. But I would hope that they would certainly look at it close enough to see that this is something that was requested based on an idea that isn’t necessary.”