Congress has approved $46.5 billion in rental assistance, but onerous documentation requirements make it hard for people to qualify. 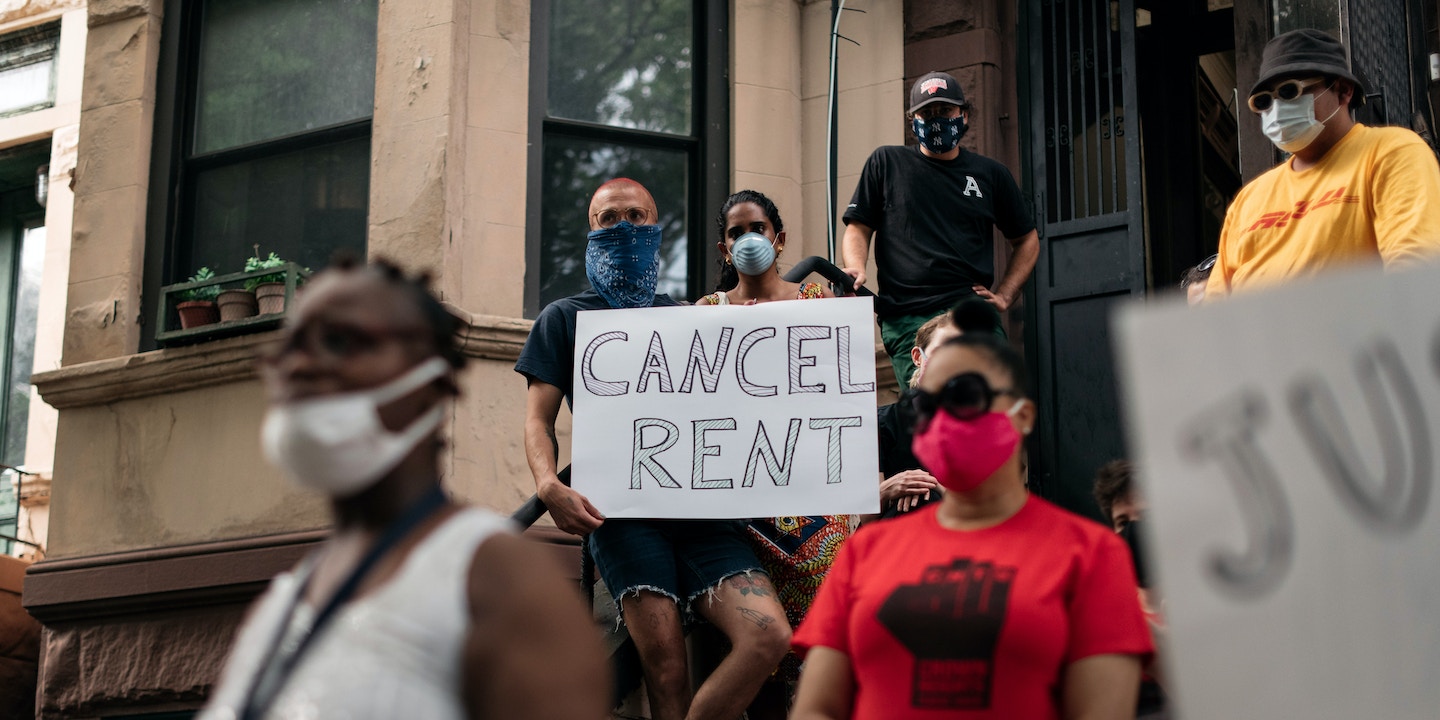 Allilsa Fernandez was about to start a full-time job as a home health aide when New York City went into lockdown in March 2020. She had to give it up due to health issues like asthma. Fernandez still had a part-time aide job she could do remotely, but finances became dire quickly. “Sometimes the money wasn’t even enough to eat, so I would go to sleep hungry,” she said.

Her roommate also lost her work as a babysitter when families told her to stop coming. The two of them struggled to make rent on their apartment in Briarwood, Queens. But their landlord refused to let them use their security deposit to cover rent as allowed in New York and would only accept full payments.

In two separate pandemic relief packages approved in December and March, Congress sent a total of $46.5 billion in rental assistance to states, theoretically meant to help people like Fernandez. Nearly 400 programs have been created around the country to get this money to renters. While national data on how much money the programs have dispersed is difficult to track, Fernandez is one of countless Americans who still haven’t received a cent, even as they stare down the end of eviction moratoriums that have helped keep them in their homes. The federal moratorium issued by the Centers for Disease Control and Prevention ends June 30, and just three states and Washington, D.C., will have full protections that last beyond that.

At first, the biggest problem was that many rental assistance programs hadn’t gotten off the ground; New York’s online application, for example, didn’t open until June 1. But as applications become available, tenants are facing an even bigger hurdle, according to data being collected by the National Low Income Housing Coalition, an affordable housing advocacy organization: Many cities and states are making it difficult for tenants to make it through the application process and start receiving funds, risking a failure to get money into the hands of people who desperately need it.

As of June 10, the NLIHC has found that less than half of the 396 programs created by states and localities so far — 183 — allow tenants to self-attest that they qualify, essentially swearing under oath that they meet the requirements. Instead, most states require reams of paperwork. That’s despite the fact that in early May, the Biden administration released guidance telling programs to allow them to rely on proxies and discouraging “burdensome documentation.”

Requiring tenants to provide proof that they qualify — that they have experienced coronavirus-related hardship, that their income is low enough, and that they are at risk of housing instability — is slowing everything down, said Rebecca Yae, senior research analyst at the NLIHC. It will take program administrators, who were already overstretched to get things up and running, a long time to wade through so much paperwork.

Tenants who don’t have access to those documents may be unable to apply altogether. “There are a number of documents that are extremely difficult to produce,” Yae said. Lake County, Florida, for example, requires all adults in a household to provide an official piece of mail, a tax return, and a government-issued ID. Fulton County, Georgia, asks for documentation to prove risk of homelessness as well as records of all assistance received during the pandemic.

Some of the eligibility categories are confusing. After a year of living in a pandemic, what does it mean to experience hardship related to it, and how do you go about proving it? “If a tenant can’t see at a glance that there are alternative forms of documentation that are allowed or alternative ways to show income,” Yae said, then they may be discouraged from even trying to apply say. Others will get partway through and give up.

While New York’s program allows tenants to self-attest that they qualify for help, it still asks for “a ton of paperwork,” said Cea Weaver, campaign coordinator of Housing Justice for All. The state’s documentation list requires identity verification for each household member as well as proof of residency, income, and the monthly rent amount. “The application is onerous and it turns people off,” she said.

Fernandez logged onto the state’s website at 9 a.m. the day it opened to submit her application. But it was “a mess,” she said. She found herself scrambling to track down documents — such as a copy of her ID, her lease, and this year’s taxes — as she went through the process. The application also asked for information from her landlord she doubted she could get, such as a letter and his bank account information.

The other big problem, according to the NLIHC’s data, is that many tenants might not get the money at all if their landlords refuse to participate. Just 103 programs have stipulated that, in that case, funds will go directly to tenants; instead, many will have to wait or simply give up if their landlords remain opposed. There is no requirement that landlords partake in the programs. The Biden administration has pushed programs to bypass reluctant landlords, but not all are following along. “Some programs have really said, ‘No, we just won’t provide that assistance,’” Yae said.

A lack of landlord participation has been an obstacle in previous state-level programs. A survey in Los Angeles found that less than half of small and midsized landlords participated in the city’s previous rental assistance program; over a quarter of large ones in Philadelphia refused. “I can’t imagine that it’s just magically not a problem now,” Yae said.

Under New York’s program, landlords have six months to decide whether to take the money from the federal government. If the landlords refuse to participate, the state will hold the funds in an account that the tenant can use as a defense in housing court. As Fernandez waits for her application to be adjudicated and her landlord to respond, she notes that she’s more or less stuck in her apartment. “I’m dying to be able to just move out and rent a place that I’m actually able to afford,” she said. But if they leave, they forfeit their rights to any money. “I feel like I am stuck in a wheel and I can’t get off.”

The Biden administration has required programs to prohibit landlords from evicting tenants over the rent that was owed and encouraged the programs to do so for some time into the future. While this measure is meant to protect tenants, it has made some landlords hesitant to participate, said Weaver. The advocate noted that one tenant in New York, a state which has banned landlords from evicting tenants for a year after receiving the money, reported that her landlord refused to fill out the paperwork because he wants to be able to remove her and raise the rent.

Even if people are able to make it through the application process, there is likely just not enough funding to wipe out the back rent owed. The money has been sent to states based on their total population, not on how many people rent, how high rents are, or how many people are behind. States like California, New York, and Florida, which have a lot of renters, high rents, and big service-sector job losses, will struggle to cover the need.

It’s hard to say just how much is needed. But the amounts are large and growing. Renters taken to court in December owed double or triple compared to those the year before. Among about 13,000 families living in New York City affordable housing, back rent jumped 66 percent, while those owing more than $10,000 increased 140 percent.

“The hardest-hit families,” said Emily Benfer, visiting law professor at Wake Forest University and chair of the American Bar Association’s Covid-19 Task Force Committee on Eviction, “will have amounts of debt that they may not be able to repay in their lifetimes.”