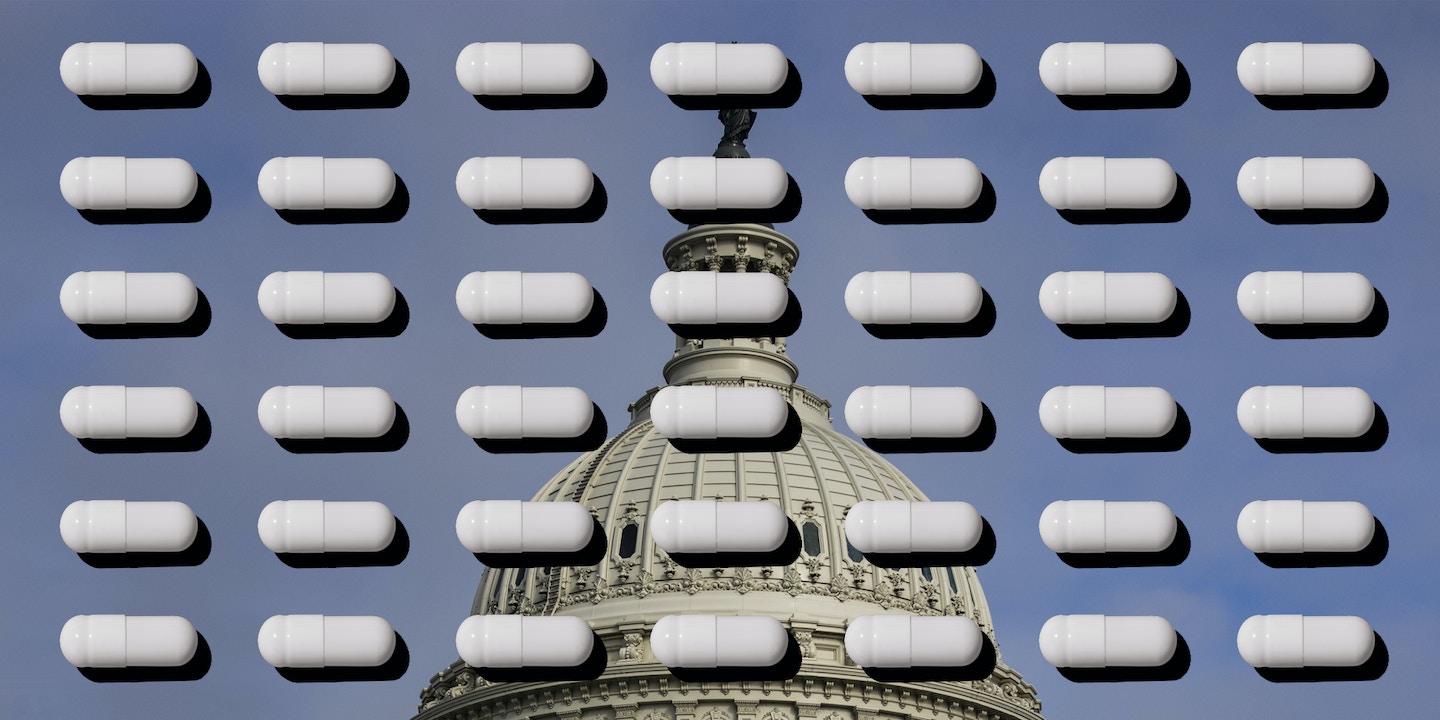 In 2004, then-Sen. Blanche Lincoln, D-Ark., cast herself as a conservative, commonsense Democrat focused on finding savings, such as moving to allow Medicare to use its size and scale to collectively negotiate lower drug prices.

“We tried desperately to allow the secretary of [the Department of Health and Human Services] to negotiate, using all 42 million seniors as a negotiating tool, to bring down the cost of pharmaceuticals,” said Lincoln, staring down her Republican opponent during a televised debate. “And we weren’t allowed to do that. At least two times I voted on that amendment.”

Days later, she won her reelection campaign. But six years after that race, Lincoln was swept out of office during the 2010 congressional midterm elections, due in part to an infusion of drug company dark money that flowed into the race.

Lincoln now serves Pfizer as a lobbyist focused on blocking the very cost-saving proposal she once championed. The Lincoln Policy Group, a firm she founded, brings in about $20,000 per month working to maintain the ban on Medicare negotiating lower drug prices that is now being weighed in Congress’s budget reconciliation package.

In strategy calls with other drug company officials, Lincoln has worked to fight the drug pricing proposal. And in recent weeks, the former senator has continued to socialize with Democratic leadership, including making an appearance at a recent rooftop party in Washington, D.C., where House Majority Whip Rep. James Clyburn, D-S.C., and Sen. Chris Coons, D-Del., were in attendance.

The popular, once bipartisan idea to hold down Medicare costs is now at the center of President Joe Biden’s domestic agenda. Legislation backed by the administration calls for Medicare to mirror other government agencies, such as the Department of Veterans Affairs, in being able to negotiate for cheaper medicine through the Part D program.

The idea could potentially save the government nearly $500 billion over a decade, freeing up funds to pay for the expansion of other Medicare programs, including a new proposed benefit to cover dental, vision, and hearing care that is part of the president’s so-called Build Back Better plan. The drug pricing proposal could also translate to lower prescription costs across the board, as private health insurers would also have access to the reduced prices.

The drug industry, according to its top lobbyist, Stephen Ubl, has made defeating the provision its top priority, calling the legislative effort “an existential threat to the sector.” The industry has marshaled major resources, including calls from patient advocacy groups and sponsored advertising in key districts.

But inside the Beltway, the opposition is coming from familiar faces. Many leading Democratic lawmakers and staff have been hired by the drug industry to convince their former colleagues to abandon the drug pricing proposal.

The Democratic National Committee held its very first indoor, in-person fundraiser this year on the rooftop of Brownstein Hyatt Farber Schreck, a prominent law firm that helps drug companies such as Eli Lilly and Co., Johnson & Johnson, and Roche influence the drug pricing debate. Lobbyists from the firm mingled with DNC Chair Jaime Harrison and other prominent Democratic officials, according to a report about the event.

Lincoln’s onetime colleague, former Sen. Mark Pryor, D-Ark., also works at Brownstein as a lobbyist for Eli Lilly and Co. Pryor, like Lincoln, voted to allow Medicare to negotiate for lower drug prices when he served in office, before making the jump to the private sector. In 2007, Pryor appeared with other Senate Democrats and activists to demand action on lowering prescription drug prices by lifting the prohibition on Medicare’s negotiating power.

Ann Jablon, former chief of staff to Rep. Richard Neal, D-Mass., the current chair of the Ways and Means Committee, with jurisdiction over tax-writing policy, currently represents several drug companies as a lobbyist, including Amgen Inc., Astellas Pharma, and Bayer.

Pharmaceutical Research and Manufacturers of America, the trade group that represents the largest drug companies in the world, has also gone on a hiring spree of Democratic lobbyists, adding Vin Roberti, a prominent fundraiser close to Pelosi, to its roster of 185 registered lobbyists earlier this year. In recent months, PhRMA has hired other firms with close ties to congressional Democrats, including Thorn Run Partners, Foley & Lardner LLP, and Tiger Hill Partners. In July, PhRMA hired Christopher Putala and his firm, Putala Strategies, as a contract lobbying firm. Putala is a former aide to Biden.

The drug industry has even retained some influence among its most outspoken critics. Michaeleen Crowell, former chief of staff to Sen. Bernie Sanders, I-Vt., is working as a lobbyist on behalf of drug company Horizon Therapeutics PLC against the Medicare pricing proposal.

Of course, it’s not only Democratic staff and lawmakers retained by drugmakers. Former Sen. Jon Kyl, R-Ariz., is retained by both Merck and PhRMA, while former Rep. Tom Davis, R-Va., works for Pfizer. Dozens of former GOP aides make a living as drug industry lobbyists.

The tidal wave of influence spending appears to be paying off. Not only are GOP lawmakers standing firm against any measure to allow Medicare to use its bulk buying power to bring down prices, but a few conservative Democrats have also broken ranks to threaten the proposal.

Last month, a group of centrist House Democrats, including Reps. Kurt Schrader, D-Ore.; Scott Peters, D-Calif.; and Kathleen Rice, D-N.Y., joined with Republicans to vote against adding the Medicare drug pricing language to the $3.5 trillion social spending bill in the House Energy and Commerce Committee. Instead, they support a counterproposal that would limit the drugs Medicare could negotiate. Schrader and Peters have both received significant campaign cash from the pharmaceutical industry.