Ravi Ragbir said he was targeted for deportation because of protected speech criticizing ICE and the immigration enforcement regime. 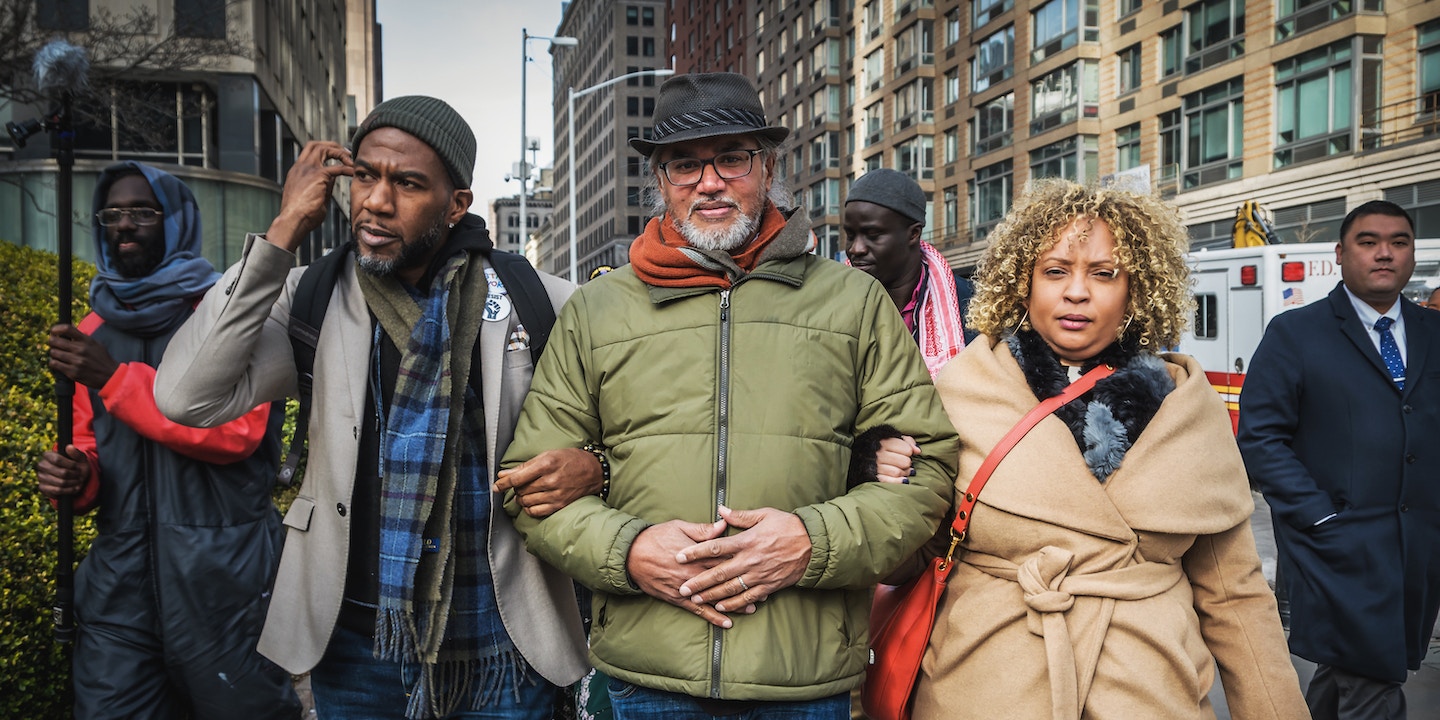 A New York City activist who alleged in court that he was targeted for deportation by U.S. Immigration and Customs Enforcement because of his political speech settled his lawsuit against the government, winning a three-year reprieve from deportation, the activist, Ravi Ragbir, told The Intercept.

The settlement ends a long-running court battle over whether the government is allowed to target people for deportation based on their political speech, and whether courts have the power to protect the First Amendment rights of undocumented immigrants.

“What we did is a victory on many levels, because immigrants were being told we didn’t have any rights, especially First Amendment rights.”

Ragbir was the executive director of the New Sanctuary Coalition of New York City in 2018, leading an organization that helped undocumented New Yorkers fight deportation and rallied public opinion against ICE and harsh immigration policies. Ragbir himself lived under the cloud of a deportation order.

“What we did is a victory on many levels, because immigrants were being told we didn’t have any rights, especially First Amendment rights,” Ragbir said. “We were able to take this up and prove this strategy to people who are now using the First Amendment as a way to challenge what is happening to them and the retaliation that they have experienced.”

Asked whether ICE believes it did anything wrong in Ragbir’s case, and whether the agency has instituted any policy concerning the targeting of people for deportation based on their constitutionally protected speech, an ICE spokesperson declined to comment. The Department of Justice, which represented ICE in the case, did not respond to a request for comment.

Ragbir legally immigrated from Trinidad as a young man but subsequently served a prison sentence for a wire fraud conviction related to a mortgage fraud investigation, a criminal record that can lead to removal from the U.S. In the decade after his release, Ragbir became one of the most visible advocates for undocumented immigrants in New York City, even as he lived under an order of removal and continued to make required periodic check-ins with the local ICE field office.

A policy put in place during the Obama administration had prioritized the deportation of undocumented people deemed to pose a danger to the public, but President Donald Trump lifted the restriction. Soon, there were indications that ICE was using the expanded mandate to target its most vocal critics. In January of 2018, Jean Montrevil, another leader of the New Sanctuary Coalition, was picked up outside his home in Queens, New York, and hustled out of the country before his lawyer could even challenge his detention.

The same day Montrevil was picked up, Ragbir’s supporters and others began to notice that the New Sanctuary offices, located in Greenwich Village’s Judson Memorial Church, appeared to be under surveillance. ICE officials initially denied surveilling Ragbir and New Sanctuary Coalition but ultimately conceded that it had.

When Ragbir attended a scheduled check-in at the ICE headquarters on January 11, 2018, he was detained. Ragbir’s supporters attempted to block the ambulance carrying him, leading to a melee up and down Broadway: Federal and New York police tried to clear the road by force, choking clergy members and arresting 18 people. The New York police escorted ICE officers carrying Ragbir to the city line, and he was quickly put on a plane to a detention center in Florida.

Before ICE could get him out of the country, Ragbir sued, alongside the New Sanctuary Coalition and other immigrant rights groups. The lawsuit alleged that Ragbir’s attempted deportation was part of a broad pattern of ICE targeting people based on First Amendment-protected political speech.

Justice Department lawyers countered that an immigration law from the 1990s designed to speed and streamline deportations precludes courts from protecting the speech of people subject to deportation. In April 2019, a panel of the 2nd Circuit Court of Appeals disagreed.

“The government’s retaliation was egregious,” the court found. Though the 1996 immigration statute limits the court’s ability to intervene, “Ragbir’s claim involves outrageous conduct,” according the ruling, and “to allow this retaliatory conduct to proceed would broadly chill protected speech, among not only activists subject to final orders of deportation but also those citizens and other residents who would fear retaliation against others.”

“Ravi’s case stands as a warning to ICE and other public officials that they cannot abuse their powers by retaliating against those who speak out against them.”

Ragbir and immigrant rights activists celebrated the ruling as a resounding win, but the Justice Department appealed to the U.S. Supreme Court, which vacated the ruling and sent Ragbir’s case back down to district court. In June 2020, the Supreme Court ruled in a separate case that people who wish to challenge ICE’s decision to deport them in fact have very little recourse to the courts. That case was different in some respects from Ragbir’s — it did not concern ICE using its discretion to target people for their protected speech — but it emphasized how hostile sitting justices are to the idea of exposing deportation decisions to judicial scrutiny.

In this uncertain legal climate, Ragbir decided to settle his suit. Under the terms of the deal, ICE and the U.S. government don’t admit they did anything wrong, but they do grant Ragbir a three-year reprieve from deportation proceedings. While Ragbir and his lawyers concede that it is frustrating not to see their claims vindicated in court, they say the settlement still feels like a victory.

William Perdue, one of Ragbir’s lawyers on the case, said the litigation will likely cause ICE to think twice before targeting critics for deportation again. “Ravi’s case stands as a warning to ICE and other public officials that they cannot abuse their powers by retaliating against those who speak out against them, and that if they do there are those who will who will fight back,” he said.

Ragbir said he plans to use the three-year reprieve to find a more permanent way to stay in the U.S. — and to continue organizing and advocating for undocumented people.

“This is why ICE hated me,” Ragbir said, “because I will publicly say this: The next few years are an opportunity for me to be not only vocal, but extremely vocal.”