The groups often lobby against pro-worker interests — but that doesn’t stop them from rebranding as “employee PACs.” 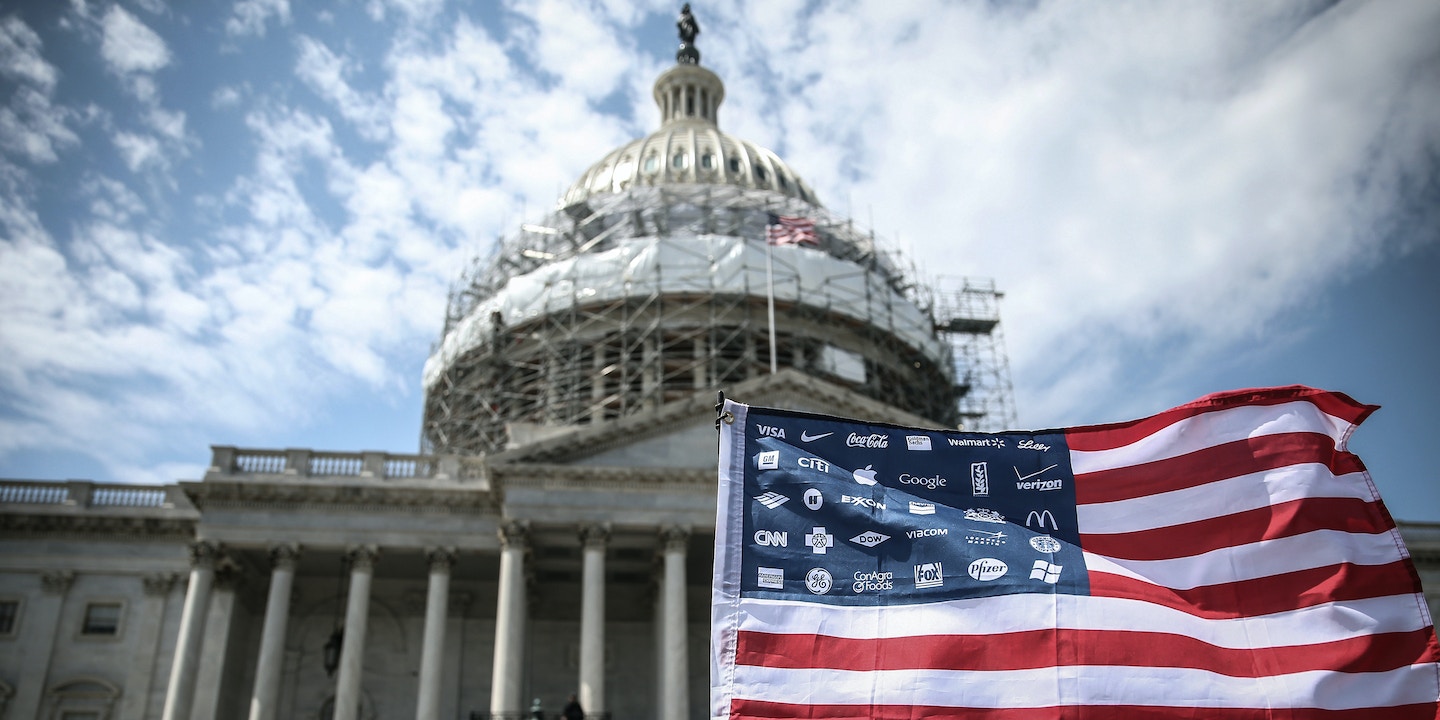 Corporate PACs are having a public relations crisis.

Four years ago, a quickly successful effort led by the liberal advocacy group End Citizens United sparked a national conversation about the corrupting influence of money. More than 200 Democratic congressional candidates in the 2018 cycle — including big names like Beto O’Rourke and Alexandria Ocasio-Cortez — swore off contributions from corporate political action committees, which represent big businesses from chain retailers to defense contractors. Even though corporate PAC dollars make up only a tiny fraction of the donations sloshing around American politics, advocates maintained that the gesture signaled a clear commitment to campaign finance reform — and the pressure seemed to work. By the start of 2021, one-fifth of Democratic lawmakers were refusing corporate PAC money.

So the trade association that lobbies to promote corporate PACs sought a marketing fix.

“Candidates can run the kind of campaign they want, but what happens when they reject contributions from employee-funded #PACs?” asked the group, called the National Association of Business Political Action Committees, in a 2020 tweet. “It sends the message to American workers that their voices aren’t valid simply b/c of the way they choose to give.” In another blast, the NABPAC said pledges against corporate PACs deny “millions of #AmericanWorkers their voice.”

The group — which was founded in 1977 and prides itself on “promoting the role of PACs in the campaign finance system and defending against threats from Congress, the FEC, the media and others” — went as far as to claim that the “NABPAC exists for the sole purpose of advocating for the free speech rights of employees across America.” The group’s new strategy is to try and rebrand the donation vehicles as “employee-sponsored PACs,” so that Democrats who swear them off can be cast as silencing worker voices.

After the attack on the U.S. Capitol on January 6, 2021, corporate PACs were thrust yet again into the spotlight — this time under pressure to withhold money from the 147 Republican lawmakers who had voted to overturn President Joe Biden’s electoral victory. More than 80 percent of corporate PACs paused contributions to federal candidates in the wake of the insurrection, and nearly half launched a reevaluation of their candidate contribution criteria.

Under public scrutiny, corporations have been readily embracing the NABPAC’s new language. Mainstream media outlets, too, have started to adopt the framing, as have some Democratic lawmakers. For those who once pledged to reject corporate PAC donations and have since changed their minds, the spin might help justify the reversal.

A corporate PAC is managed by, and part of, a corporation, and under the law, a business can solicit donations for its PAC of up to $5,000 per year from its so-called restricted class — meaning executives, shareholders, lobbyists, and their families.

Though rank-and-file employees can help fund a corporate PAC — just twice a year and only when asked in writing — such vehicles do not exist to represent the political views of those staff. Corporations readily admit this themselves. The “personal political preferences” of Meta employees “do not influence” Facebook or MetaPAC’s political contributions, the company states on its website. Management of AT&T’s PAC is handled by a senior executive who reports directly to the CEO, the company stated in its 2020 report on political engagement. The executive had formerly chaired the Republican National Committee and been an adviser to President George W. Bush.

“This is all branding; there have been no regulatory changes,” said Sarah Bryner, research director for the Center for Responsive Politics. “The vast majority of donations come from executives, lobbyists, shareholders, high-ranking people, and their family members.”

“This is all branding; there have been no regulatory changes.”

Indeed, corporate political activity is often at odds with the interests of workers, like when a PAC representing restaurant chains donated tens of thousands of dollars to fight efforts to raise the minimum wage, or when Apple fought legislation to stop forced labor in China, or when Murray Energy lobbied the Trump administration to roll back mine safety regulations. In the 2020 election cycle, half of Facebook’s PAC spending went to Republicans, while 98 percent of Facebook employee contributions went to Democrats.

All of this is happening in the backdrop of rising political coercion in the workplace. Political scientist Alexander Hertel-Fernandez has been tracking the ways that companies, post-Citizens United, can compel their workers to participate in politics as a condition of employment and fire them for refusing. One survey he led in 2015 found that up to 25 percent of employees — or 29 to 39 million Americans — had received some political contact at work, and 46 percent of managers reported that they had mobilized workers into politics during that period.

“Business PACs are set up to benefit the corporation and its political goals,” said Daniel Weiner, director of the Brennan Center’s Elections and Government Program. “I don’t think it’s the workers’ voices who are being silenced if a candidate doesn’t raise money from corporate PACs, nor do I really think corporations are being silenced, given how many other routes they have [to contribute].”

But the spin has already begun seeping into mainstream media coverage.

“Political giving from Northrop Grumman’s employee-funded PAC reached $4.8 million last year,” the Washington Post reported in 2021, referring to the defense contractor’s corporate contributions. Politico covered Juul’s 2018 corporate PAC launch by calling it an “employee PAC.” Roll Call said in January that the Home Depot’s “almost $7.5 million to politicians and political organizations working to weaken access to abortion” came from its “employee PAC and other means.” Other examples have cropped up in the Wall Street Journal, The Hill, Fox, and Financial Times.

“No rebranding effort will change the fact that the sole purpose of corporate PACs is to buy more of that influence so they can increase profits — whether it’s through loopholes to avoid paying their fair share of taxes, weakening laws to protect consumers, or being able to gouge prices during a pandemic without consequences,” said Adam Bozzi, a spokesperson for End Citizens United. 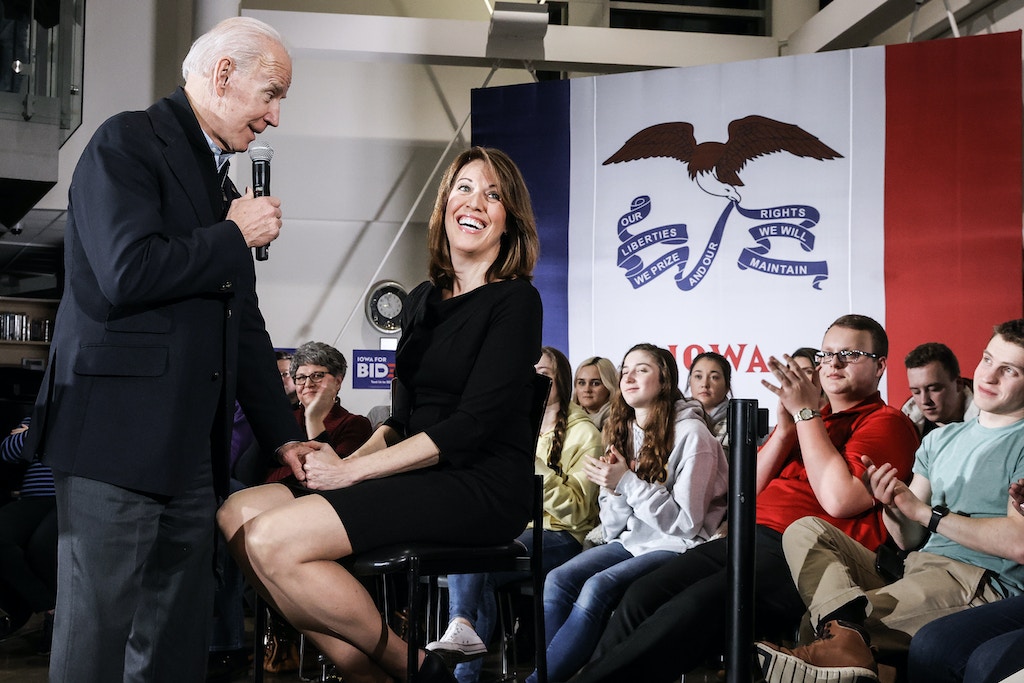 For Democratic candidates who swore off corporate PAC money in earlier cycles now looking to boost their campaign coffers, the “employee PAC” language is providing a lifeline.

Rep. Cindy Axne, D-Iowa, who flipped her House seat in 2018, recently began accepting corporate PAC donations after swearing them off in her first run for Congress. She is one of just a few Democrats who won their 2020 elections in districts that voted to reelect former President Donald Trump that year. In her most recent fundraising filing, the Des Moines Register reported last month, Axne disclosed about $36,000 worth of donations from corporate PACs.

“She is accepting donations from everyday Americans — whether as individuals or through employee-pooled groups — so she can stay on a level playing field while working to keep someone in Washington who is on Iowa’s side,” Axne’s campaign spokesperson, Paige Godden, wrote in email to The Intercept.

Rep. Elaine Luria, D-Va., who also swore off corporate PAC donations in 2018, reversed her position for the coming cycle and began accepting PAC donations from entities like Lockheed Martin, Boeing, Walmart, Alphabet, and Raytheon in the final weeks of 2020.

“If you’re one of the many corporations trying to compete for a politician’s time, PACs are an easy signal that you want the relationship and are willing to invest in doing so.”

A spokesperson for Luria did not return The Intercept’s request for comment, but her campaign manager told The Virginian-Pilot, “We’ve always taken ideological PAC money, association PAC money, and labor PAC money. All of our reports show that. The new element is corporate employee pooled money. All these PAC funds come from individual small dollar contributions from employees.”

Businesses have also been able to bypass corporate PAC bans by contributing indirectly through trade groups and other loopholes.

The NABPAC, the corporate PAC trade group, is also looking to raise corporate PAC contributions, lobbying Congress to double the limits so that companies could donate up to $10,000 instead of the current $5,000 maximum. Speaking to Politico in 2018, NABPAC Executive Director Geoff Ziebart put it simply: “We believe there isn’t enough money in politics.”

Bryner, of the Center for Responsive Politics, noted that corporate PACs today remain quite active — largely because they’re one of the key ways corporations can reach members of Congress. “If you’re one of the many corporations trying to compete for a politician’s time, PACs are an easy signal that you want the relationship and are willing to invest in doing so,” she said.

Bryner said corporations are “in no danger of being silenced in America,” but the pivot to emphasizing “employee-funded” PACs is evidence that they’re sensitive to public scrutiny. “This does show the public pressure clearly has been affecting them to some degree,” she said, “or else they wouldn’t be doing this.”