With a contract deadline looming, rights groups want the administration to stop detaining immigrants at the Glades County Detention Center. 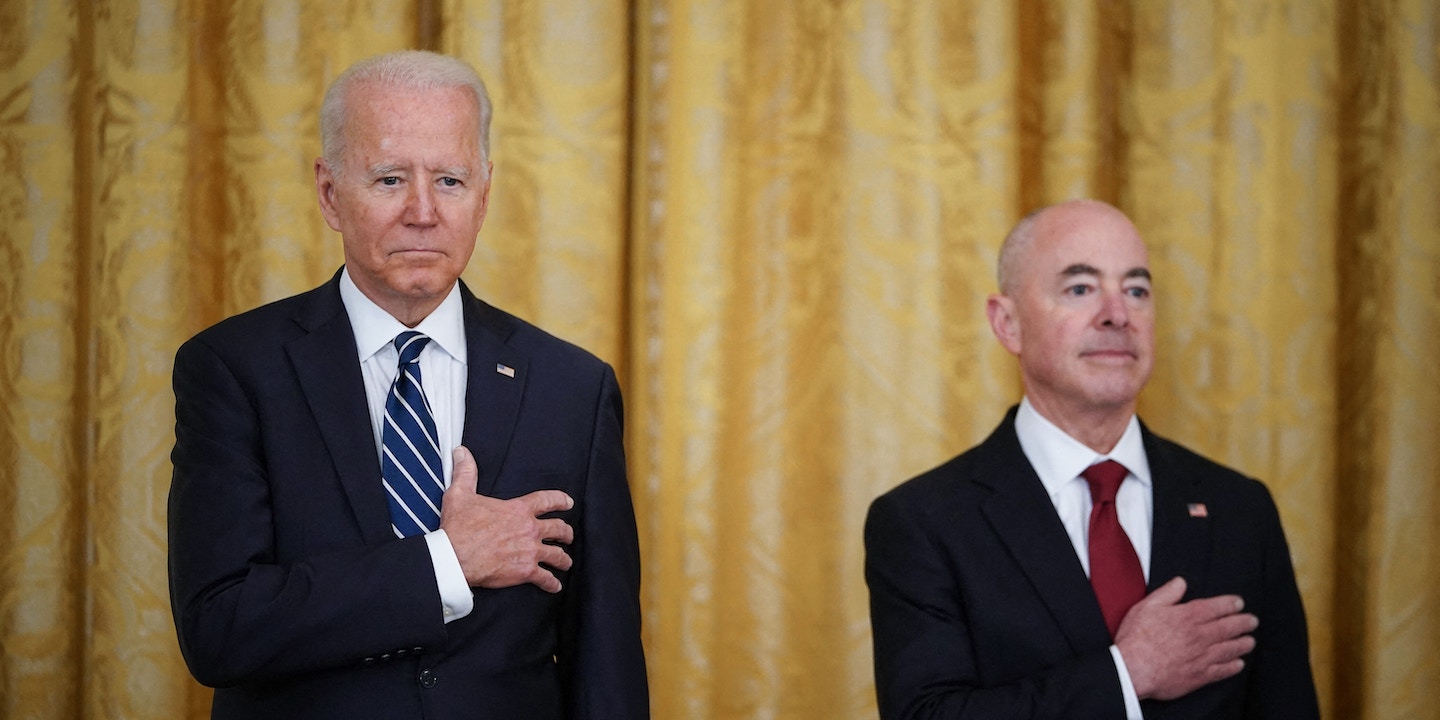 With a critical contract deadline looming, a coalition of advocacy organizations is calling on the Biden administration to permanently end the federal government’s use of a Florida detention center with a long and troubled history of negligence, abuse, and violence as a holding pen for undocumented immigrants.

The contract for Glades is up for renewal on April 30. The Biden administration announced that it was limiting ICE’s use of the county jail last month. Currently, there are no immigrant detainees locked up in the facility. The Shut Down Glades Coalition — the high-profile national organizations and local grassroots groups that sent Mayorkas the petition — said it should stay that way and is calling on the administration to officially terminate its relationship with the jail to ensure that it does.

“ICE often empties its detention centers in the face of public scrutiny only to quietly refill them months later under a veil of secrecy. We won’t let that happen here,” Sofia Casini, director of visitation advocacy strategies at Freedom for Immigrants, a nonprofit devoted to abolishing immigration detention and a member of the coalition, said in an email to The Intercept. “Years of failed, toothless investigations have further proven what we always knew to be true: Glades is beyond the reach of reform, and no amount of window dressing could change that reality.”

“Years of failed, toothless investigations have further proven what we always knew to be true: Glades is beyond the reach of reform.”

The coalition to close the Florida facility began coming together in late 2020 amid a terrifying wave of Covid-19 outbreaks that tore through ICE facilities. In the year and a half since, the groups have waged a steady campaign to close the detention center. Collaborating with individuals currently and formerly housed in the facility, waging hunger strikes and rallies, the efforts to close Glades started picking up momentum in recent months.

In March, Earthjustice, along with 13 other groups — many of them members of the Shut Down Glades Coalition — called on the Environmental Protection Agency to “immediately investigate” Glades for the alleged misuse of hazardous disinfectants inside the facility’s poorly ventilated living and eating areas. (ICE declined to respond to a Scientific American investigation into the alleged practice, citing “pending litigation on this subject.”)

In January, the American Civil Liberties Union and Citizens for Responsibility and Ethics in Washington demanded that ICE’s acting director, as well as the head archivist for the U.S. government, “promptly take action to address the ongoing deletion of surveillance video” by officials at Glades, including video that “may contain key evidence needed to vindicate the rights of immigrants detained at Glades.” (An ICE spokesperson told the Miami Herald that the agency was investigating the allegations in January.)

In November, the detention center was the site of a carbon monoxide leak that led to the hospitalization of four people housed in the facility as well as a kitchen staffer. And in August, women held in the facility filed a complaint alleging “being sprayed with a toxic chemical that poses a risk of infertility and exacerbates the spread of COVID” as well as “sexual voyeurism by male guards.”

Issues at the facility have attracted attention from Congress. In July 2021, Rep. Debbie Wasserman Schultz, a Florida Democrat, wrote her own letter to Mayorkas, calling on the secretary to “move expeditiously to close” Glades.

Wasserman Schultz pointed to a complaint that members of the Shut Down Glades Coalition filed with the Department of Homeland Security’s Office of the Inspector General and Office for Civil Rights and Civil Liberties that included the testimonies of 25 individuals who described “patterns of medical abuse; lack of soap, hygiene products, sanitation, and PPE; continued transfers between facilities without quarantine; failures to follow court orders to release individuals from Glades; retaliation for peaceful protest, including a pattern of off-camera physical assault; use of toxic chemical spray in enclosed spaces; and hospitalizations and death.”

Wasserman Schultz sent Mayorkas a follow-up letter reiterating her request in February. She is one of more than two dozen members of Congress who have called for Glades’s closure over the past two years.

In a press release addressing the Biden administration’s to plan wind down its use of Glades, ICE acknowledged that it had “reduced its use of the Glades County Detention Center, in part due to persistent and ongoing concerns related to the provision of detainee medical care, and because the facility is of limited operational significance.”

“Nevertheless, ICE has continued to pay for a minimum number of beds, many of which the agency has not and likely will not utilize,” the statement added. “The agency will not extend the guaranteed minimum beds provision of the agreement. Any future use of the facility will be dependent on fully addressing any conditions that do not meet detention standards.”

Since 2017, nearly 80 complaints concerning conditions inside Glades have been filed with Homeland Security oversight offices. While those complaints “highlight the abuse suffered by roughly 140 individuals,” the Shut Down Glades Coalition noted, “the true extent of the harm is much broader as these complaints represent only the individuals who found the courage, resources, and allies to file the complaints.”

“So long as the Biden administration continues to prop up this abusive jail, it will continue to bear responsibility for the unconscionable human rights abuses committed against Black and brown immigrants held at Glades,” said Casini, of Freedom for Immigrants. “Glades is emblematic of the inherently abusive immigration detention system, and now is the moment to permanently shutter its doors and release all who were harmed there and secretly transferred to other detention centers.”