Democrats’ Cowardice and Complicity in the Post-Roe World

The liberal establishment refuses to take any sort of risk in the service of women’s and other pregnant people’s lives. Xavier Becerra, secretary of the Department of Health and Human Services, speaks during a news conference about an action plan in response to the Supreme Court decision to overturn Roe v. Wade in Washington, D.C., on June 28, 2022.

It should come as little surprise that the Biden administration and Democratic leadership in Congress are doing hardly anything to protect reproductive rights following the fall of Roe v. Wade.

Speaking on “Meet the Press” this Sunday, Department of Health and Human Services Secretary Xavier Becerra made clear that his agency had little interest in exploring ways to use federal powers to ensure abortions remain available in states that have banned the procedure.

This unbound deference to the moribund institution of the Supreme Court is typical of the mainstream liberal response to the end of Roe.

This unbound deference to the moribund institution of the Supreme Court — paired with a cowardly refusal to take any sort of risk in the service of women’s and other pregnant people’s lives — is typical of the mainstream liberal response to the end of Roe. On the Sunday talk show, Becerra rejected the centrist host’s suggestion to place temporary clinics on federal lands and force the courts to decide. Instead, the administration is throwing up its hands without even trying.

It would be difficult to overstate how badly Democrats dropped the ball on preventing Roe from being endangered and then preparing for it to be overturned. The world after Roe, though, is showing the liberal establishment’s cowardice and complicity when it comes to getting access to abortions for people who need them. From House Speaker Nancy Pelosi reading an Israeli poem to the repeated entreaties to vote harder, the utter failure is staggering.

Democrats in government are not the only ones whose scant resistance will ensure that the Christo-fascists can enforce their post-Roe reality. Numerous health care providers and nonprofit organizations — most notably Planned Parenthood — are acting with preemptive zeal to remove reproductive and other health care services, even while legal gray areas abound.

Planned Parenthood, a group that does much good work but also exists firmly within the reluctant liberal establishment, has shown a lack of fortitude since the Supreme Court’s Dobbs v. Jackson Women’s Health Organization decision took down Roe last month. Planned Parenthood of Montana will no longer provide medication abortions for patients from South Dakota, Arkansas, Missouri, and Oklahoma and will now require proof of residency for the treatment.

“The risks around cross-state provision of services are currently less than clear, with the potential for both civil and criminal action for providing abortions in states with bans,” wrote Montana Planned Parenthood CEO and President Martha Fuller in an internal email to her staff, which was obtained by the Daily Beast. “As we move forward, and learn more about risks, we will be offering guidance and implementing any necessary changes in policies and procedures for abortion care.” 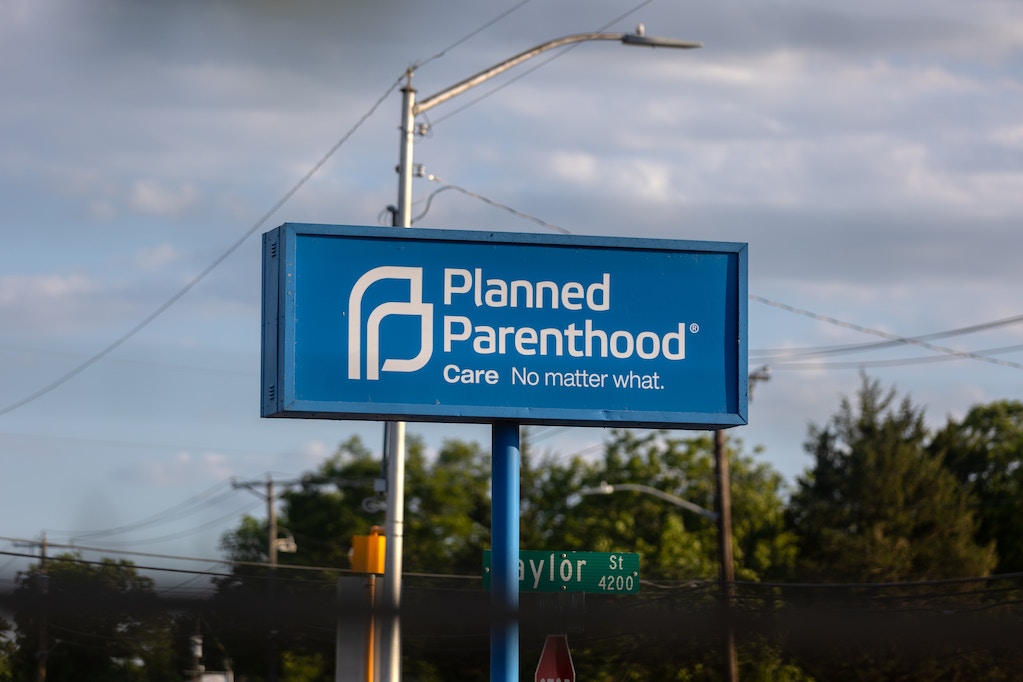 The Planned Parenthood Southwest Fort Worth Health Center in Fort Worth, Texas, on July 3, 2022.

Fuller is correct that the end of Roe brings about a new battleground of interstate juridical conflict: Republican-led statehouses are trying to find ways to prosecute out-of-state abortion providers. Numerous blue states are, thankfully, passing laws to combat this in turn. None of it is settled, and it remains legal for Planned Parenthood of Montana, where abortion is legal, to provide abortion pills to patients from out of state. Fuller even noted that surgical abortions would remain available for patients from any state.

Continuing to provide medical abortions for all should be the very least a well-funded institution could do. Instead, in the name of litigiousness, Planned Parenthood handed yet another victory to the pro-natalist far right.

In Missouri, meanwhile, St. Luke’s Health System, which operates 17 hospitals, pharmacies, and urgent care clinics in Kansas City, responded to the fall of Roe by immediately ending the provision of Plan B emergency contraception pills.

Within a day, however, the major health system reversed its decision. Missouri Gov. Mike Parson had clarified that the state’s new abortion ban did not affect Plan B or similar products.

The health care provider’s hair-trigger willingness to briefly stop providing Plan B remains chilling: a clear signal that as the GOP continues its fight to decimate all reproductive rights, including access to contraception, major hospital groups will follow in goose-step. In examples like St. Luke’s, the hospitals and their lawyers have been at the vanguard of care removal — even before a law was on the books to coerce action. Police look on as abortion rights demonstrators march past the house of Supreme Court Justice Brett Kavanaugh in Chevy Chase, Md., on June 29, 2022.

In the days since the Supreme Court’s vile and long-predicted ruling, stories spread across social media of women who have been denied care, even care unrelated to ending a pregnancy.

A Virginia woman with the autoimmune disease lupus tweeted that her doctor had stopped prescribing her medication, methotrexate, because it is considered an abortifacient: “in less than one week i lost access to healthcare that i need because the drug could be used to induce abortions,” she wrote. “I live in Virginia and abortion is legal here. but it is not protected by law and individual providers and pharmacies can decide what they will and won’t do re: abortifacients.”

Meanwhile, other stories are circulating of OB-GYNs in red states waiting to operate to end potentially deadly and always unviable ectopic pregnancies until the patient’s life is in clear danger, so as to be in compliance with abortion bans’ “medical emergency” exemptions.

When Republicans designed abortion ban legislation to evade federal court challenges by relying instead on vigilante enforcement — like Texas’s pernicious Senate Bill 8 — it was in the knowledge that health care providers would respond with litigious compliance. Under a privatized model of medical care, the bottom line will always trump a broader commitment to human health and flourishing.

Those who continue to take risks to fight for reproductive justice make clear that real resistance is possible.

That so many have given up on reproductive rights so swiftly, even those purportedly dedicated to reproductive health care, is a grim reminder that neither the medical nor the political establishment can be relied upon as allies in the struggle for a robust reproductive justice. It’s hardly news: The U.S. medical system has long treated poor Black and brown women — who disproportionately suffer under abortion bans — as disposable.

Thankfully, while establishment Democrats, major nonprofits, and private health care groups act in timid compliance to fascist rule, sites of genuine resistance continue to grow. Collectives and individuals have long been committed to sharing information, support, resources, abortion pills, and services. They understand the need to navigate legal gray areas and work within, outside, and against violent laws.

Those who continue to take risks to fight for reproductive justice make clear that real resistance is possible. They clarify, too, that those caving so readily to a fascist status quo are making a choice to stand on the wrong side of history.