The mailers were paid for by Bowman’s opponent, Vedat Gashi, whose campaign denied the images were altered. 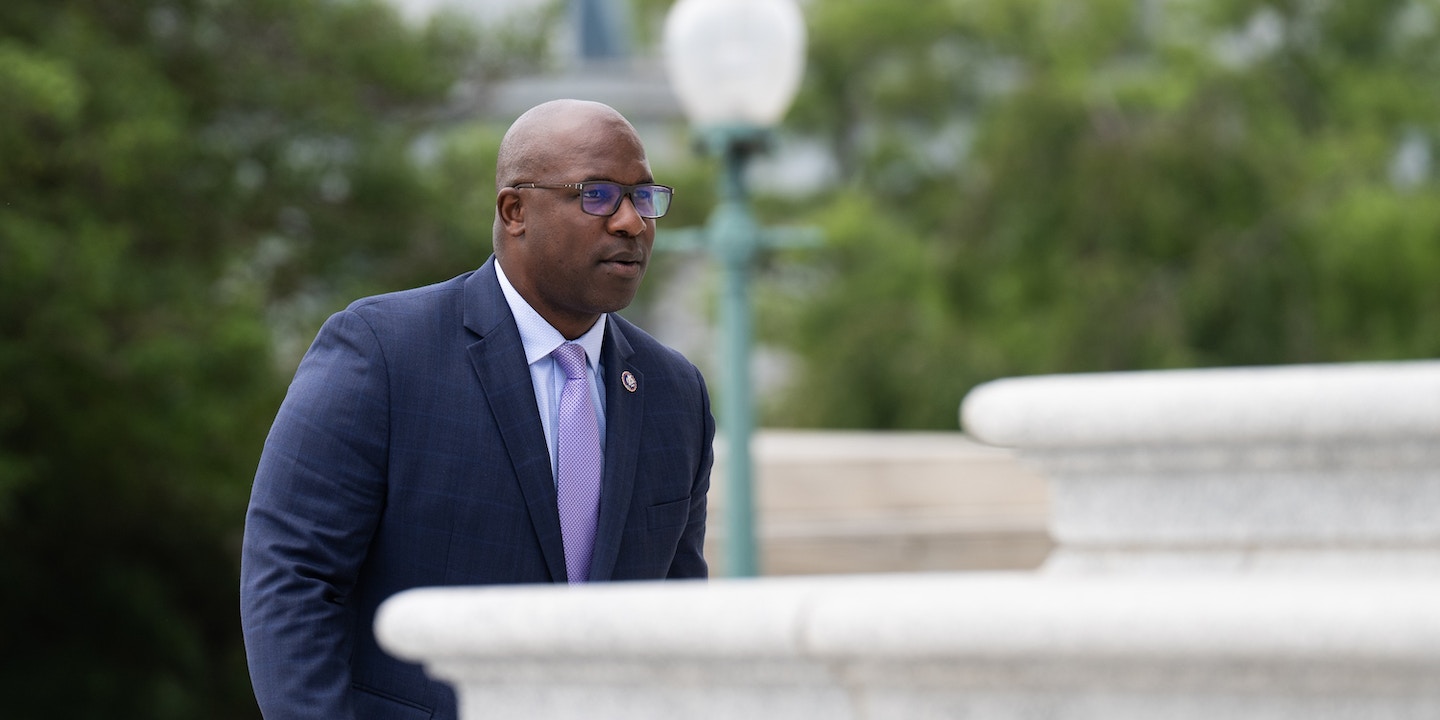 Bowman, who is Black, is running for reelection this cycle and will face candidate Vedat Gashi in the upcoming August 23 Democratic primary for New York’s 16th District. The race is Bowman’s first primary challenge since he was elected in 2020 after ousting longtime Rep. Eliot Engel, who chaired the House Foreign Affairs Committee, in that year’s Democratic primary. On August 4, Engel endorsed Gashi, a Westchester County legislator, citing his strong support for Israel.

The ad, paid for by Gashi’s campaign, featured the image of Bowman under the headline “Jamaal Bowman: The Wrong Priorities” and listed his support for defunding the police. Gashi’s campaign denies that the image was altered.

The tactic of darkening or altering images of candidates in electoral ads has long been controversially deployed against candidates of color and Jewish candidates, either darkening the candidate’s skin or enlarging their nose. While this sounds like a relic of the past, Republicans ran ads as recently as 2020 against then-Senate candidates Raphael Warnock and Jon Ossoff, both Democrats from Georgia, using these tactics. Warnock and Ossoff were elected that year, giving Democrats a slim majority in the chamber.

Bryson Gillette, a Democratic political consulting firm based in California, has worked with major Democratic candidates like Minnesota Sen. Amy Klobuchar, Kentucky Senate candidate Charles Booker, and Pennsylvania state Rep. Summer Lee, who won her congressional primary in May to advance to the November general election. Founder and President Bill Burton served as national press secretary for Obama’s 2007 campaign and later as deputy White House press secretary and special assistant to the president. “And while we are sons and daughters of immigrants and slaves who worked like hell to create a place in the world for us — we are doing our best to make it more perfect, every day,” reads a message from Burton about Bryson Gillette’s history on its website. The firm describes itself as having an “intentionally diverse team that includes veteran political operatives, public affairs experts and communications strategists.”

Bryson Gillette did not respond to a request for comment.

Gashi, who has campaigned to Bowman’s right, appears in a photo alongside his family on the other side of the mailer with a list of his priorities, which include funding police, addressing inflation, and standing “with our allies, like Israel and Ukraine.”

Yuridia Peña, a communications consultant for Gashi’s campaign, told The Intercept that the photo was not darkened, that it was a low-resolution image pulled from Bowman’s own social media page, and that the campaign was not going to use the photo again. Peña said that the image on the mailer appears darker because it was put on a white background. In a statement to The Intercept, Gashi campaign manager Daniel Johnson said, “Of course, we did not alter the photo. This is just another example of how the incumbent refuses to be held accountable for his failed record. Our campaign is focused on protecting our democratic values and helping families in the Bronx and Westchester thrive.”

Bowman joined the progressive “Squad” after his 2020 election, when his campaign prevailed against outside spending by pro-Israel groups and Republican donors who tried to save Engel’s campaign and preserve his prized role in Congress as an ally to corporations and foreign policy hawks. Bowman ran on Medicare for All, a Green New Deal, and racial and economic justice. His campaign was backed by Justice Democrats and marked the group’s fourth successful campaign against an incumbent since Rep. Alexandria Ocasio-Cortez, D-N.Y., defeated former Rep. Joe Crowley in 2018.

Groups like Democratic Majority for Israel funneled money from a Republican super PAC to run ads attacking Bowman and boosting Engel in the 2020 primary. DMFI and its counterpart, the American Israel Public Affairs Committee, have not spent on Bowman’s primary this cycle.

In a statement to City & State that his campaign shared with The Intercept, Bowman said the ad was part of a long history of racist tactics used against candidates of color. “To be Black in America is to deal with multiple forms of racism on a consistent basis. This is one of them,” Bowman said. “There is an ugly history behind facial distortion to spread hate and disdain for political purposes. This is why voters were angered.” A spokesperson for Bowman’s campaign said voters angered by the mailers reached out to the campaign about the ads.

Bowman has raised more than $1.3 million this cycle to Gashi’s $807,000. Bowman will also face Mark Jaffe, president and CEO of the Greater New York Chamber of Commerce, and Catherine Parker, a former small business owner and Westchester native. Parker has raised just under $300,000, $139,000 of which she loaned to herself. Jaffe has raised $100,000, all of which he loaned to his campaign.

Update: August 12, 2022, 2:57 p.m. ET
This story has been updated to add a second mailer sent recently in the district and paid for by the Gashi campaign that appeared to darken Bowman’s face.