Donald Trump Has His Own History With the Espionage Act

The Trump administration used the controversial law to target media outlets and sources who provided important information to the public. 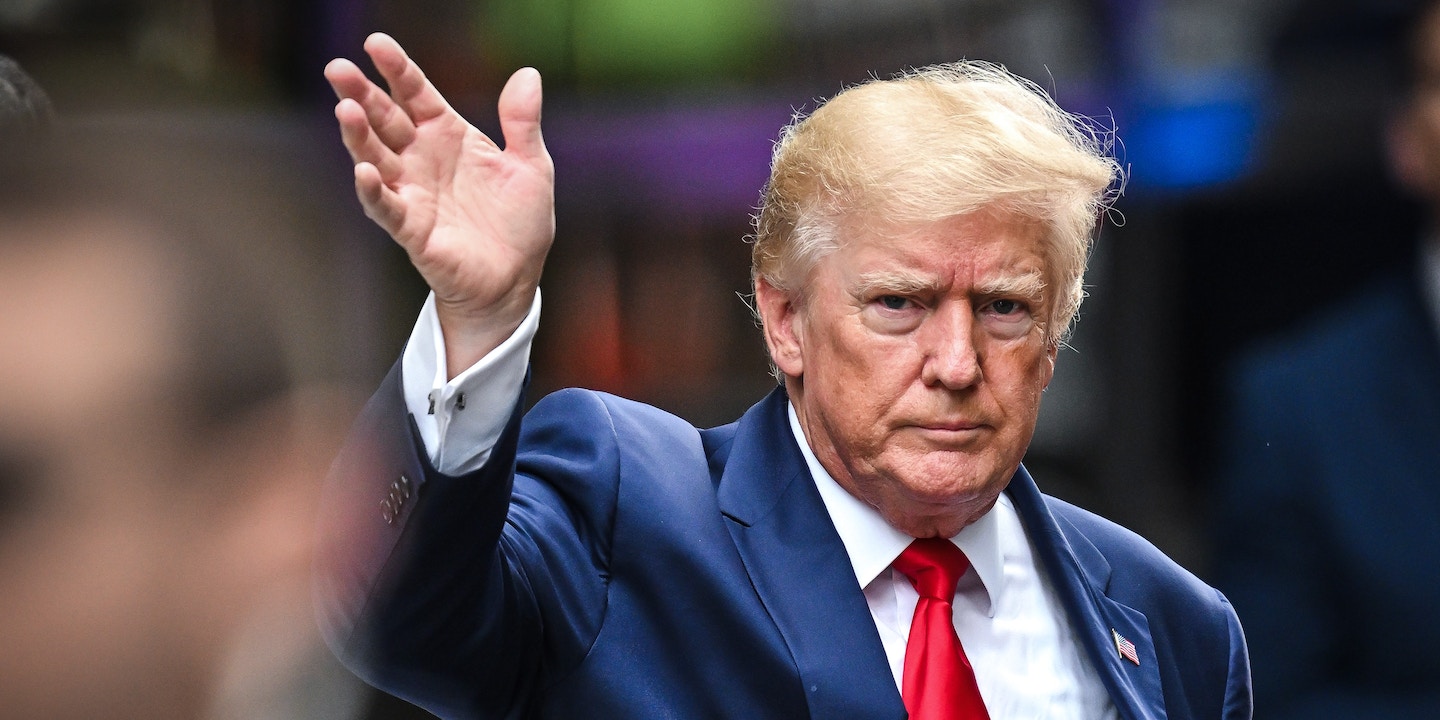 Last week, FBI agents executed a search warrant on former President Donald Trump’s Mar-a-Lago estate in Florida, seizing 11 sets of classified documents, including one at the highest classification level in the U.S. government. The search warrant cited three criminal statutes. One related to obstruction — which the New York Times said could be because a lawyer working for Trump signed a written statement asserting that they had already returned all classified documents, which wasn’t true. Another related to the theft of government records. And the last one involved Section 793 of the Espionage Act, a statute that covers “gathering, transmitting or losing defense information.”

The 1917 Espionage Act has become controversial. Despite its name, it isn’t really used much anymore to prosecute spies. In recent years, both Democratic and Republican administrations wielded it as a weapon to intimidate media as well as sources who have provided important information to the public — raising the ire of civil rights advocates.

This isn’t Trump’s first brush with the Espionage Act, though it is the first time he’s the one being accused. According to the U.S. Press Freedom Tracker, Trump’s Department of Justice charged five journalist sources — none of them spies — under the Espionage Act. (Several more journalistic sources were prosecuted under lesser statutes.) Here’s how the Espionage Act charges went for the people Trump used it against.

During the 2016 presidential election, Russia’s Main Intelligence Directorate of the General Staff, or GRU, launched cyberattacks in support of Trump’s campaign. In one of them, GRU sent spearphishing emails to local election officials in swing states hoping to trick them into opening the malicious attachment that would hack their computers. At the time, Trump called all of this “fake news.”

In 2017, then-National Security Agency contractor and whistleblower Reality Winner, who was 26, leaked a classified NSA document to The Intercept that described this GRU plot in detail. Trump’s Justice Department charged and convicted her under the Espionage Act. Midway through a trial, Winner entered into a plea agreement with prosecutors and pleaded guilty to one charge. She was sentenced to five years and three months in prison, and three years of supervised release: the longest sentence ever given for the unauthorized release of classified documents to the media. (In June 2021, Winner was released early from prison.)

State election officials first learned about GRU’s spearphishing attack against them because of media reports, but only thanks to Winner; the NSA had failed to warn them. Two former election officials told CBS News’s “60 Minutes” that Winner’s disclosure helped secure the 2018 midterm election.

In early 2017, The Intercept published a series of revelations based on confidential FBI guidelines from an internal FBI whistleblower, including details about controversial tactics for investigating minorities and spying on journalists.

In 2018, Trump’s Justice Department charged and convicted Terry Albury, at the time an FBI special agent, under the Espionage Act for leaking. After pleading guilty, he was sentenced to four years in prison and three years of supervised release.

During Albury’s distinguished 16-year counterterrorism career at the FBI, he “often observed or experienced racism and discrimination within the Bureau,” according to court documents. The only Black FBI special agent in the Minneapolis field office, he was especially disturbed by what he saw as “systemic biases” within the bureau, particularly when it came to the FBI’s mistreatment of informants.

This was a wild reversal of Trump’s attitude towards WikiLeaks. Less than a year earlier, during the 2016 election, WikiLeaks had published GRU-hacked emails from the Democratic National Committee, perfectly timed to distract the public from a video of Trump bragging about sexual assault. Trump declared, “I love WikiLeaks.”

In 2018, the disgruntled CIA software developer Joshua Schulte, who worked on programming the hacking tools that WikiLeaks published, was charged under the Espionage Act for leaking the Vault 7 documents to WikiLeaks. Last month, Schulte was convicted in a trial by jury on nine Espionage Act counts. He hasn’t been sentenced yet, but he faces up to 80 years in prison. He also faces additional charges related to sexual assault and child pornography.

In 2015, The Intercept published a series of stories that provided the most detail ever made public about the U.S. government’s unaccountable program for targeting and killing people around the world, including U.S. citizens, with drones. The disclosures were based on leaked classified documents.

In 2014, FBI agents raided the home of whistleblower Daniel Hale, a former NSA drone operator and later an outspoken anti-war activist, who they suspected of being the source. President Barack Obama’s Justice Department, though, declined to file any charges. The Trump administration, on the other hand, was more than happy to prosecute the case. In 2019, Trump’s Justice Department charged Hale under the Espionage Act. After pleading guilty to one of the charges, he was sentenced to three years and nine months in prison.

In 2019, Henry Kyle Frese, a counterterrorism analyst for the U.S. Defense Intelligence Agency, was charged under the Espionage Act for leaking documents about China’s weapons systems to the CNBC reporter, who he was dating, and her colleague at NBC News. Frese pleaded guilty and was sentenced to two years and six months in prison.

Now, Trump has found himself on the other end of an Espionage Act investigation. (President Joe Biden’s Justice Department authorized a search of Mar-a-Lago that cited the Espionage Act in its justification, but no charges against Trump have been filed yet.)

Unlike most of the people charged with the Espionage Act under the Trump administration, except perhaps Schulte, Trump’s theft of classified documents wasn’t aimed at exposing attacks on democracy, shining a light on government atrocities, or adding anything newsworthy to the public discourse.

In their allegations, authorities have not offered any explanations about Trump’s motives for retaining classified documents on his way out of the White House in 2020. Knowing Trump, it wasn’t anything altruistic. We do, however, know that Section 793 of the Espionage Act carries a maximum sentence of 10 years in prison.