Telling Afghanistan’s Stories — in Their Own Words

Over four episodes, three Afghan exiles describe their experiences and those of others who tried to leave when the U.S. military pulled out of Afghanistan a year ago. On September 11, 2001, w­e were children, living with our families as refugees in Iran and Pakistan, like more than 3 million other Afghans at the time. The U.S. bombing campaign to oust the Taliban government ushered in years of conflict and death, but it also meant that we and our families could go home to Afghanistan at last.

We became adults in a country struggling to cope with current and past conflicts, but also one that was full of hope and promise. We went to school, pursued careers, and grew fully invested in rebuilding Afghanistan.

Then, last summer, we became refugees once again.

In the days after the Taliban’s swift toppling of the U.S.-backed Afghan government, fearing our accomplishments would make us targets, we scrambled to get ourselves and our loved ones to safety. We are among tens of thousands of Afghans who were either outside the country already or who managed to escape, while countless more tried and failed.

Becoming a refugee doesn’t get easier every time you are displaced. Like our parents before us, we’ve had to start from scratch. The past year has been filled with the logistics of survival: Where would we live? How would we provide for ourselves and our families? How would we get our stranded relatives to safety, reunite our families, and create new lives in languages we didn’t speak?

Knowing that millions of our fellow Afghans — both those who left and those who stayed — were living their own unique versions of this drama felt overwhelming. That’s why we chose to tell some of their stories in this podcast, No Way Home.

Created in partnership with The Intercept and the Future Frontlines Program at New America, No Way Home tells the story of last summer’s perilous exodus brought on by two decades of broken promises in the U.S. war on terror. Over four episodes, we tell both our own stories and those of other Afghans who tried to leave when the U.S. military pulled out of Afghanistan a year ago: a businessman with an activist daughter; a valued employee of a French environmental NGO; a cellphone programmer determined to build a better life for his kids; and a finance officer for Jesuit Refugee Services who became a refugee himself. These stories seek to give a voice to just a few of the millions whose lives were upended last year.

All of the stories start on August 15, 2021 — a day some Afghans carry seared on their souls like their own 9/11. That day, the Taliban marched into Kabul and Afghanistan’s former president, Ashraf Ghani, fled the country in a helicopter. The podcast talks about those first frantic days and the weeks and months that followed, as some got out — or died trying — and others were left behind.

In the first episode, Summia Tora, an Afghan human rights advocate, talks about her parallel efforts to evacuate her father and a longtime NGO worker named Hamid, his pregnant wife, and their young daughter, as a suicide bomber stalks the Kabul airport. In the second episode, Mir Abdullah Miri, an educational researcher now living in the U.K., sets out to investigate a family tragedy set against the backdrop of last summer’s exodus, when his cousin Aziz, a cellphone programmer, decided to cross into Iran on foot with his wife and two young children, hoping to reach relatives in Germany. In episode three, Maryam Barak, an Afghan journalist who was evacuated to Italy, tells the story of Qader Kazimizada, another newly arrived Afghan who has healed by helping other refugees find community in an alien place. In the fourth and final episode, Tora tells the story of Hamid and his family’s year of hiding in Taliban-controlled Afghanistan and a surprise, last-minute opportunity to escape.

Working on this podcast, in which our own stories are intertwined with those of our fellow Afghans, gave us a sense of community at a time when we felt adrift. Interviewing Sayed Tora, Qader Kazimizada, Hamid, and many others allowed us to reflect on our own journeys. Becoming reporters gave us an identity beyond “refugee” to define ourselves and our purpose. As we scattered around the world, far from family and friends, working on this project with other Afghans helped us find a bit of home through Zoom meetings and Slack chats.

It is important that we, Afghans, be the ones to tell these stories. There are certain nuances that only we can capture when reporting on Afghanistan. We wanted to represent the diversity of our country, its ethnicities and languages, and the various ways in which our fellow Afghans have experienced the events of the last year.

At the same time, we strove to tell stories that would resonate with an international audience. Sayed, Hamid, Qader, and Aziz wanted to live in safety with their families and give their children opportunities they didn’t have. They all hoped to do that at home, in Afghanistan. 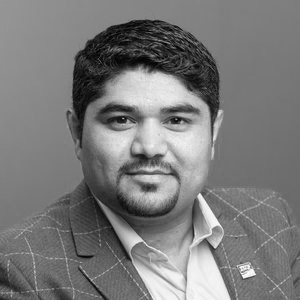