An email from the university’s general counsel seeks to steer employees around Idaho’s vague and archaic anti-abortion laws. 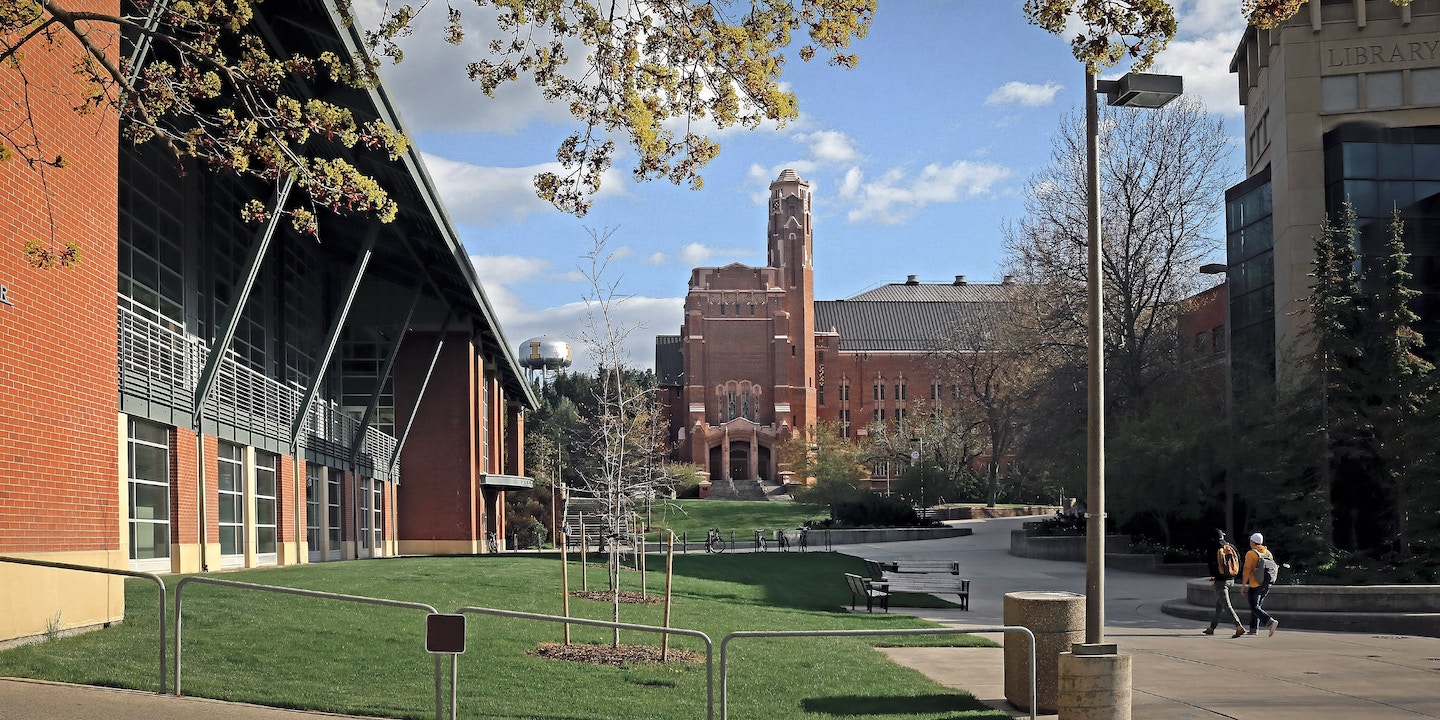 In an email to employees of the University of Idaho, the institution’s general counsel cautioned them against running afoul of various state anti-abortion laws — in effect issuing a gag order on discussions of abortion within the institution. The guidance reflects an extreme level of caution in the face of vague and unconstitutional prohibitions and is likely to chill free speech on campus.

While “academic freedom” supports classroom discussions related to abortion, the email reads, those discussions should be limited to what is “relevant to the class subject.” University employees “must themselves remain neutral,” the email warns, adding that failure to do so could see employees face prosecution, imprisonment, and a “permanent bar from future state employment.”

Sent just after 4 p.m. on Friday with the subject line “Guidance on Abortion Laws,” the email covers everything from constraints on classroom discussions to restrictions on counseling students regarding reproductive health to advice that the school cease providing any “standard birth control.”

“In every possible aspect of Idaho law, the university has taken the most risk-averse position that just kind of shreds academic freedom.”

Lucinda Finley, a professor at the University at Buffalo School of Law focused on reproductive rights and women and the law, said the email displays an “astonishingly risk averse” attitude to the detriment of the university’s students, staff, and faculty and the very notion of academic freedom.

The university’s guidance comes as states like Idaho have taken extreme steps to outlaw abortion in the wake of the U.S. Supreme Court opinion in Dobbs v. Jackson Women’s Health Organization, which toppled nearly 50 years of federal protection for abortion rights. In 2020, Idaho passed a near total ban on abortion that was triggered by the Dobbs decision. The following year, the state passed sweeping legislation aimed at barring any public funding to support abortion, which included a ban on “promoting” abortion by any public employee. The law also prohibits school-based health clinics from dispensing emergency contraception except in cases of rape, a possible violation of federal health care law. The dismantling of abortion rights in Idaho has also reanimated a so-called zombie law from 1972 that makes it a felony for anyone other than licensed physicians or registered health care providers to offer or advertise services “for the prevention of conception.” 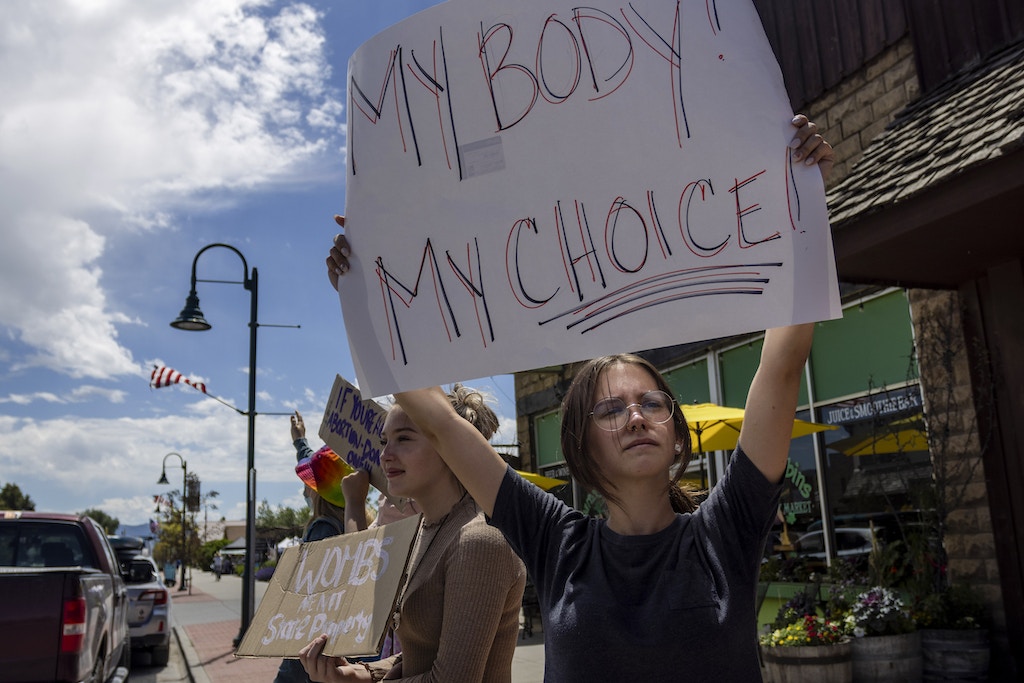 Teenagers protest the Supreme Court’s decision on abortion in Driggs, Idaho, on July 2, 2022.

In the email, the university’s Office of General Counsel acknowledged that the language of this 1972 statute is “not a model of clarity” and what is meant by preventing conception “is unclear and untested in the courts.” The office advised that the university take “a conservative approach here” and “not provide standard birth control itself.” While counseling on birth control could continue through health care providers at student health locations, the email noted, the university should restrict itself to providing “condoms for the purpose of helping prevent the spread of STDs but not for purposes of birth control.”

Employees who “counsel, or otherwise regularly interact with students in any fashion as part of their employment” should be wary when discussions of reproductive health arise, the email states. “If a discussion moves into this area, students should be clearly informed that Idaho law prohibits the university and its employees from counseling in favor of abortion, referring for abortion or promoting abortion,” it reads. “The earlier this occurs in a conversation that is moving into the subject, the less risk to the employee.”

With “certain limitations,” employees may direct students to outside sources of information and engage in class discussions “on topics related to abortion or contraception,” the email states, but only where there is “instructor neutrality.” Academic freedom, it warns, is not a defense to any violation of the law and those who “conduct or engage in discussions in violation of these prohibitions” risk prosecution.

The dismantling of Roe v. Wade over the summer pushed problems with vague, overly broad, or ill-defined anti-abortion laws to the forefront, like those in Idaho that appear to be giving the university’s general counsel heartburn. The overnight change in federal protection for abortion and the onslaught of myriad state bans and restrictions is a challenge for colleges and universities across the country, reports Inside Higher Ed. “It’s going to be a bumpy ride before it’s all resolved from a legal perspective,” said Ona Alston Dosunmu, president and CEO of the National Association of College and University Attorneys.

University of Idaho Deputy General Counsel Kim Rytter did not respond to emails from The Intercept.

Idaho law “states that no public funds ‘shall be used in any way to … promote abortion,’” Jodi Walker, executive director of university communications, wrote in an email to The Intercept. “The section does not specify what is meant by promoting abortion, however, it is clear that university employees are paid with public funds. Employees engaging in their course of work in a manner that favors abortion could be deemed as promoting abortion. … We support our students and employees, as well as academic freedom, but understand the need to work within the laws set out by our state.”

But according to Finley, the law professor, on some points the guidance is just wrong — particularly on the question of contraceptives and the 1972 state statute. Access to contraception remains federally protected (at least for now), and portions of the law that forbid publishing “any notice or advertisement” or “otherwise assist” in the “prevention of conception” are similar to those the Supreme Court has determined violate free speech protections. Those provisions of the Idaho law, which the university appears to be capitulating to, are “blatantly unconstitutional,” Finley said.

The university’s communications director did not respond to questions about to the general counsel’s guidance and the 1972 law.

Finley is also troubled by the guidance that would require faculty to be “totally neutral” when talking about abortion in class. What if you’re a law professor, she said, and you criticize Justice Samuel Alito’s majority opinion in Dobbs while teaching a class? “Are you now violating the university’s guidance? It’s certainly not violating state law — at least I don’t think it is. Is that using state money to advocate for abortion?” she asks. “This guidance seems to imply that a professor teaching the Dobbs case should not criticize the reasoning of the case.”

“In every possible aspect of Idaho law, the university has taken the most risk-averse position that just kind of shreds academic freedom,” Finley said. The guidance “leaves their students that may have health or life-threatening pregnancy complications in extraordinarily precarious positions.”