Irate NSA Staffer Doesn’t Like Being Filmed in Public, for Some Reason

An NSA recruiter lost his cool and grabbed at a phone at the University of New Mexico after being politely questioned. 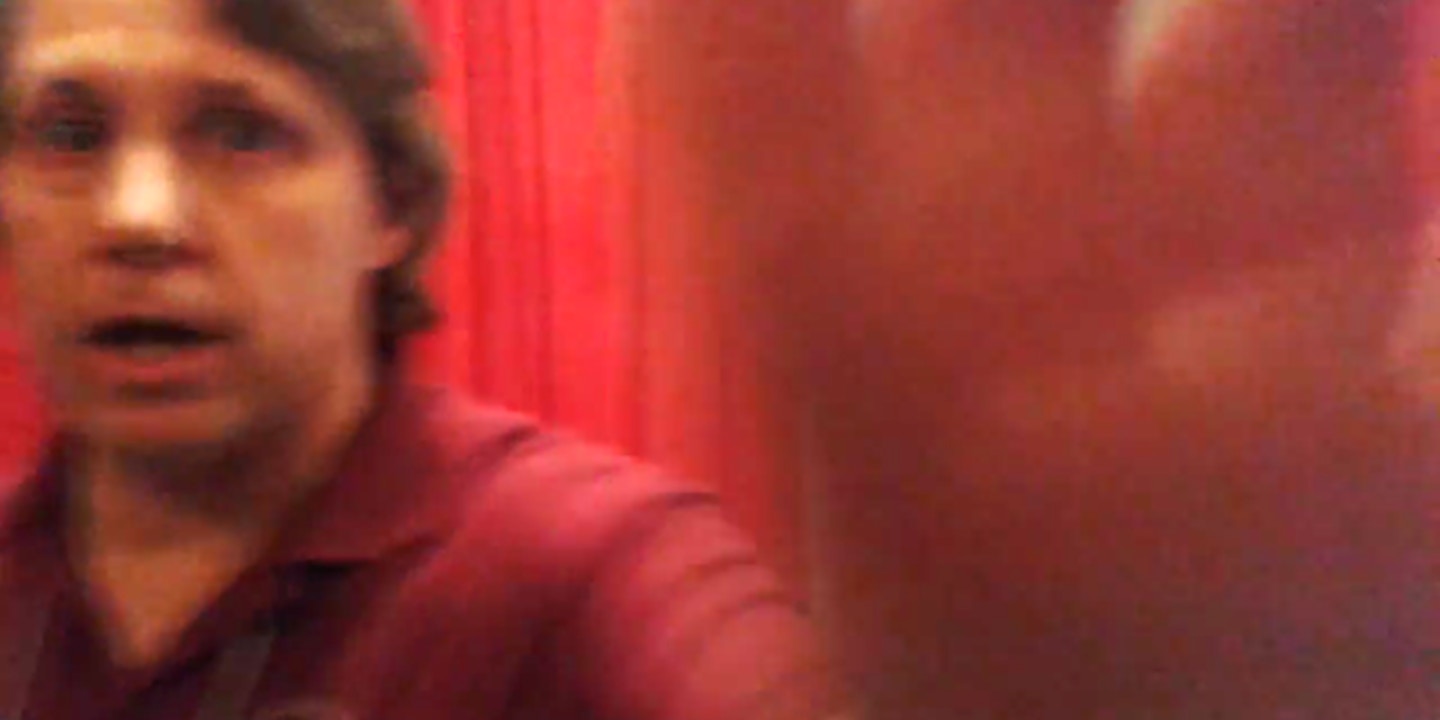 The NSA sent someone bearing the nametag “Neal Z.” to the University of New Mexico’s Engineering and Science Career Fair today, in the hopes of recruiting young computer geniuses to help manage the yottabytes of data it is collecting about you. But instead of eager young applicants, Mr. Z. encountered University of New Mexico alumnus Andy Beale and student Sean Potter, who took the rare opportunity of being in the room with a genuine NSA agent to ask him about his employer’s illegal collection of metadata on all Americans. Mr. Z. did not like that one bit.

In two videos posted on YouTube—each shot from a slightly different perspective—you can watch Beale politely question Mr. Z. about NSA programs, and watch Mr. Z. attempt to parry those queries with blatant falsehoods like, “NSA is not permitted to track or collect intelligence on U.S. persons.” As Beale continues to attempt to engage the recruiter on the legality of the NSA’s mass surveillance initiatives, Mr. Z. becomes increasingly angry, calling him a “heckler,” saying, “You do not know what you’re talking about,” and warning, “If you don’t leave soon, I’m going to call university security to get you out of my face.”

After a few minutes of back-and-forth, Mr. Z announces, “You’re done,” and attempts to grab the phone that Potter had been using to film the encounter, literally at the very moment he says, “I’m not touching your phone.” Beale and Potter were later ejected from the facility by campus police for “causing a disturbance,” though their on-camera behavior is unfailingly quiet and civil. The officers declined to act on their complaint that Mr. Z’s phone grab constituted assault. The videos are below, judge for yourself. And be careful if you catch an NSA staffer in the wild, they’re wound pretty tightly these days.