Penny stock gadfly Chris DiIorio tells the SEC about his suspicion that Knight Capital is tanking penny stocks on purpose and racking up unsustainable balance-sheet liabilities. But that leads to another mystery: Why don’t they seem to care?

Chris DiIorio suspected major broker-dealer Knight Capital of tanking penny stocks on purpose and racking up massive, unsustainable balance-sheet liabilities based on all the stocks it “sold” that it never really had.

It had taken him five years to reach these conclusions — five years of digging through reams of financial data in search of answers to how and why his particular penny stock investment was so brutally crushed. Knight never answered DiIorio’s questions, nor, during the reporting of this story, any of The Intercept’s. In April 2011, DiIorio decided he had to alert the Securities and Exchange Commission. He reached out to the SEC through its Office of the Whistleblower.

Shorting a stock is betting it will drop in price: You borrow a share, sell it, hope the stock price drops, then buy another share to pay back your loan, hopefully for less than you borrowed it for.

In naked shorting, you sell a share that doesn’t exist and cash the proceeds. Do that enough and you bet the price will drop. Set it up so that it looks like you really sold the share to everyone except an obscure middleman, and the only toxic byproduct is a liability on your balance sheet representing shares you have sold but not yet purchased.

DiIorio believed this represented the secret of Knight’s success. “I told the SEC, ‘If you don’t believe me, ask Knight!’ If their penny stock volumes went to zero, what would happen to their trading profits?” 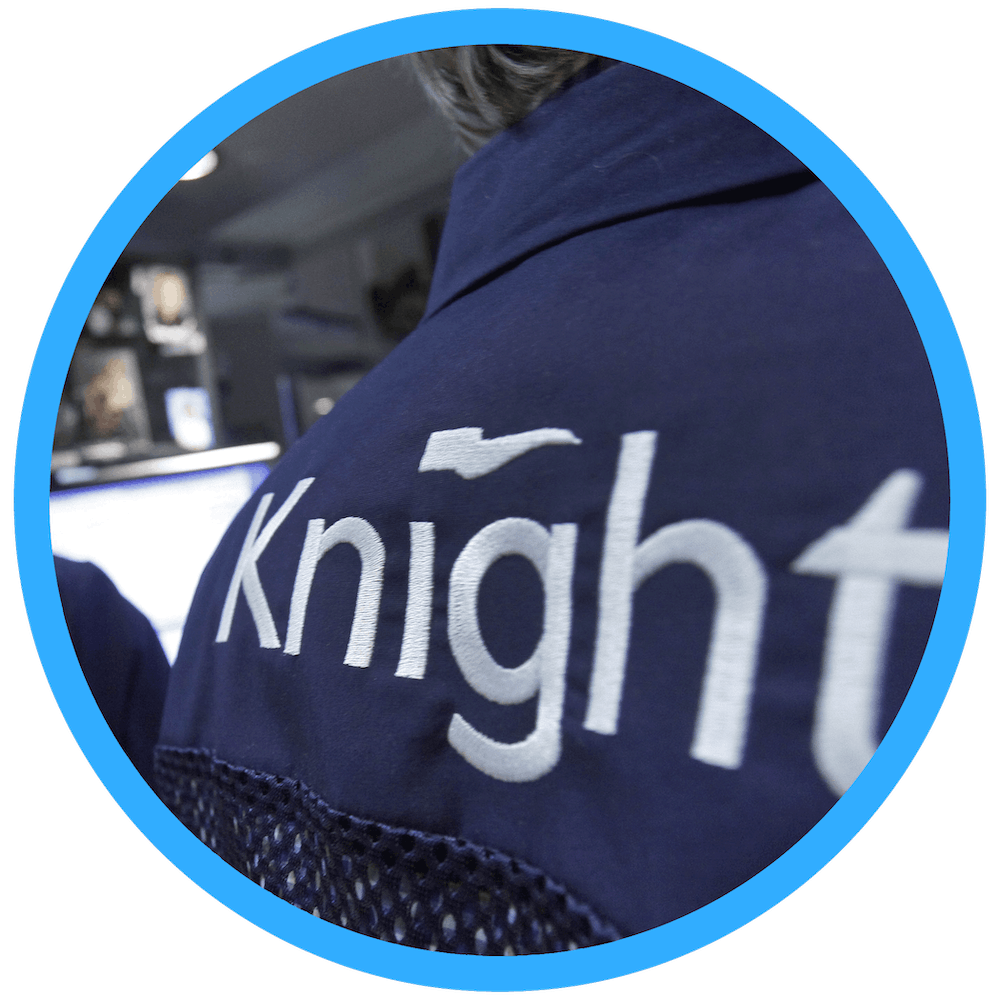 DiIorio filed a TCR (tip, complaint, or referral) form. Under Section 922 of the Dodd-Frank Act, the SEC has the authority to provide substantial monetary awards to eligible whistleblowers who inform the agency of securities law violations, if the subsequent enforcement actions exceed $1 million. But DiIorio says he wasn’t trying to win back his losses by filing a whistleblower complaint; he just wanted to see the ongoing fraud of investors like him put to a stop.

He also pointed to the threat to the markets from Knight’s thinning capital compared to the billion-dollar-plus “sold not yet purchased” liability. “I said, ‘Knight is insolvent, and this is how I know.’”

Indeed, the firm’s own second-quarter 2011 report to the SEC clearly showed $1.9 billion in “sold, not yet purchased” liabilities — up from $1.3 billion just six months earlier. By contrast, it reported “net current assets, which consist of net assets readily convertible into cash less current liabilities, of $105.1 million.”

Other than a perfunctory acknowledgement of receipt, the SEC did not respond to the TCR. DiIorio sent personal emails to top officials at the agency. One still exists on the SEC’s website, an October 2011 letter to Robert Khuzami, then the SEC’s head of enforcement. “Why won’t [then-Knight CEO Thomas] Joyce disclose to the investing public the nearly [$2 billion] sold not yet purchased liability is where he moves aged fails,” DiIorio wrote. “It is a structural liability and does not in fact ‘fluctuate with volumes’ as [Joyce] has said in several public filings.”

In this case, aged fails are the obligation left over when the stock whose shares the seller was supposed to actually hand over no longer exists because of a merger or split.

SEC spokesperson Ryan White declined to comment on the matter. As a matter of policy, the SEC never confirms nor denies the existence of an investigation until it reaches the public record in a court action or administrative proceeding, and it usually doesn’t inform whistleblowers about the status of their cases unless it grants them an enforcement award.

But DiIorio grew frustrated with the lack of response. “I was baffled why the SEC was not acting on what appeared to be blatant securities violations,” he said. He used the delay, however, to clear up another nagging question: What about the other major trader in these penny stocks, the Swiss bank UBS, one of the largest private banks in the world?

Time after time, DiIorio would isolate individual penny stocks and find UBS and Knight as major traders in them. While it wasn’t possible to know for sure, the correlation suggested that UBS was repeatedly on the other side of Knight’s trades; its clients would go long while Knight’s would go short. If true, that meant UBS, or its clients, were taking on multitudes of losses by design.

Why was UBS so involved with penny stocks, which had little upside potential for a global megabank? Why was it so intertwined with Knight? Who was it purchasing these penny stocks for?

And why didn’t the bank seem to care that its clients were being sold stock that kept going down in value?