Knight Capital made headlines around the world when one of its computers went on a shopping spree that ended up costing the company $440 million. So surely its secrets would come out now.

And then the Glitch happened.

Knight Capital, the company Chris DiIorio had insisted to the SEC for a year was engaged in a monumental fraud, opened the day by inadvertently buying millions of shares in 154 different stocks. The company blamed an untested software installation that triggered the rapid-fire trades.

In an environment where milliseconds can mean millions, it took Knight Capital 45 minutes to turn the software off.

Stock values surged from the high demand, and when Knight sold back the shares it had bought by mistake, it was left with a net loss of around $468 million. The New York Stock Exchange canceled trades in six of the 154 stocks involved but deemed itself “hamstrung” by SEC rules that prevented it from breaking all of them.

Knight could have used the assets on its balance sheet to absorb the loss, but DiIorio had maintained for years that many of those assets were inflated or even fictional — ghost receivables intended to balance out the massive liabilities Knight had accrued by selling stocks it didn’t really have.

And DiIorio alleged that Knight’s immediate efforts to raise the full amount of its Glitch losses, instead of offsetting them with existing assets, proved that something was amiss on its balance sheet. Jason Blatt of Knight Capital Americas reacts to down market on the floor of the New York Stock Exchange, Aug. 8, 2011.

In one of those attempts, Knight sent 7,000 securities to JPMorgan Chase as collateral for a tri-party loan, but the Wall Street Journal reported that JPMorgan deemed 4,000 of them “unreadable through databases used to reach valuations,” and refused to accept them.

DiIorio saw this as consistent with shares in companies whose CUSIP, or unique identifying symbol, had changed after a reverse merger or split — just what he had been warning about for years. Such stocks would be unredeemable for any real value.

“Those were the stocks that no longer traded!” DiIorio says. “They were pledging worthless collateral.”

The funding Knight did receive, from a consortium of investors that took 73 percent of the company without a shareholder proxy vote, was not collateral-based. In late 2012, Knight announced a merger with rival market maker Getco.

DiIorio filed a new “tip, complaint or referral” form to the SEC — this one vetted by the law firm Berger & Montague — highlighting Knight’s post-Glitch funding issues and how they pointed to evidence of a naked short selling scheme. DiIorio’s “findings — the product of thousands of hours of careful study — can protect others from falling victim to these same frauds,” the TCR concluded.

Berger & Montague eventually parted ways with DiIorio. The lead attorney on the complaint, Daniel Miller, did not respond to requests for comment.

The SEC did not respond to the new TCR, nor did it prevent the Knight/Getco merger. It did fine Knight Capital $12 million related to violations of the market access rule when it committed the Glitch. But compared to DiIorio’s claims, that was miniscule.

DiIorio even tried to collect a whistleblower award for a 2011 enforcement against UBS for violations of Regulation SHO. He wanted to force the SEC to look at his claims again, and hopefully open a new investigation. The SEC denied DiIorio’s application to collect the award. While he is not privy to undisclosed SEC investigations, DiIorio does not believe the agency has investigated Knight’s or UBS’s involvement in penny stocks.

DiIorio thinks the agency could audit Knight’s profit and loss statements to understand its concentration in penny stocks. Or officials could deny the numerous penny stock reverse mergers and reverse splits that DiIorio says drive the scheme. Or they could investigate why the splits proliferate.

SEC spokesperson Ryan White declined to comment. SEC Chief of the Office of the Whistleblower Sean McKessy and Chief of Enforcement Andrew Ceresney did not respond to requests for comment. The agency did recently tout its whistleblower program as “a gamechanger … in its short time in existence.”

In July, McKessy announced his exit from the agency after five years running the Office of the Whistleblower. In September, he became a partner at the law firm Phillips & Cohen, which has won for clients one-third of the total whistleblower awards granted by the SEC.

Meanwhile, the Justice Department is reportedly investigating Knight, now known after the merger as KCG, over allegedly executing stock trades to shortchange its clients. KCG’s most recent quarterly report acknowledges that “the Company is currently the subject of various regulatory reviews and investigations,” including by the SEC and the Justice Department.

But there’s been no public acknowledgment of any investigation into penny stock activity.

KCG declined to comment, through its spokesperson Sophie Sohn. UBS only responded to multiple requests by saying, “UBS applies strict due diligence and anti-money-laundering standards to all its business.”

Knight’s own trading data confirms that it never stopped selling penny stocks. It boasted in its 2013 annual report of being “the clear market leader in over-the-counter (OTC) traded stocks.” And it increased its volume  in 2014, trading 19.1 billion shares of OTC and Pink Sheet stocks per day in February of that year, up from a little over 4 billion a day in the previous quarter. While those volumes have lessened somewhat, to this day between 73 and 80 percent of Knight’s share volumes are in OTC and Pink Sheet stocks.

“The activity continues today and the investing public remains at risk,” DiIorio says.

DiIorio is highly skeptical of the SEC’s intentions at this point. He believes the agency has all the information it needs to move on the scheme. But prosecuting Knight and UBS would raise questions about the SEC’s silence before and during the Glitch, and its decision to dismiss criminal charges against UBS in 2010 on the grounds that UBS had changed its ways.

“How are they going to say that [UBS] did penny stock money laundering?” DiIorio asks.

The charge is explosive. It’s hard for a member of the public, lacking access to the SEC’s data and analytics, to fully vet DiIorio’s claims. This rankles even securities regulators. “I have no authority to look at a reverse split unless someone alleges fraud on the markets,” said Joseph Borg, director of the Alabama Securities Commission. “Enforcement is after you burn down the forest. I can’t blow out the match because I can’t even ask what you’re doing in the forest to begin with!”

Since the Bernie Madoff scandal, the SEC’s Office of the Whistleblower has professed a greater desire to fully investigate cases. Part of the post-Madoff recommendations mandated that the SEC’s Office of Compliance Inspections and Examinations vet all whistleblower information. But last year, when DiIorio contacted Kevin Goodman, director of OCIE for broker-dealers, Goodman responded, “Thank you for your recent emails. I wanted to acknowledge them and let you know I have received and will consider the information you have provided.” To DiIorio, that suggested Goodman had not seen the claims before. The SEC would not make Goodman available for comment.

Frustrated with the SEC, DiIorio reached out to the Financial Industry Regulatory Agency, the security industry’s self-regulatory organization. DiIorio had a two-hour conference call in August 2012 with a team leader at Finra’s whistleblower office shortly after the Glitch. He had another meeting later with FBI agents. And this April, he met with IRS officials. 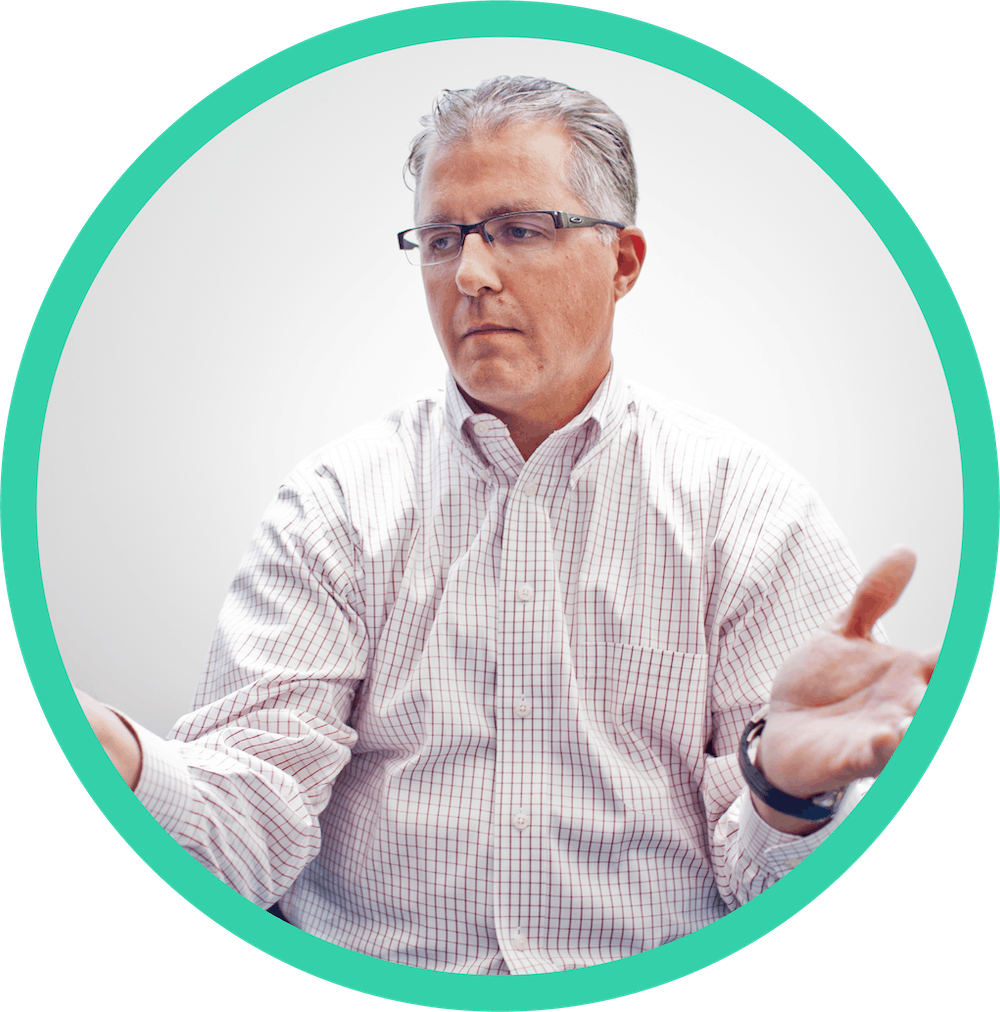 Since he first contacted Finra, the agency has issued several complaints against brokers other than Knight over failing to comply with anti-money laundering regulations. Some of them cited penny stocks DiIorio highlighted in his claims.

In particular, Finra fined Brown Brothers Harriman $8 million for violating money-laundering rules by turning a blind eye to “suspicious penny stock transactions,” executed “on behalf of undisclosed customers of foreign banks in known bank secrecy havens.” But none of those foreign banks or their customers were named.

“Who does that protect?” DiIorio asked.

Richard Best, the lead enforcement official at Finra on the Brown Brothers Harriman case, now runs the Salt Lake City regional office for the SEC. The agency declined to make him available for comment.

Five years after alerting the SEC to his allegations, DiIorio has never been brought in for a meeting. He’s going public now because he’s fed up with the inaction. “I’ve always said to the SEC, ‘I’ll be there tomorrow, I’ll come without an attorney,’” DiIorio says. “They won’t even pick up the phone.”

DiIorio doesn’t do much investing anymore. But he never sold off his original investment in Best Rate Travel, now known as Yora International, which has traded at a fraction of a penny for several years. It’s still sitting in his IRA account, the shares having been reduced through more reverse splits to 3,299.

This is the last installment of The Penny Stock Chronicles for now, although the series will resume if and when new information comes to light.