The penny stock Chris DiIorio invested in that crashed and burned was one of many stocks with similar trajectories traded by the same two giant companies. But if one was the buyer and the other the seller, how could this be in both of their interests?

One summer day in 2012, Chris DiIorio pulled up outside a home that Colorado Goldfields Inc., a mining company in Littleton, Colorado, listed as the home address of its chief financial officer, Stephen Guyer.

DiIorio — whose investigations into the penny stock market dated back six years, to when his own investment swelled up before losing $1 million in value in two months — had already determined through property records that Guyer didn’t own it.

As he approached the front door, he found the shades drawn and no sign of life in the house. “It looked like the only thing active was the mailbox,” DiIorio said.

Colorado Goldfields, originally listed on the over-the-counter market as CGFIA, has traded at or below $0.01 since September 2013, making it a quintessential penny stock, one of the many DiIorio researched for years before making a formal Securities and Exchange Commission complaint about a potential wide-ranging fraud scheme.

(In an interview with The Intercept this month, Guyer said that he rented the property DiIorio visited because his association with the company wiped him out financially. “The company is in a total neutral situation,” Guyer said, citing active litigation with the former leadership.)

Like many of the penny stocks DiIorio had determined that the giant New Jersey-based financial firm Knight Capital actively traded, Colorado Goldfields stock had been placed on the Depository Trust Company’s “chill list.” Public records indicate that Knight traded 8.5 billion shares of CGFIA stock in 2012 — 31 percent of the total share volume — after the stock was placed on the list in May 2011.

The chill is given to stocks for various reasons, including displaying suspicious activity.

Guyer criticized the DTC for “acting arbitrarily” in chilling Colorado Goldfields. But the chill may have been issued because the company appears never to have mined any gold or other precious metal. Indeed, its most recent annual SEC filing, in 2013, states, “We have not generated revenue from mining operations.”

Guyer acknowledged that the company was always pre-revenue, claiming that project-level funding that would allow mining to commence would always fall through right before the transactions completed.

Along with this run of bad luck, Colorado Goldfields’s main activity seems to be generating press releases, announcing the acquisition of mines or approval to begin work at an existing mine. DiIorio found several of these press releases, which the company began issuing in 2007; in at least one instance, the company announced the same acquisition in separate press releases more than a year apart. (Guyer explained that “in those cases, we were announcing contracts that were entered into and weren’t closed.”) Yet the press releases would lure investors into the stock and the stock price would fall, to the benefit of the stock’s manipulators — and Knight Capital, according to DiIorio.

It’s not uncommon for new companies, even ones publicly traded over the counter, to show no revenue for several years. After all, the majority of startup businesses fail. But not all of them embark on a frenzy of stock issuance. Asked about the massive stock issuance, Guyer said, “There was significant trading. A lot of that came from conversion of debt.” In other words, Colorado Goldfields would pay off creditors with IOUs that they could convert into stock — and Guyer claimed a lot of the stock issued came from them. “Once put in place, those conversions go out of the company’s control. As it converts, it does put downward pressure on [the stock] price.”

That’s exactly the kind of behavior DiIorio suspected was taking place with Best Rate Travel, the stock whose collapse launched his personal investigation.

In August 2012, Colorado Goldfields announced a reverse split of its common shares at 1-to-5,000, just the sort of activity DiIorio had noticed in other stocks. After the reverse split, the company was issued a new nine-digit identification code, or CUSIP, and began trading as CGFI.

That aligned with another of DiIorio’s claims: He suspected that Knight was “naked shorting” — or selling shares of stock it didn’t have — and then once the stocks changed ID codes, Knight had no way of actually completing the transaction. As a result of the new CUSIP, Knight would as a result accumulate what are known as “aged fails” on its balance sheet.

Colorado Goldfields had a particular distinction, which is what aroused DiIorio’s interest in the first place: Two of its top traders were Knight Capital and UBS, the massive Swiss bank. Knight traded 31 percent of its shares in 2012; UBS traded around 5 percent. (Guyer said he didn’t recall the trading volumes of Knight or UBS.)

This correlation between Knight and UBS was not an anomaly. According to DiIorio’s research, Knight and UBS were also the top two traders in 2012 in Universal Detection Technology (UNDT) (totaling 69 percent of all shares), and the top two traders in Sungro Minerals (SUGO) (totaling 51 percent). Like Colorado Goldfields, both of these companies appeared on the DTC chill list, and admitted in SEC filings that they’ve never generated significant revenue — but they’ve issued billions of shares of stock. 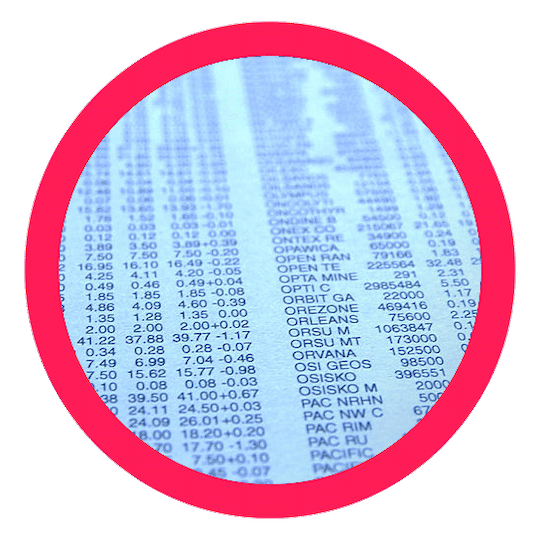 The Canadian B.C. Securities Commission began investigating Sungro for a suspected stock scam in 2009. Canadian authorities fined three of the men involved and banned them from future trading, and the company is now defunct. The phone number listed on UNDT’s annual report is no longer in service.

Knight and UBS even traded a stock called Videolocity (VCTY), though the Pink Sheets website refuses to list information about it, showing only a skull and crossbones. Videolocity, a consulting firm whose website is in Japanese (and mostly discusses cat food) despite being incorporated in Nevada, did not return a request for comment.

“It strains credulity for these two large market players [Knight and UBS] to coincidentally find themselves in bed together this many times,” DiIorio wrote to the SEC in 2013.

Knight declined to comment on its penny stock share volume. UBS spokesperson Peter Stack would only say, “UBS applies strict due diligence and anti-money-laundering standards to all its business.”

Several penny stocks Knight and UBS traded shared similar fates: rapid drops in value, followed by reverse splits that brought the stock price back up, and then more drops in value. The only thing left was to figure out how both Knight and UBS could prosper while seemingly being on opposite sides of the same trade. How could this possibly be in both of their interests?

This yo-yo would crush the investment of whichever company was on the side of the trade betting the price would go up.

DiIorio came up with a hypothesis after he read the text of an enforcement action against UBS in October 2011 taken by the Financial Industry Regulatory Authority, or Finra, which is the security industry’s self-regulatory organization. Finra had fined UBS $12 million for violations of regulations prohibiting abusive naked shorting and “failing to properly supervise short sales of securities.”

This was precisely what DiIorio had accused Knight Capital of doing. Finra discovered that UBS placed “millions” of short sale orders without locating the securities.

The SEC, in a separate action, merely called it “faulty record-keeping” and fined UBS just $8 million in a civil settlement without going to court. “They basically punted,” DiIorio said.

But finding out that UBS had been accused of the same issues with short sales that he saw in Knight gave DiIorio an idea for a theory that could explain everything.