Charlotte Pence, then a college student, obtained an internship at WFYI, a public broadcasting station in central Indiana. 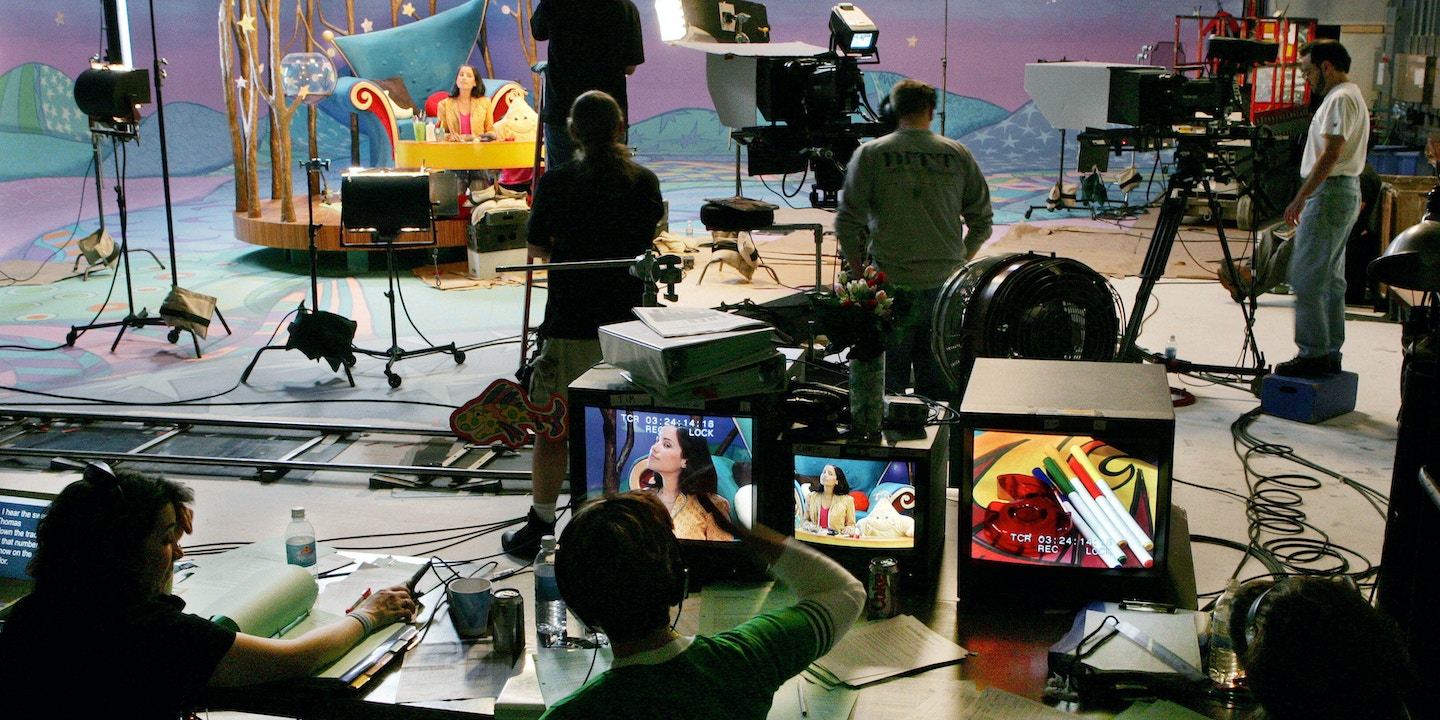 One of the more shocking elements of President Trump’s proposed 2018 budget is his suggestion to eliminate all $455 million in federal funding for the Corporation for Public Broadcasting, which provides support for public television and radio stations across the country.

This has been widely depicted as a threat to Sesame Street. But the real losers would be local stations in areas outside big coastal cities, which wouldn’t be able to make up for the budget hit with private support.

Viewers would lose out on public affairs and local programming — while creative professionals who ply their trade outside of New York or Los Angeles would no longer have an outlet for their unique skills.

A good example of someone who used public broadcasting to support early career development is the daughter of Vice President Mike Pence.

In 2013, Charlotte Pence, then a college student, obtained an internship at WFYI, a public broadcasting station in central Indiana. She worked in the television production department and received an associate producer and co-writer credit for “Fleeced: Speaking Out Against Senior Financial Abuse,” a documentary co-produced by WFYI Productions and the National Community Reinvestment Coalition.

It’s common at smaller public broadcasting stations for interns to be tasked with important responsibilities. “Certainly there is ample opportunity for people to cut their teeth or bring in a project,” said Andy Klotz, director of marketing for WFYI.

“Fleeced” highlighted the stories of seniors who have been scammed by financial predators. As Charlotte Pence explains on her website, “It is meant to shed a light on this injustice happening, and to work as a lesson for seniors in deciding who to trust with their information.” John Taylor, president and CEO of the National Community Reinvestment Coalition, called WFYI’s contribution to the project indispensable. “They’re a good partner because they’re viewed by most people as nonpolitical,” Taylor said. “They got the word out in a way that we wouldn’t have been able to do on our own.”

The film became the third most widely circulated documentary in WFYI history, with distribution on over 225 PBS stations and screenings at dozens of other locations, including regional Federal Reserve banks. “Fleeced” won a 2014 Emmy Award for the Lower Great Lakes region. And Taylor said it made a real difference in awareness about elder financial abuse. “Every single time it aired, it got a lot of praise. It helped us talk about elder abuse and having age-friendly banking products and services.”

WFYI has been a fixture for news and information in central Indiana for decades. Founded in 1970 with a staff of nine, the station now employs 80 people and is Indiana’s leading PBS and NPR member station, with partnerships with cable companies to carry programming throughout the state. WFYI regularly wins local Emmys and other awards for its work. The newsroom had been expanding, with three health care journalists recently hired. But that funding runs out in two years.

In 2015, the Corporation for Public Broadcasting supplied $412,213 in funding for WFYI, according to the station’s annual report. That is roughly 13 percent of its budget, according to marketing director Andy Klotz.

“We would have to find ways to make up for the loss in funding,” Klotz said. He described “Fleeced” as precisely the kind of long-form documentary project that would be difficult for WFYI to sustain without federal support. “We have a fairly successful track record of doing really great, in-depth documentaries that resonate with people. The ability to produce long-form projects would be severely hampered.”

That would be a blow to young professionals like Charlotte Pence, who received key experience and training while working on the documentary in 2013. She has since graduated from DePaul University with a double major in digital cinema and English, and worked on several documentary and short film projects. In her bio for “For the Records,” a documentary about young adults with mental health issues, Pence wrote, “She believes in the philosophy that every filmmaker has a responsibility to tell important and uplifting stories through the art of cinema. … She hopes to pursue a career in writing for film and documentaries after college.”

Long-form local affairs programming at WFYI and other public media outlets is unique, particularly with cutbacks to newsroom resources. “These are stories that just don’t get told otherwise,” Klotz said. “It’s irreplaceable stuff, in the climate of media right now.”

The vice president himself has publicly acknowledged the role of public broadcasting in highlighting under-covered issues like the ones raised in “Fleeced.” While governor of Indiana, Pence attended the film’s premiere at the University of Indianapolis and made introductory remarks before the film. “Pence loved the documentary and knows the story quite well,” said John Taylor.

While governor of Indiana, Pence increased state funding for public broadcasting. In 2014, he received the “Champions of Public Broadcasting” award from the Association of Public Television Stations. “The Hoosier state has now and will continue to find the resources to support public media efforts in our state,” Pence said at the ceremony.

The vice president’s office would not make Charlotte Pence available for comment, and has not responded to a list of questions about public broadcasting, including whether Pence supports the proposed zeroing out of the Corporation for Public Broadcasting budget.

Stations other than WFYI would be hit even harder by the loss of federal funding. For some rural outlets, federal support equals as much as 50 percent of their budgets. If those stations cannot survive, the remaining outlets like WFYI would likely see the national programming they purchase from PBS and NPR become more expensive. So even the stations that stay in business will be affected by the ones that don’t. “If we lose 100 stations, that has to be made up for,” said Andy Klotz. “It will drive up programming costs for the rest of us.”

Taylor never met Pence during the production of the documentary, but confirmed that she was an asset to the film.

“One less tank would probably pay for the entire CPB budget,” he said. “And what we get for that is a cumulative, positive impact on all of us citizens to be able to be informed about issues and items that really matter. It’s short-sighted to not recognize the valuable contribution they make to the American populace.”

Top photo: A program is produced for PBS KIDS Sprout in a studio in Paulsboro, N.J., in 2006.