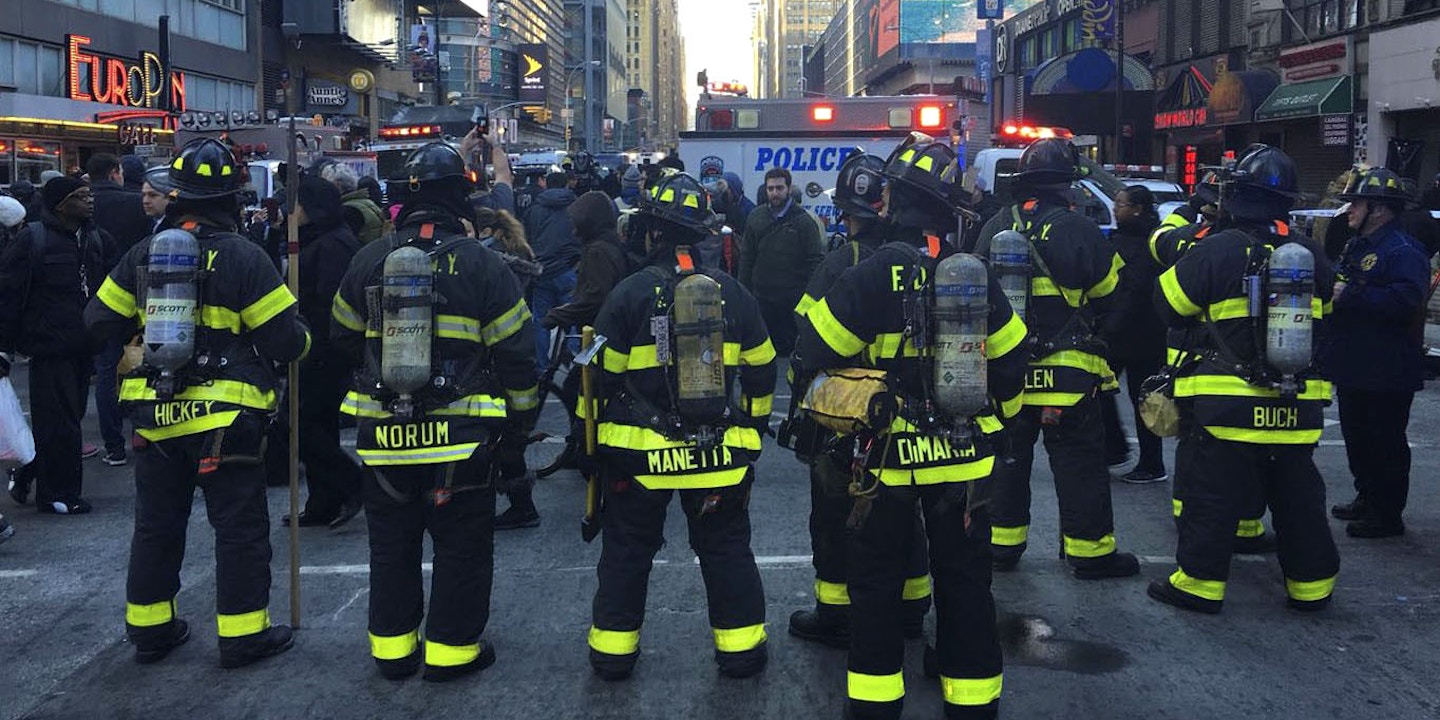 This morning, a 27-year-old man with a pipe bomb strapped to his abdomen walked into Manhattan’s busy Port Authority Bus Terminal and attempted to blow himself up amid commuters, according to news reports. Due to an apparent malfunction, the bomb the attacker wore under his jacket failed to create the carnage he intended. The only serious injury in the attack was suffered by the bomber himself, reported to be a Brooklyn resident of Bangladeshi origin named Akayed Ullah. In an interview, former NYPD Commissioner Bill Bratton said that the attacker “was supposedly setting the device off in the name of ISIS” — the Islamic State — and described the failed bombing as “definitely a terrorist attack.”

If the attack was indeed connected to the Islamic State, it says something about the diminished capabilities of the group. Several years after it first launched its insurgency in Iraq and Syria — an uprising that the group’s leadership attempted to internationalize through acts of global terrorism — the Islamic State has seen its territorial holdings and leadership structure decimated by a military campaign led by an unlikely alliance of U.S.- and Iranian-backed forces.

The result of destroying the Islamic State as an actual organization may be an increase in “fail-bombers.”

In the short term, however, the net result of destroying the Islamic State as an actual organization may be an increase in so-called fail-bombers — lone individuals of questionable competence. The deadly terrorist attacks in Paris and Brussels that helped cement the Islamic State’s image in the West as a major security threat were believed to have been carried out with the support of the group’s central leadership in Iraq and Syria. But now that most of those leaders have either been killed or sent into hiding, the group appears to be leaning more exclusively on individual volunteers to carry out attacks on behalf of a group that has almost ceased to exist as a cohesive entity of any kind. Many of these individuals are weakly connected to the core organization, linked to the group, if it all, mainly through social media rather than with face-to-face contact, training, or logistical support.

By all accounts, these do-it-yourself terrorists do not seem capable of carrying out complex attacks like those that shut down Paris and Brussels. A recent truck attack in New York City that killed eight people showed that Islamic State supporters can still kill innocents in public spaces, but even that attacker somehow failed: In a country with notoriously lax gun laws, the truck attacker could not manage to procure weaponry deadlier than a pellet and paintball gun, greatly limiting the harm he could inflict. There is also the increasingly common spectacle of the incompetent “fail-bomber,” such as today’s Port Authority attacker, as well as another man who failed to carry out a bomb attack in New York’s Chelsea neighborhood last year.

The implosion of the Islamic State might therefore mean that terrorism is becoming more common but less fatal. While terrorist groups can be targeted and dismantled, stopping lone individuals from committing violent acts of any kind is notoriously difficult. The grim regularity of individual mass shootings in the United States, including recent massacres in Las Vegas and Texas that killed dozens, serve as a reminder of the intractable nature of this problem. Despite killing far more people, those lone attacks did not result in calls from the Trump administration for crackdowns on the demographic groups of the attackers, suspensions in civil liberties, or broad declarations of war against internal enemies.

The implosion of the Islamic State might mean that terrorism is becoming more common but less fatal.

Even at its peak, the Islamic State never posed an existential threat to the security of the United States or Europe, despite the claims of its propaganda, often echoed by media and political figures. In its decimated form, the Islamic State today amounts to a deadly nuisance rather than a sophisticated terrorist organization capable of shutting down Western society. Lone individuals are likely to continue trying to kill themselves and others on behalf of the group – either out of a desire for vengeance, owing to mental instability, or simply because they didn’t get the memo about the demise of the “caliphate.” Rather than succumbing to hysteria, it might be useful to think of the diminished Islamic State and its supporters in these terms: as a chronic but manageable threat to public security.

A few years ago, at the height of its power in Iraq and Syria, the Islamic State began to make grandiose claims of triggering an apocalyptic religious conflict between Muslims and non-Muslims worldwide. In retrospect, we can categorically say that the group failed to generate such a war. More information about today’s attack is sure to emerge, but for the moment one thing seems clear. Rather than a “soldier of the caliphate” or any other such emissary from the apocalypse, Akayed Ullah seems like something very familiar to people in New York and big cities around the world: a failed criminal.

Top photo: Fire brigade crew wait at the scene after an explosion at the Port Authority Bus Terminal in New York on Dec. 11, 2017.