Israel confirmed the authenticity of a video showing a military sniper shooting a Palestinian protester in Gaza, to the cheers of other soldiers. 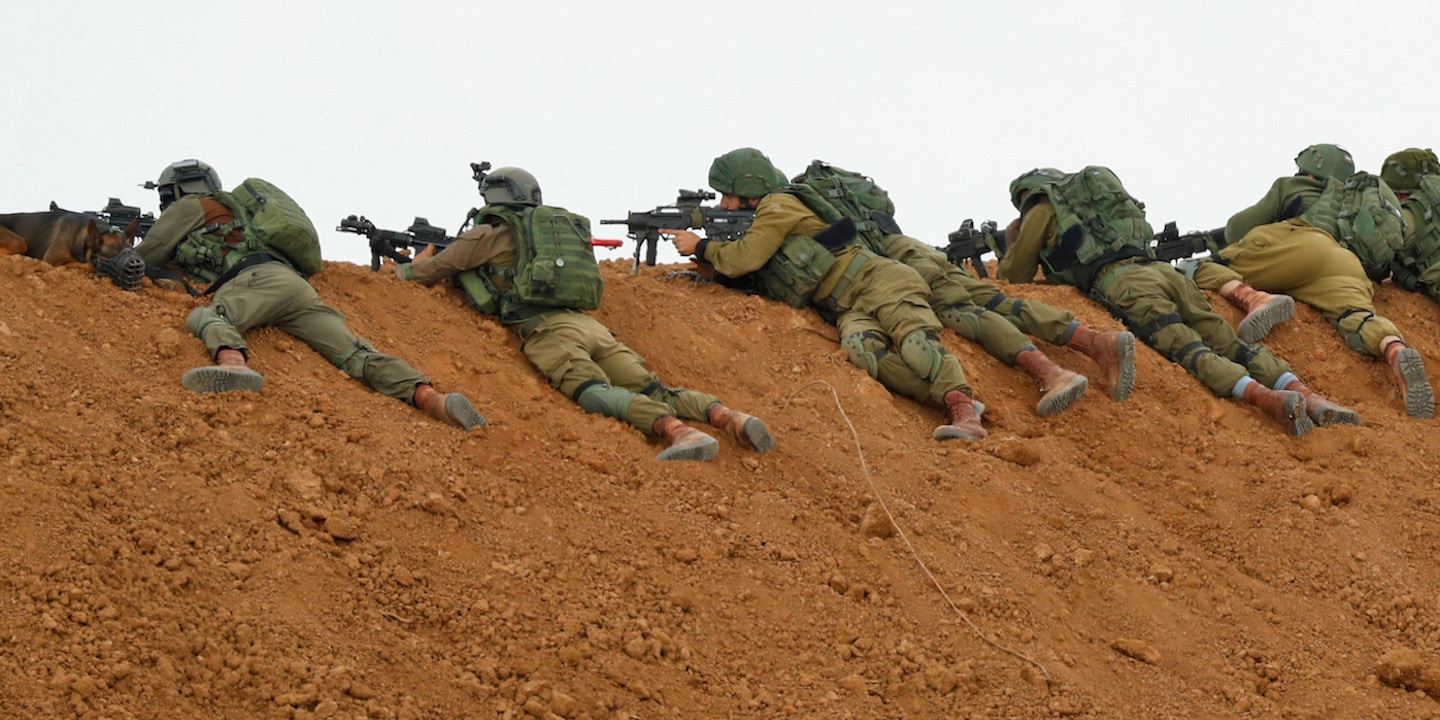 Israel’s military confirmed on Tuesday the authenticity of a video posted online over the weekend showing the shooting of a Palestinian protester in Gaza by an Israeli sniper and the cheers of his fellow soldiers.

An Israel Defense Forces statement said the shooting caught on video had not taken place during the recent wave of protests in Gaza, during which Israeli snipers have killed at least 27 protesters. The incident took place on December 22, the army said, during protests in Gaza over Donald Trump’s decision to recognize Jerusalem as Israel’s capital.

The distressing video, which has been subtitled by the Israeli newspaper Haaretz, was apparently recorded through binoculars or a gun scope, and captures the soldier who recorded it shouting as the protester is hit, “Yes! Son of a bitch!”

As protesters rush to evacuate the man who was hit, the soldier who made the recording boasts, “What a fabulous video!” Another soldier can be heard saying, “Wow, somebody was hit in the head.” Moments later, when one soldier says that he didn’t see what happened, a colleague laughs as he says the protester who was shot “flew in the air.”

Despite the claim that someone was shot in the head, and the fact that two protesters were killed on that day, the army said its preliminary investigation indicated that the protester in the video had been hit in the leg, after other means of dispersing “violent riots” in a part of Gaza adjacent to the Israeli community of Kissufim had failed.

The soldier who recorded the shooting, the military added, was not part of the unit that fired on the unarmed protester and now faces punishment for “unauthorized filming” and “distribution” of the video. The banter and comments heard on the recording, the army said, “do not suit the degree of restraint expected of IDF soldiers and will be dealt [with] by commanders accordingly.”

Despite the army’s statement of disapproval, senior Israeli officials went out of their way to defend the behavior of the soldiers caught on video laughing and cheering.

Defense Minister Avigdor Lieberman wrote on Twitter that he, too, celebrated the shooting, even if the fact that it was recorded was unfortunate. “The Gaza sniper deserves a decoration, and the photographer a demerit,” he wrote in Hebrew, along with a still frame from the video.

“We have reached a level of insanity and delusion,” Public Security Minister Gilad Erdan told Israeli radio. “To take a situation from the battlefield, when soldiers are under stress and explosive devices are being thrown at them and attempts are being made to infiltrate, and to take their human response and judge them from the armchairs in Tel Aviv?”

“What’s all the fuss about?” asked Oren Hazan, from Prime Minister Benjamin Netanyahu’s Likud party. “Anyone who approaches the fence, armed or not, is gonna get it. As it should be!”

Yousef Munayyer, who directs the U.S. Campaign for Palestinian Rights, pointed out how extreme Israel’s rules of engagement now are, in permitting lethal fire to be used against protesters who even approach its perimeter fence around Gaza.

Protesting near a fence, approaching a fence, damaging a fence, climbing a fence or crossing a fence is not are reason to kill someone. But Israel has ordered it's soldiers to use lethal force. This is criminal.