Under Scott Pruitt, the EPA has taken actions that could further undermine Oklahoma’s longstanding efforts to clean up the Illinois River. 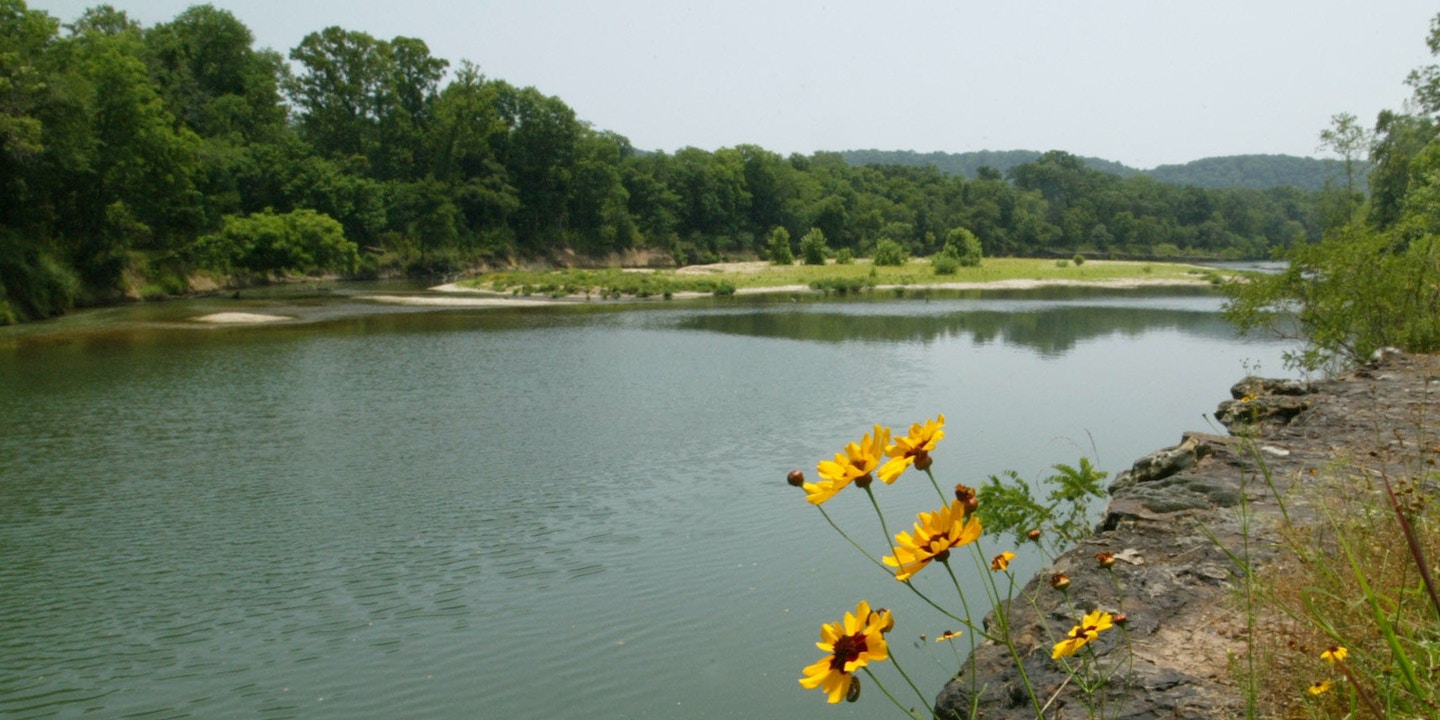 Scott Pruitt, the embattled head of the Environmental Protection Agency, took the side of poultry companies and other businesses in Arkansas in a dispute over the pollution of an ecologically sensitive and economically vital watershed, environmental groups say. While he was representing Oklahoma as its attorney general, Pruitt helped to slow the implementation of a plan, forged years ago by both states, to clean a river in his home state.

Even before he was appointed to head the EPA, Pruitt faced questioning about his failure, as Oklahoma attorney general, to implement a standard for phosphorus levels in the Illinois River, which flows from Arkansas into Oklahoma. The river had high levels of phosphorus from animal waste, and poultry producers in Arkansas opposed the standard. In 2013, after receiving contributions from poultry companies that benefited from his inaction, Pruitt agreed to a three-year delay in the implementation of the standard, as was reported when he was first nominated to be EPA administrator.

Now, it’s become clear that under Pruitt’s leadership, the EPA has taken actions that could further undermine Oklahoma’s longstanding efforts to clean up water pollution in the Illinois River. Last July, the EPA approved the removal of a segment of the river, and three tributaries that flow into it, from a list of pollution-impaired waterways in Arkansas. The list, which is required under the Clean Water Act, creates a legal obligation to address the pollution. Although the Arkansas Department of Environmental Quality, or ADEQ, tried to have the waterways removed from the list in previous years, the EPA had refused.

In 2016, for instance, the EPA rejected a version of the list that was proposed by Arkansas, because it left out Osage Creek and Spring Creek, which both flow into the Illinois River. In March of that year, the EPA sent a letter to ADEQ explaining that a 2010 study found that the creeks in Arkansas still had elevated levels of phosphorus. “Until new data indicate that the segments are no longer impaired, Osage Creek and Spring Creek need to be listed on Arkansas’ 303(d) list.”

But last year, without providing any new data, the EPA changed course. According to a July 17 letter, the federal agency removed four parts of the watershed from the list and retroactively approved lists that Arkansas had previously submitted in 2010, 2012, 2014, and 2016.

The letter explained that “Arkansas and Oklahoma have engaged in several cooperative efforts to achieve additional nutrient reductions in the Illinois watershed,” and noted that “several pollution controls are in place to bring the waters into attainment with the water quality standard.” As examples, the letter listed permit limits and regulations on how much waste can be applied to land.

But Mark Derichsweiler, who served for 20 years as the engineering manager for the water quality planning section of the Oklahoma Department of Environmental Quality, said the EPA’s rationale is insufficient.

“There are stringent requirements” for removing a water body from the list, said Derichsweiler, who retired in 2015. “You can’t just say, ‘We’re going to try and do better, so let’s take this stream off the list.’ It doesn’t work that way. There has to be a definite plan that says, here’s what we’re going to do in the next five years. They don’t have anything like that.” 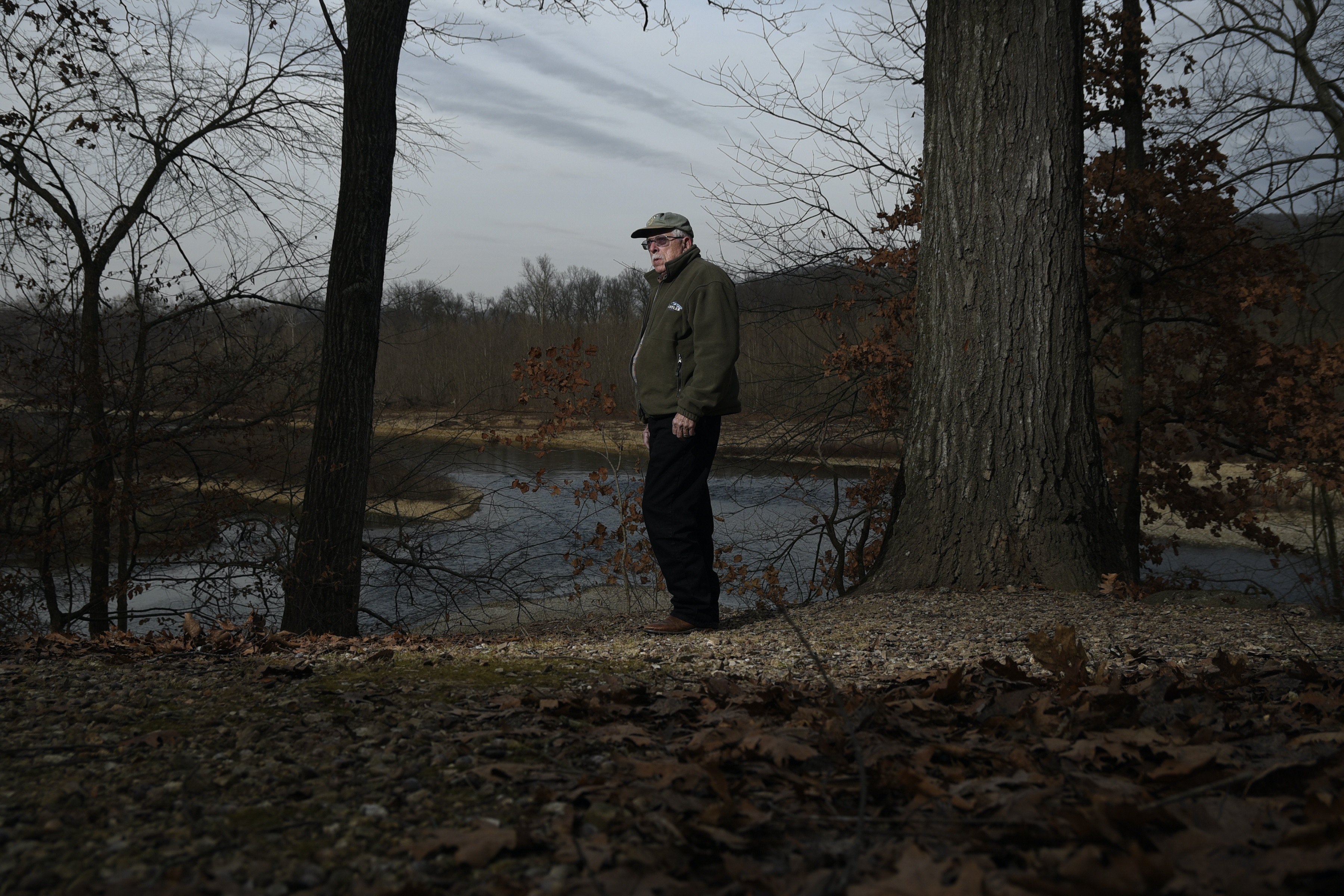 Ed Brocksmith, a co-founder of Save the Illinois River, stands along its course in Tahlequah, Okla., Jan. 12, 2017.

From Pristine to Polluted

Ed Brocksmith was 11 years old when Lake Tenkiller was formed by damming the Illinois River. From then on, Brocksmith’s family regularly spent time at the lake, located in northeastern Oklahoma, picnicking on its banks, fishing, and swimming there in the summer. “It was one of the prettiest lakes in Oklahoma,” said Brocksmith, now 77. “You could stand up to your waist and look down and see your toenails and count the rocks on the bottom of the lake.”

No longer. The Illinois River and Lake Tenkiller have gone from pristine to polluted. Brocksmith first became aware of the problem in the 1970s, when he took a trip to the state border and saw the river flowing dark rather than clear. The water was thick with algae. Brocksmith co-founded Save the Illinois River in 1984 to clean up the watershed around the river. Lawyers for Oklahoma also took up the cause and sued Arkansas. In 1992, the suit made its way to the Supreme Court, which ruled that upstream Arkansas was obligated to meet downstream Oklahoma’s water quality standard and decrease the amount of waste in the river at the border.

That year, Oklahoma drew up its first list of pollution-impaired waterways. The Illinois River made the list, which was divided into four categories according to the severity of pollution, with priority one being the highest. “The Illinois was always priority one,” said Derichsweiler, who worked at the state environmental agency for 38 years.

Yet it took another decade of legal wrangling over the issue before the two states came to an agreement over the pollution. In 2002, Oklahoma’s Water Resources Board adopted a standard that limited the amount of phosphorus allowed in scenic rivers. Phosphorus, which is contained in the feces of animals, contributes to the growth of algae, which makes the water slimy and saps its oxygen supply, making it difficult for some fish to live. In 2003, Arkansas and the EPA agreed to the standard, which was to be implemented by 2012.

At first, the cleanup plan seemed to be working. Arkansas took several of the required steps to improve water quality, and its initial actions greatly decreased the amount of phosphorus coming from wastewater in Arkansas.

But the final stage of the cleanup never happened. Instead, in 2012, a year after he became Oklahoma’s attorney general, Scott Pruitt authorized a three-year delay of the agreement and a joint committee to study phosphorus in the river. Had Pruitt not authorized the study, Arkansas would have been obligated to meet the water quality standard.

Although the study Pruitt authorized found, in 2016, that the limit on phosphorus that had already been set was appropriate, neither state took action to reach the agreed levels.

Although the agreement remains on the books, the contamination remains — and in some places has gotten worse. A 2017 report found that the amount of phosphorus in the Illinois River near the border town of Watts was 78 times higher than the level set by the 2002 agreement. Near another Oklahoma town of Tahlequah, the phosphorus level exceeded the standard by 91 percent. Nine-day-old chickens eat a mix of corn and soybeans and drink water at a poultry farm associated with Tyson Foods, north of Plumerville, Ark. on June 20, 2017.

Meanwhile, data from the Oklahoma Department of Agriculture, Food and Forestry show that the amount of “poultry litter” — a combination of poultry feces and urine, spilled feed, feathers, and bedding — in the Illinois River watershed has risen in recent years. In 2017, more than 15,000 tons of litter were applied to land in the watershed, more than double the amount in 2015.

In April, the EPA announced it was releasing water quality models for the Illinois River watershed basin and Lake Tenkiller that “can be used to evaluate options and their ability to improve water quality.” But the model, while necessary, was only supposed to be an early step in the cleanup process. The next step was to set a specific plan to reduce phosphorus. But an EPA spokesperson confirmed, via email, that the agency is not working on such a plan: “The states are working together to determine the best way to continue progress in the watershed and the recently released models provide them with another tool to guide their decisions. Consistent with cooperative federalism, EPA believes the states should lead this effort.”

According to the Clean Water Act, the only way a state can remove a body of water from the impaired waters list is to prove that it either met or changed the cleanup criteria. Since neither happened in the case of the Illinois River, the EPA’s removal may have been illegal, according to Betsy Southerland, who worked closely on Clean Water Act issues while at the EPA.

“Arkansas was wrong to ask for the delisting, and EPA was wrong to have approved it,” said Southerland, who added that the situation could be grounds for a lawsuit against the agency, arguing that the removal of the sections of the river from the list of polluted waterways was arbitrary and capricious.

Nevertheless, Southerland said the move seemed typical of Pruitt. “Usually he tries to remove any oversight of state actions, and this would fall in this range,” she said. “He calls it cooperative federalism. I call it payola for donors. Literally whatever his donors want, they get.”

Certainly, many of Pruitt’s donors would have faced considerable expenses if they were forced to meet the lower phosphorus standards. Among them was Walmart, headquartered in Bentonville, Arkansas, not far from the Oklahoma border. Campaign records show that Walmart contributed $5,000 to Pruitt’s campaign in 2010. In 2016, Walmart also contributed to Oklahoma Strong, a political action committee associated with Pruitt.

The poultry companies Simmons Foods, Tyson Foods, and George’s Inc., all based in Arkansas, also contributed to Pruitt’s campaign to become Oklahoma attorney general. Don Tyson, who died in 2011, contributed $5,000 to the campaign in 2010, as did his son, John Tyson, and John Tyson’s sister, C.J. Tyson. Mark Simmons and his wife, Diane, made three campaign contributions, totaling $5,000, to Pruitt in 2010. And Charles and Gary George each contributed $5,000 to Pruitt’s campaign in 2010.

After their candidate won, poultry producers in Arkansas continued to fight the implementation of the phosphorus limit, which would have required costly changes to their disposal practices. In 2013, after Pruitt delayed the state’s plan, Arkansas poultry producers Simmons and Tyson both wrote to the EPA requesting that the agency put its work on the river cleanup “on hold” while the study was underway.

Brocksmith used to be hopeful that the federal government would carry out the plan to get the pollution out of his beloved river. “The old EPA would have said, well if you didn’t do it, then we’ll do it.” But the recent developments under Pruitt have shaken his faith. Brocksmith began his fight to clean up the river over 30 years ago. He now fears he’ll never again see the Illinois River run clear.