A corporate-backed Super PAC selectively edited a 3-year-old interview with a Democratic candidate for an Illinois House seat. 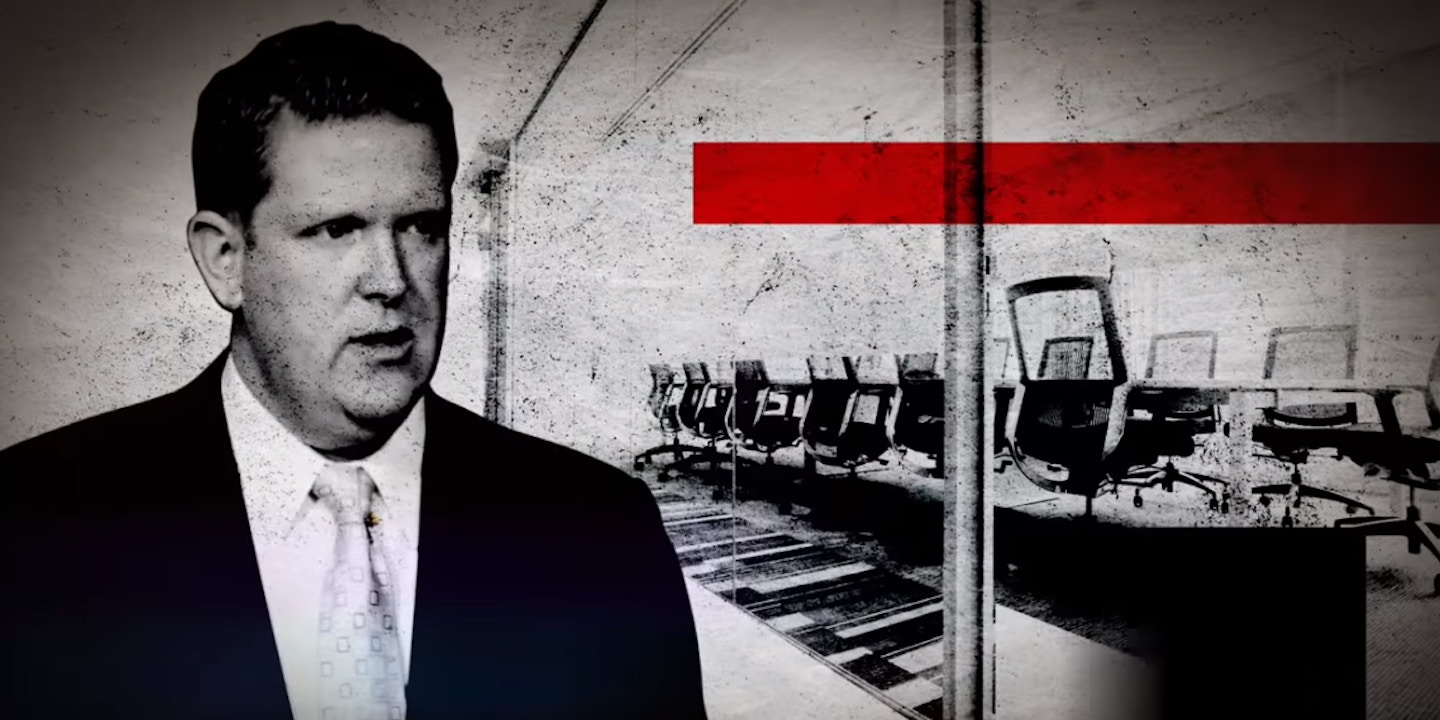 With voters sour on President Donald Trump and his allies in Congress, Republican lawmakers are facing daunting odds in the upcoming midterm elections — and they’re fighting back with misinformation. In a recent glaring example, the Congressional Leadership Fund, a Super PAC tied to House Speaker Paul Ryan, is hoping to turn the tide in an Illinois congressional race with a patently dishonest ad attacking a Democratic challenger.

The latest Congressional Leadership Fund advertisement, unveiled on Tuesday, targets the 12th District of Illinois, a seat downstate in the St. Louis suburbs currently held by Rep. Mike Bost, R-Ill. The ad states that Bost’s challenger, Democrat Brendan Kelly, the St. Clair County state’s attorney, is “liberal on crime,” charging that Kelly has not done enough to convict criminals. Then, the ad plays a clip of Kelly seeming to confess indifference to seeking convictions for criminals. “As prosecutors, our goal is not a conviction,” Kelly says in a video clip that is repeated several times throughout the ad.

The clip, which was taken from an interview Kelly gave to the Belleville News-Democrat in 2015, is selectively edited. In the full interview, Kelly discusses his department’s work with local police to prioritize sexual assault crimes in communities already beset with high levels of violent crime. In the end of the interview, Kelly makes the statement that is clipped off and featured in the Congressional Leadership Fund ad. “As prosecutors, our goal is not a conviction,” Kelly indeed says in the video. But then he continues: “Our goal is not to make an example necessarily of anybody. Our goal first and foremost is justice.”

Kelly is plainly paraphrasing the American Bar Association’s ethical standards for prosecutors, which state that the “the duty of the prosecutor is to seek justice, not merely to convict.” The guidelines call for prosecutors to use their ethical judgment and that discretion is inherent in all matters of law enforcement. Kelly is not, as the Congressional Leadership Fund ad suggests, saying that he does not care about crime.

The misinformation in the ad attacking Kelly is par for the course for the Congressional Leadership Fund, which is tied to a powerful set of Republican lobbyists and corporate donors. The group, which is on track to meet its goal of raising $100 million to keep House Republicans in power, has aired similarly deceptive ads in races across the country.

The Congressional Leadership Fund is on track to meet its goal of raising $100 million to keep House Republicans in power.

In Nebraska’s 2nd Congressional District, currently held by Republican Rep. Don Bacon, the group is airing an ad charging that Democrat Kara Eastman is planning a tax hike that will hit local families, forcing them to pay $2,500 more a year. That accusation is based on the false claim that Eastman opposes middle-class tax relief and will repeal Trump’s tax cuts entirely.

The Eastman campaign has said repeatedly that she is focused on raising the corporate income tax and taxes on top earners, not hiking taxes on ordinary Americans. The Trump tax cuts, notably, only save middle-class Nebraska families close to $857 a year, and the law was designed so those middle-class savings disappear by 2027, while the corporate tax cuts remain permanent.

Delgado, an African-American running in the overwhelmingly white Hudson Valley district, is an accomplished attorney at a major law firm, who recorded a hip hop album in 2006 after graduating Harvard Law. The Congressional Leadership Fund ad shows planes striking the World Trade Center on September 11 over a clip of one of Delgado’s songs, in which he says, “More than 40 times the lives lost in 9/11. … God bless Iraq.”

But the lyrics, heard in full, are hardly an attack on American values. One of the lyrics in question — with the context — reads: “More than 40 times the lives lost on 9/11 and 10 times just for the lives of Iraqi civilians/ $283 billion and counting is what we’re spending/ But terror alive and well, it seems further from ending.” At the end of the tune, the line about God has a broader context, too: “We must fight with love and goodness in our hearts and peace in our minds if democracy, equality, and freedom are truly to prevail. God bless America, God bless Iraq, God bless us all.”

The Washington Post looked at other Congressional Leadership Fund ads, finding more exaggerations and outright falsehoods. In Ohio’s 1st Congressional District, comprised of the northern Cincinnati suburbs and held by Republican Rep. Steve Chabot, the group is airing an ad charging that Democrat Aftab Pureval has been “selling out Americans” by working at a law firm “that made millions helping Libya reduce payments owed to families of Americans killed by Libyan terrorism.”

Pureval worked as a low-level associate at the law firm White & Case after law school, focusing on antitrust issues. White & Case was indeed hired by the Libyan government to help negotiate the $1.5 billion payment to families of terrorism victims who died in the 1988 bombing of Pan Am jet over Lockerbie, Scotland. But the deal was so uncontroversial that it passed Congress with unanimous consent, including from Chabot. Pureval’s spokesperson told the Post that he did not work on the deal — a reasonable assertion given that White & Case is a global law firm, and there is no reason a junior antitrust associate would be expected to work on such a client matter.

The Congressional Leadership Fund’s fusillade of misinformation is underwritten by the most powerful corporate interests in the country, many of which have been courted with the promise of corporate tax cuts and deregulation by GOP lawmakers.

The Congressional Leadership Fund’s fusillade of misinformation is underwritten by the most powerful corporate interests in the country.

The group’s Super PAC has taken major corporate donations from Geo Group, Koch Industries, Microsoft, Valero Energy, Chevron, and Airlines for America, a trade group that represents United Airlines, American Airlines, and other national carriers. Many other corporations have likely contributed to the fund, but their identities are cloaked through a sister group called American Action Forum, which does not have to disclose donor information. The casino magnate Sheldon Adelson, whose Las Vegas Sands Corp. received a $700 million windfall from Trump’s tax policies, is the largest individual donor to the Super PAC.

Many of the corporate donors, including Koch Industries, have professed outrage over Trump-era policies, such as the rollback of criminal justices reforms enacted by the previous administration and a crackdown on immigrants.

Yet the donations have not stopped. The money flowing from the Congressional Leadership Fund helps keep Trump’s Republican allies in power through a combination of election fear-mongering, outright lies, and, in the case of the latest Illinois ad on Brendan Kelly, a willingness to whip up “soft on crime” hysteria that has historically fueled America’s over-incarceration crisis.

Correction: September 22, 2018
This post has been updated to reflect Delgado recorded his album after law school.