The court’s conservative majority has made its support for fascistic policies clear. We need a political response to Trumpian excess, not just a legal one. 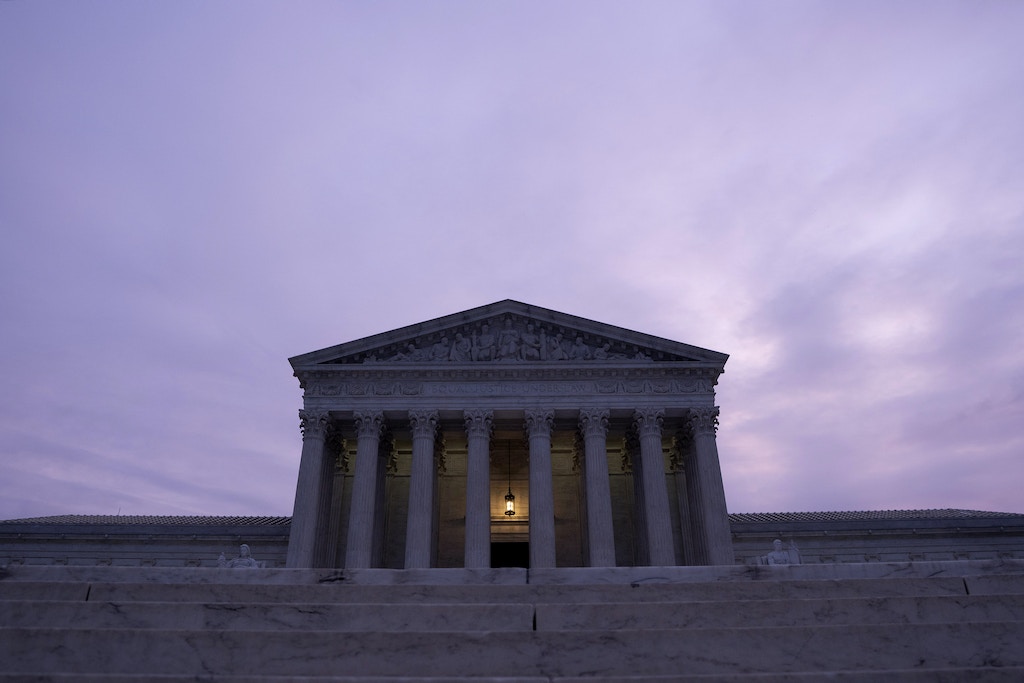 Expanding the “public charge” rule, rightly described as a “wealth test” for immigrants, has long been on the Trump administration’s fascistic agenda wish list. The new policy — which would make it harder for legal immigrants to obtain green cards if they use, or have ever used, public benefits, including food programs and Medicaid — constitutes a dramatic and draconian shift in immigration policy. After it was first announced last August, immigrant rights advocates and numerous states rushed to oppose the rule; lower courts upheld a national injunction against the cruel policy shift, which could see permanent residency status denied to even employed, documented immigrants who have used government assistance programs.

It should come as no surprise that on Monday, the Supreme Court ruled 5-4, along predictable political lines, that the injunction be lifted and that the new “public charge” policy could be enforced. The ruling is just the latest reminder that righteous appeals to judicial checks and balances, and to a constitutional bulwark against Trumpian policy excess, come to a dead end in the nation’s highest court. As in the case of the so-called Muslim ban, and the decision to allow billions of dollars in Pentagon funds to go toward building the border wall, the Supreme Court has once again made painfully clear the limits of legal challenges to Trump’s anti-immigrant agenda.

As I wrote when changes to the public charge rule were first announced last year, the proposal is one of the most radical overhauls in immigration standards in decades. It makes clear that, for this administration, immigration policy is a matter of white supremacist social engineering aimed at excluding and decimating poor, predominantly nonwhite immigrants. Even those who have followed every U.S. law — people in the country with full legal authorization, abiding by all criminal statutes — now risk ineligibility to permanent resident status for having used social services, to which they are entitled.

The public charge rule is not new. Its discriminatory history dates back to the 1882 Immigration Act, which enshrined the exclusion of “undesirables” as a tenet of U.S. immigration policy. The rule grants immigration authorities the ability to reject visa and green-card applicants if they deem them to be at risk of becoming a future public charge. Tens of thousand of Jews made destitute in Nazi Germany were unable to emigrate to the U.S. in the 1930s owing to the public charge condition. In recent decades, however, the classification has been narrow: Prior to the Trump administration’s new rule, an immigrant was only a public charge if they received most of their income from state assistance or lived long term in an institution funded by the government. Health and food benefit programs like Medicare, Medicaid, and SNAP (formerly known as food stamps) had never before come into consideration.

Now, low-income immigrants may be forced to choose between health care and food provisions, and the ability to live and work with authorization in the U.S. Indeed, medical groups have already seen an impact on immigrant patients fearful to enroll in Medicaid since news of the public charge plan leaked in 2017. A study by the Kaiser Family Foundation estimated that the policy could see up to 4.7 million worried immigrants unenroll from Medicaid programs.

Low-income immigrants may be forced to choose between health care and food provisions, and the ability to live and work with authorization in the U.S.

“The rule’s vast expansion of ‘public charge’ — to include employed individuals who receive any amount of certain means-tested benefits for even brief periods of time — is a stark departure from a more-than-century-long consensus that has limited the term to individuals who are primarily dependent on the government for long-term subsistence,” wrote New York Solicitor General Barbara Underwood in the state’s case against the Department of Homeland Security enforcing the new rule.

Yet, as with other immigration-related rulings in the last three years, the administration and its allies on the Supreme Court bench present radical shifts to policy and legal standards as no more than the extension and thorough application of existing legislation.

Instead of focusing on the content of the injunctions against the discriminatory new public charge rule, conservative Justices Neil Gorsuch and Clarence Thomas wrote fervid opinions aimed at lower court judges for issuing nationwide blocks against Trumpian agenda items. “As the brief and furious history of the regulation before us illustrates,” Gorsuch wrote, “the routine issuance of universal injunctions is patently unworkable, sowing chaos for litigants, the government, courts, and all those affected by these conflicting decisions.” Such a framing is as pernicious as it is disingenuous; it suggests that these injunctions were no more than politically motivated disruptions to the proper functioning of government, rather than necessary interventions against extreme and constitutionally dubious policy decisions.

“The Supreme Court’s record on immigration injunctions in the Trump era is completely indefensible,” Aaron Reichlin-Melnick, policy counsel at the American Immigration Council, wrote on Twitter, adding, “The minute a Democratic president starts issuing regulations that the conservative members of the Supreme Court disagree with, watch them suddenly drop all opposition to nationwide injunctions.”

The low-income immigrants targeted by the rule will need solidarity beyond the courtroom.

Legal options for opposing the regulation are not yet exhausted, and lower courts are expected to hear further lawsuits on the constitutionality of the public charge rule in the coming months. “We remain committed to fighting against this misguided rule and will continue to pursue every legal tool available to permanently stop it,” said New York Attorney General Tish James. The American Civil Liberties Union has argued, for example, that by particularly affecting individuals with disabilities, the rule violates federal anti-discrimination law. Claudia Center, senior staff attorney with the ACLU’s Disability Rights Program, stated in response to the Supreme Court ruling: “Congress has repeatedly declared that disability discrimination violates federal law. This rule must be stopped.”

With hope, legal battles against this obscene new immigration restriction will see further blocks on its enforcement. But the low-income immigrants targeted by the rule will need solidarity beyond the courtroom. Immigrant rights and advocacy groups, committed to offering material support and protection to immigrant communities, need funding and assistance. The sites around which the deportation machine is organized, from airports to ICE offices, are deserving of ongoing disruptive protest. It would be unempirical at best to believe that legal merit and moral grounding will determine the operations of a reactionary Supreme Court’s majority, which has made its support for fascistic immigration policy clear. Their work is political and so, too, must be our efforts toward justice.