At least five of Biden’s bundlers — individuals who have raised at least $25,000 — are connected to union-busting firms. 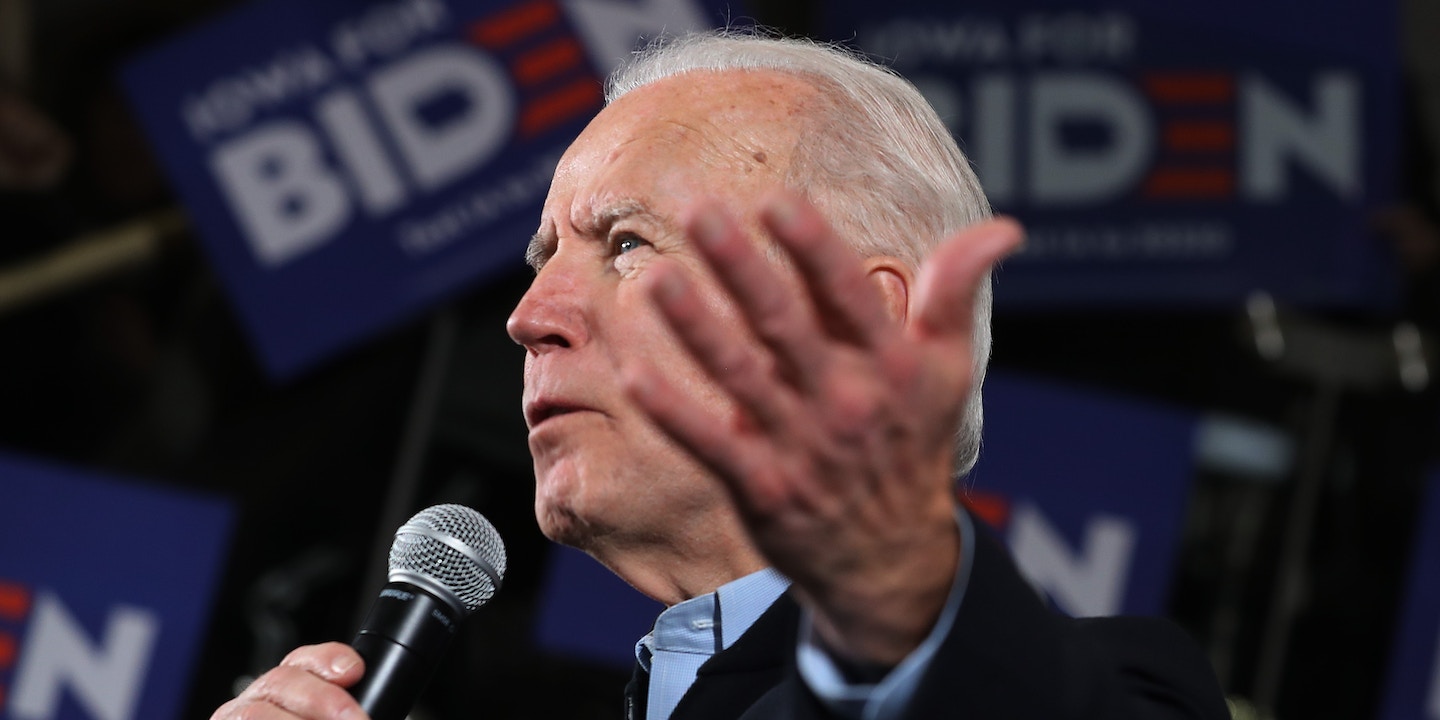 While the list of unions endorsing Sen. Bernie Sanders for president has been growing longer, with the 200,000-member American Postal Workers Union announcing its support this week, former Vice President Joe Biden’s presidential campaign has been accepting campaign contributions from attorneys at law firms with anti-worker histories. Their support includes maximum donations from partners at Jackson Lewis, one of the most notorious union-busting firms in the country. At least five of Biden’s bundlers, individuals who have raised at least $25,000 for the campaign, are connected to union-busting firms, including one who hosted a high-dollar fundraiser.

A preliminary analysis by the Center for Economic and Policy Research found that attorneys at law firms with anti-worker histories are largely throwing their financial support behind Biden. Former South Bend Mayor Pete Buttigieg and Minnesota Sen. Amy Klobuchar have also received some support from partners at anti-union firms, but both have received far less from these law firms than Biden, indicating that the firms see Biden as the candidate most in line with their interests.

Biden took in a total of $4,200 from attorneys working with Jackson Lewis, according to filings with the Federal Election Commission, a powerful New York-based firm the AFL-CIO has called the “No. 1 union buster in America.”

In recent years, furniture retailer IKEA, Ivy League colleges, and Adecco, a staffing company that contracts labor to Google and other tech firms, have all brought in Jackson Lewis to assist in sabotaging their workers’ unionization efforts. A 2017 Village Voice article about the firm’s foray into New York politics resurfaced some of its most notable anti-union work, including its role in a decadelong effort to beat back a unionization effort at a South Carolina battery factory.

“They’re writing speeches, training supervisors, making video and websites to convey the anti-union message,” John Logan, a professor and director of labor and employment studies at San Francisco State University, told the outlet. “They script everything.”

The CEPR analysis, which was based on FEC filings and other publicly available information, also found that more than 10 Cozen O’Connor employees have maxed out contributions to the Biden campaign, including its CEO Michael Heller, president and managing partner Vincent R. McGuinness, and Joseph Quinn, a member of the firm’s Labor Relations and Disputes department. According to the Cozen O’Connor website, the firm helps employers “prepare for and respond to picketing, strikes, lockouts and other economic tactics,” in addition to helping corporations “avoid unionization through positive employee relations and regain nonunion status when employees indicate they no longer wish to be union-represented.” Employees from Morgan, Lewis, and Bockius and O’Melveny and Myers, which provides “union-avoidance” advice, have also contributed to Biden’s campaign.

When Biden kicked off his presidential campaign last April, he did so with a $2,800-a-plate fundraiser at the home of Comcast Senior Executive Vice President David Cohen in Philadelphia alongside Steve Cozen, the founder of Cozen O’Connor, and Ken Jarin, Ballard Spahr partner and lobbyist. In December, the Biden campaign released a list of bundlers who had all brought in at least $25,000 — including Cohen, Cozen, and Jarin. According to the most recent FEC filings, Cozen also gave Biden’s super PAC, called Unite the Country, $25,000. Ironically, the former vice president declared himself a “union man” at his first campaign rally, held by the International Association of Fire Fighters. The Biden campaign did not respond to a request for comment.

Buttigieg, meanwhile, has more than 20 donors from Barnes and Thornburg, a firm that has declared it a  goal to “engage clients in union avoidance activities prior to an actual campaign.” Four of the donors are partners at the national firm and have maxed out.

Andrew Luger, a partner at the anti-worker law firm Jones Day, has raised at least $25,000 for Klobuchar’s campaign, according to her list of bundlers. (Sanders and Sen. Elizabeth Warren don’t have bundlers or private high-dollar fundraisers, so they don’t have similar lists to release.)

“Employees of these firms range from associates to CEO’s and from low dollar donors to bundlers, but their support of these candidates may hint that the labor policies they expect from a Biden (or Buttigieg) administration are more employer-friendly than what unions are expecting,” CEPR wrote.

“At the very least, these firms may be looking to influence strategic appointments at Departments and Agencies like the Department of Labor and the National Labor Relations Board, where sympathetic board members can help ensure the firm’s clients stay ‘union free.’”

Although union membership in the American workforce has plummeted to around 10 percent, that’s still 14.6 million people, and support among labor unions remains critical for political candidates, especially for canvassing and phone-banking efforts in early states.

Most national labor unions have remained on the sidelines this presidential primary cycle. This marks a shift from the previous presidential primary cycle, when organized labor’s unquestioned loyalty to the Democratic establishment led to most influential unions lining up behind the presumptive nominee, Hillary Clinton, early on. But while national unions have been holding off on making endorsements this time around, local unions’ support for Sanders has been snowballing.

In addition to the Postal Workers this week, the Vermont senator has nabbed high-profile endorsements from National Nurses United, the largest nurses’ union in the country with its 150,000-plus membership; United Teachers Los Angeles, the second-largest teachers local in the country; and the United Electrical, Radio, and Machine Workers of America, which represents 35,000 industrial workers.

Sanders’s campaign has also been endorsed by regional affiliates like Roofers, Waterproofers & Allied Workers Local 36 in Los Angeles; Teamsters Pennsylvania Federation Brotherhood of Maintenance of Way Employees Division; and the United Food and Commercial Workers Local 230 in Ottumwa, Iowa. In September, the National Union of Healthcare Workers endorsed both Sanders and Warren. Neither Buttigieg nor Klobuchar has received any labor union endorsements yet.