Children are being detained by Mexican authorities and sent back to a migrant camp where conditions are ripe for the spread of the virus. 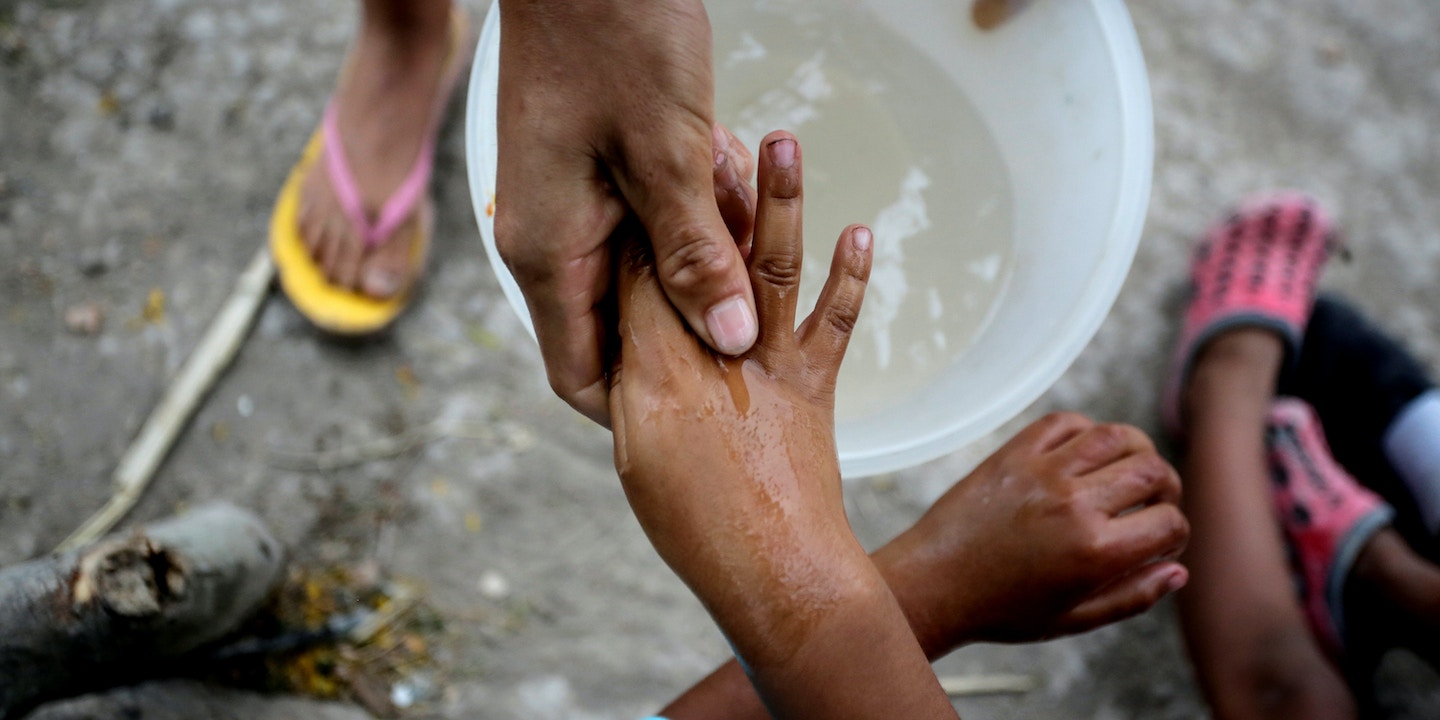 “If one of you gets infected, you could all die,” Pablo recalled a doctor telling hundreds of asylum-seekers at a tent city in Matamoros, Mexico, as the novel coronavirus spread around the world.

Pablo, who is from Ecuador, has been living in the overpacked camp with his 7-year-old daughter since December, waiting for a U.S. judge to decide their case. The conditions were already perilous — a few dozen toilets shared by around 2,000 people, constant sickness, scarce drinking water — but the global pandemic hit like a death sentence.

Two days after the doctor’s warning, in mid-March, Pablo sent his daughter, Heidy, to cross the border without him, in a frantic attempt to get her to safety before the virus struck the tent camp. Heidy and three other girls — who had also been sent by their parents — walked by themselves up the bridge that separates Matamoros from Brownsville, Texas. The youngest was three; the oldest just eight.

But before Heidy and the other girls could present themselves to U.S. Customs and Border Protection agents, Mexican authorities grabbed the girls. “They took them and didn’t want to return them,” Pablo told The Intercept (the full names of asylum-seekers interviewed for this story are being withheld to protect them from retaliation).

As the coronavirus crisis sweeps across the U.S., asylum-seekers stuck in Mexico have grown increasingly desperate, terrified for themselves and for the children they have in tow. An untold number have decided their children’s best hope is to try and enter the U.S. alone, even if that means never seeing them again.

Under the Trump administration’s so-called Migrant Protection Protocols, better known as “Remain in Mexico,” tens of thousands of asylum-seekers arriving at the southern U.S. border since early 2019 have been returned to Mexico for the duration of their asylum process. As a result, many families have sent their kids to cross alone, since the U.S. has a decades-old policy of granting protection to unaccompanied minors.

But even that door has closed. On March 21, citing the coronavirus, the U.S. began summarily expelling children from the country.

On March 21, citing the coronavirus, the U.S. began summarily expelling children from the country.

Since then, U.S. immigration officials have expelled at least 299 minors traveling alone or without legal guardians, according to CBP. Reuters put the number at 377 children, and reported that around 120 of them were sent on planes to Guatemala, Honduras, and El Salvador. It’s not clear what criteria CBP uses to decide who gets sent to Mexico, and who gets returned to their home country.

An unknown number of migrant children have also been apprehended by Mexican immigration authorities as they sought to enter the U.S. and sent to government shelters in Mexico.

CBP officials deny that U.S. and Mexican immigration authorities are coordinating to prevent minors traveling alone from reaching the U.S. But it’s clear they aren’t welcome.

“This disease doesn’t know age. In fact, what we’ve heard from the medical providers is that the younger children can actually be carriers,” CBP Commissioner Mark Morgan said on a March 9 call with reporters. “When they come across the border, they pose an absolutely concrete public health risk to this country, and everybody that they come in contact with.”

Before the pandemic, unaccompanied minors were sent to shelters overseen by the Office of Refugee Resettlement. Most were eventually reunited with a family member or guardian in the United Sates. President Donald Trump has railed against the practice, describing it as a “glaring loophole” that allowed criminal teenage gang members into the country.

Immigrant rights advocates say the Trump administration is now using the pandemic as a pretext to block all asylum-seekers, including children.

“This is part of the Trump administration’s war to prevent people from coming over by any means necessary,” said Richard Newman, managing attorney for the San Antonio Region Justice for Our Neighbors Border Project. “The reason someone sends their children across without them is because they are so desperate.”

As the coronavirus spread, some families packed up and returned to the countries they fled. Currently, there are around 1,500 asylum-seekers in the tent camp in Matamoros, and roughly a third of them children, said Valerio Granello, project coordinator for Doctors Without Borders in Matamoros.

Granello said Mexican immigration officials want to fence in the migrant camp to control movement in and out, and limit possible contagion. There are 13 confirmed cases in Matamoros as of Wednesday.

“The living conditions of migrants at the camp are already precarious, making them more vulnerable to the pandemic,” Granello said. The concept of social distancing is meaningless as the asylum-seekers live in a sea of jam-packed tents.

“We are terrified this virus will infect our boy.”

“We are terrified this virus will infect our boy,” said Daniel, a Honduran asylum-seeker who has lived in the tent camp since June with his 9-year-old son. He asked to withhold his last name because he was scared that speaking out would put him at risk.

On March 22, Daniel sent his son across the bridge to present himself to CBP officers. But it was one day after Trump’s new border rules took effect, and the U.S. officers told the boy he had to return to Mexico, Daniel said. They are now awaiting their next asylum hearing.

“We invested everything to come here. We can’t return because we don’t have anywhere to live,” he told The Intercept.

Some parents who sent their children to the U.S. not only saw their hopes dashed, but nearly lost custody of their children — like Pablo, the Ecuadorian father.

After Mexican immigration officials apprehended his daughter and the other girls, Pablo and the other parents slept on the floor of the immigration office, pleading for the return of their children. Instead, the girls were taken to a government-run shelter, and the parents were required to show birth certificates and give urine samples.

“They wanted to see if we were drug addicts or alcoholics — I don’t know what,” he said.

The government released the girls after two days. For Pablo, it felt like an eternity.

Pablo described his daughter as stoic and quiet. But at night, when they are together in the tent, she cries. Their next court hearing is in May, but it’s likely to be delayed because of the outbreak.

“She asks, ‘When are we going to get there? Why can’t we leave here?’” he said. “I tell her that we have to wait to see what the court says.”