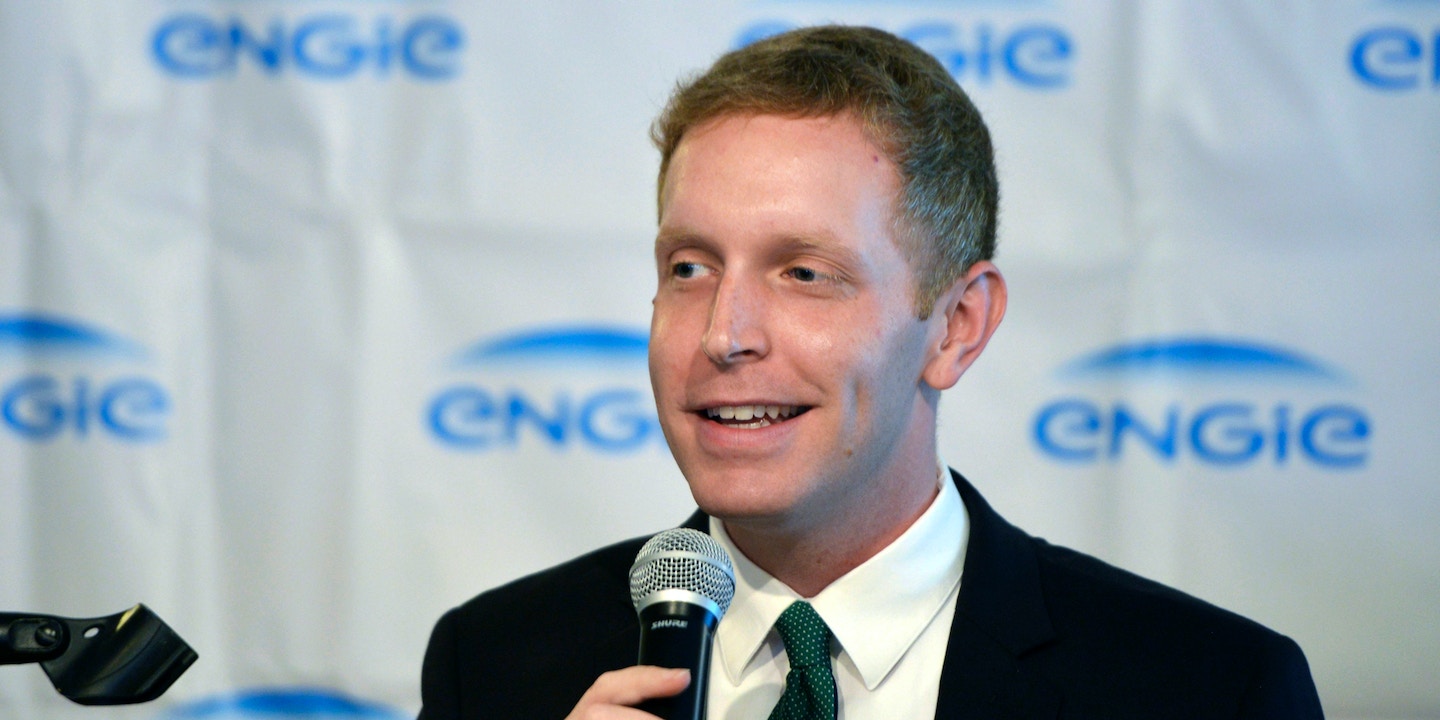 As the primary in Massachusetts’ 1st Congressional District turned into a national story following allegations of misconduct against Holyoke Mayor Alex Morse, the state Democratic Party declined to weigh in, citing its policy to remain neutral in contested primaries.

But behind the scenes, the state party had been coordinating with the College Democrats of Massachusetts to launch those very allegations, according to five sources within the state party and connected to the CDMA, a review of messages between party leadership and CDMA leadership, and call records obtained by The Intercept. The documents show that the Massachusetts Democratic Party’s executive director Veronica Martinez and chair Gus Bickford connected the students with attorneys: among them was the powerful state party figure and attorney Jim Roosevelt, who worked with the college group on a letter alleging Morse behaved inappropriately.

The Intercept reported on Wednesday that at least two members of the UMass Amherst chapter had been planning in some form or another to leverage Morse’s use of dating apps in the Pioneer Valley against him and in favor of his opponent in the primary, longtime incumbent and influential House Ways and Means Chair Rep. Richard Neal. On Thursday morning, in the wake of the revelation, Politico reported that Bickford was calling for an investigation “to examine the conduct of College Democrats who leveled the allegations against Morse.”

“They turned to the state party to help them, they thought they’d protect them, but instead the state party is trying to destroy them,” one member of the Democratic State Committee, or DSC, told The Intercept.

Martinez reached out to CDMA members repeatedly by phone and text from at least late July up to and including Thursday, records show. In text messages reviewed by The Intercept, Martinez takes an active role in directing the group on the strategy behind the letter before and after its release, including coaching on how to interact with the press.

On Thursday, the College Democrats posted a statement that apologized to Morse, adding, “We wrote the letter to Alex Morse’s campaign on the advice of legal counsel,” but did not specify who that counsel was.

Update from CDMA to its members on the Alex Morse story pic.twitter.com/yJ0EFxlkTr

The grandson of Franklin D. Roosevelt, attorney Jim Roosevelt is a major power broker within the state and national Democratic parties and contributed to Neal’s campaigns in 2008 and 2016, giving $1,000 and $500 respectively, according to records filed with the FEC. He has a history of tangling with the Bernie Sanders-aligned wing of the party. In 2016, he chaired the Democratic National Convention’s credentials committee, rejecting Sanders’s formal request to remove Barney Frank as the chair of the rules committee, after the Vermont senator deemed the former lawmaker too hostile to Sanders and his agenda. A year later, Roosevelt publicly rebuffed the suggestion by Sen. Elizabeth Warren that members of the DNC had tilted the presidential playing field toward Hillary Clinton’s campaign. A former CEO for health insurance giant Tufts Health Plan, Roosevelt will once again co-chair the credentials committee next week at the DNC.

Asked if anyone from the state party leadership ever reached out to him about concerns being expressed by College Democrats, Morse said: “Never.”

Neal was first elected as a representative in 1988, and as chair of Ways and Means, has influence over nearly every piece of legislation that passes through Congress. Morse, backed by Justice Democrats and the Sunrise Movement, has challenged him on his fealty to corporate donors. If Neal falls, the progressive Rep. Lloyd Doggett, D-Texas, would be next in line for the committee gavel.

The would-be scandal broke into public view on Friday, August 7, when the Daily Collegian, UMass Amherst’s student newspaper, reported that the College Democrats had sent a letter to Morse barring him from future events, alleging that he had made students feel uncomfortable by abusing his position of power, making romantic advances, and engaging in sexual contact. Morse acknowledged in a statement that he had had consensual relations with adult students in the region in the past, defending his right to do so, while apologizing if any students felt uncomfortable. The mayor had previously been an adjunct professor at UMass Amherst, teaching a once-a-week course, and denied that he had ever slept with one of his students — behavior which is barred under the university’s policy. No allegation that he has done so has been put forward. (Today, UMass announced it had hired an independent attorney to investigate whether Morse violated university policies.)

The public condemnation was swift and fierce, but there was little evidence behind the allegations. No student has come forward to claim any form of harm. The College Democrats, which had claimed that Morse used their events to meet students, clarified this week that he had in fact only attended a single event throughout his campaign, which began in June 2019. That event was in October.

The allegations landed in part because there had long been rumors about Morse’s sexual life in Western Massachusetts political circles, the kind of vague insinuations that are often referred to as common knowledge, though without specifics. Earlier this year, a Capitol Hill Democrat who works closely with Neal’s staff on the Ways and Means Committee said they approached a senior Neal staffer to ask how serious the threat by Morse was to his boss. He wasn’t concerned, he replied, because the young mayor was known to have slept with college students and that information would emerge at the right time. That doesn’t mean, however, that Neal’s team played any role in surfacing those allegations, and he has denied having done so.

“I learned about the allegations against Mayor Morse the same way everyone else did, in the Daily Collegian last week,” Neal said in a statement Thursday. “I also want to be clear I will not tolerate my name being associated with any homophobic attacks or efforts to criticize someone for who they choose to love. That’s inconsistent with my character and my values.”

“Any implications that I or anyone from my campaign are involved are flat wrong and an attempt to distract from the issue at hand,” Neal added. “I have been and will remain entirely focused on the respective records of myself and Mayor Morse.”

It is undeniable, however, that the state Democratic Party was behind the emergence of the accusations.

The state party is supposed to be neutral in contested primaries. According to the organization’s bylaws, “no officer of the State Committee and no Chairperson of any subcommittee shall use their title or office to endorse and/or otherwise support any candidate prior to a contested Democratic Primary, and no staff member of the State Committee shall endorse or participate in any contested Democratic Primary campaign.” Martinez and Bickford’s decision to push Roosevelt on the group appears to be at odds with that rule.

A DSC member told The Intercept that in their view, the different roles Martinez, Bickford, and Roosevelt played in the development and release of the CDMA letter — as well as the ensuing attempts to cover up their involvement after the fact — make the state party’s hostility to Morse, a young gay man, hard to ignore.

“As a DSC member, it’s pretty angering that party resources and party staff were put into an effort to attack a gay candidate,” the member said. “I don’t know how we can have any trust with the LGTBQ community going forward.”

According to three sources with knowledge of the timeline, party leadership talked to the college group three weeks ago and then referred them to Roosevelt for assistance. The exact nature of that help, however, is a matter of some contention — details that could be illuminated by the forthcoming investigation. Bickford, according to Politico, said that the investigation would not begin until after the September 1 primary, so as not to influence the result.

“The Party was made aware of concerns of several members of organizations connected to the Party,” Martinez told The Intercept, claiming the party retained its neutrality in the contest. “We referred the individuals expressing these concerns to legal counsel and had no further involvement in the matter.” Bickford repeated this version of events to another source close to party leadership on Thursday afternoon, but did not respond to requests for comment.

According to multiple sources close to the state party and the College Democrats, who spoke on condition of anonymity, after Bickford and Martinez recommended him, Roosevelt took control of the process and led UMass College Democrats leadership in the letter’s composition. Reached by phone Thursday, Roosevelt told The Intercept he would not comment on work with clients.

Sources close to the college group told The Intercept that a number of members felt the best way forward was a private letter to Morse that would remain between the young mayor and the organization. Roosevelt dismissed that idea, telling the group that a public letter would be more effective. The leadership of the UMass Amherst College Democrats have denied privately that they leaked the letter, which was published on August 7, according to members of the chapter. Some of the leaders of the College Democrats were caught off guard when the article was published, according to the messages.

Some members of the group, however, had been trying to plant the story since at least April, when CDMA leadership began telling members of the high school affiliate about the group’s intent to sabotage the Morse campaign, according to three sources within the Massachusetts High School Democrats. Around the same time in April, Grace Panetta, a politics reporter at Business Insider, began to receive emails from a “[email protected]” email address. According to Panetta, the body of these emails contained the names and email addresses of three students involved with CDMA who could confirm the vague accusations against Morse, two of whom discussed a plan to sabotage the Morse campaign as far back as October 2019, as reported in The Intercept’s Wednesday article.

Panetta did not bite, sensing something off about the tip. A subsequent attempt to land the story in Politico in June also fell short. It wasn’t until the new strategy was developed — a private letter to Morse that solicited a response, both of which where published by the Daily Collegian — that the group was able to take long-running rumors about Morse and turn them into a potentially career-ending scandal.