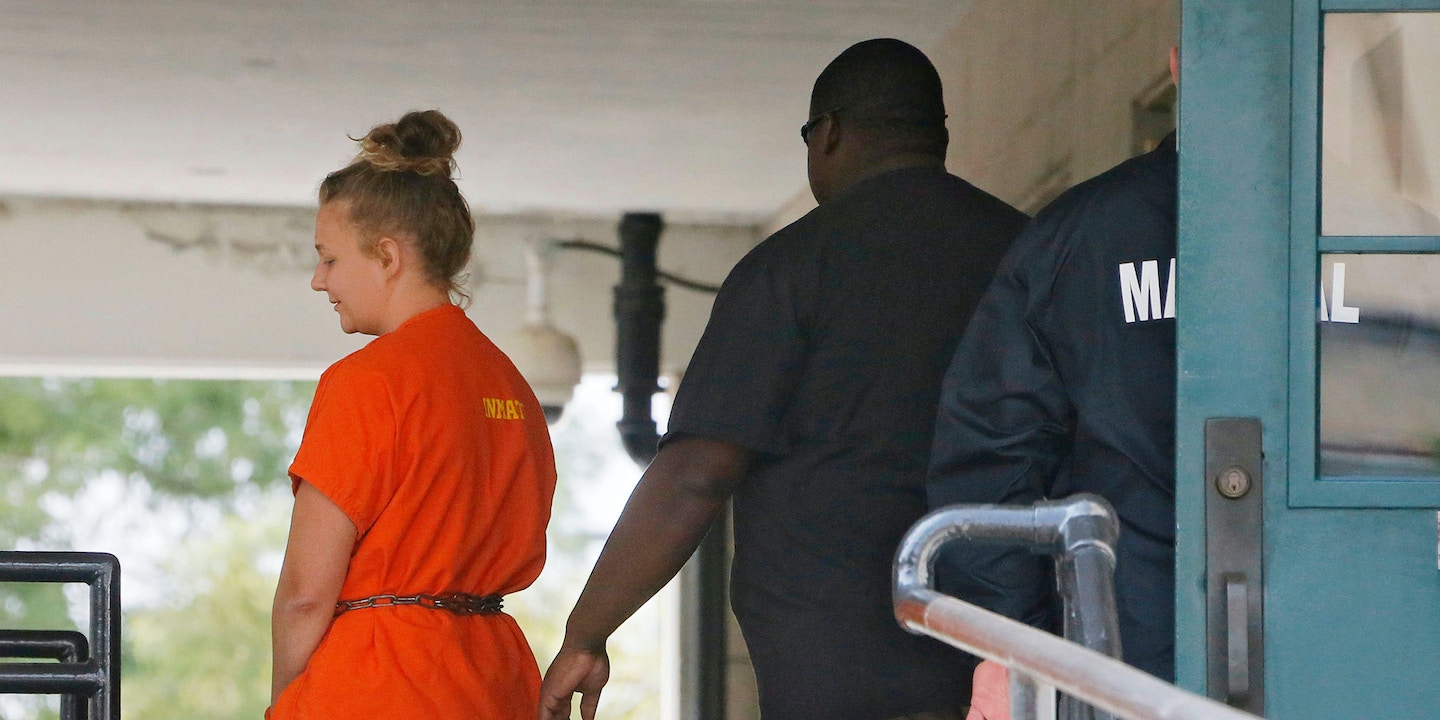 On New Year’s Eve, Billie Winner-Davis, the mother of National Security Agency whistleblower Reality Winner, received a panicked call from the Fort Worth, Texas, prison where her daughter is serving a more than five-year sentence. Winner revealed to her mother that she had filed a sexual assault complaint in March under the Prison Rape Elimination Act, or PREA. The months-old claim, though, had become newly urgent. In December, Winner told her mother, through tears, that the guard she accused of wrongdoing announced to her unit that Winner had filed a report and warned: “If you lie on me, I go for blood.”

Other incarcerated women gathered around Winner and told her that they would keep her safe, her mother said, relating Winner’s account. The young Air Force veteran, Winner-Davis said, felt “perfectly safe” around the other detainees and feared that the prison would put her in solitary confinement as a would-be protective measure.

Winner-Davis pulled every lever she could to sound the alarm. She wrote to the prison’s administration, to Texas’s two senators, to her congressional representative, and to the White House. She shared details of the incident with her tens of thousands of social media followers.

Then, in early January, the prison did something it had not done in the more than nine months since Winner filed her PREA complaint: send an investigator to interview her about the incident and, remarkably, a physician to examine her for signs of sexual assault.

“The protocol is designed and is almost entirely always done within 24, 48 hours of the report. This is just totally outrageous.”

When a baffled Winner explained to the doctor that her complaint had been filed nearly a year before, he took her vitals and wrote down an account of what had happened, according to Alison Grinter, the Dallas-based attorney running Winner’s clemency bid.

“As soon as their attention was brought around to this, they went through the protocol,” Grinter said. “But of course, the protocol is designed and is almost entirely always done within 24, 48 hours of the report. This is just totally outrageous.”

The Bureau of Prisons, in a statement, told The Intercept it has a “zero tolerance” policy for sexual abuse and that all allegations are “thoroughly investigated.” But experts said the protections laid out under PREA may still come up short for the range of ways that incarcerated people experience sexual threats.

People incarcerated in federal prisons file hundreds of PREA reports each year, but administrators frequently decide that the allegations aren’t true or can’t be substantiated. A 2019 PREA audit of Federal Medical Center Carswell, the prison where Winner is being held, said that “retaliation monitoring” at the facility was not always undertaken “in a timely manner,” as noted by journalist Kevin Gosztola at Shadowproof, who first reported Winner’s allegations. The shortcomings in the reporting system can leave vulnerable incarcerated people to doubt what protection, if any, they can count on and, like Winner, cause them to second-guess their own experience.

The alleged retaliatory verbal threat capped off a dark year for Winner, her penultimate one behind bars.

Winner is currently serving the longest prison sentence of its kind under the Espionage Act, a World War I-era law used in recent years to send journalists’ sources to prison, even as comparable defendants have simply gotten probation for “mishandling classified information.”

The government itself acknowledges that Winner’s intent was to send the document she leaked to journalists and therefore warn the American public, rather than use it for personal gain. The NSA report detailed phishing attacks by Russian military intelligence on local U.S. election officials and was published in a June 2017 article by The Intercept. (The Intercept’s parent company, First Look Media, contributed to Winner’s legal fund through the Press Freedom Defense Fund.)

In 2020, she suffered a series of legal defeats as she attempted to secure compassionate release during the Covid-19 pandemic — something that would not only have brought peace of mind to her and her family but was also in line with pandemic policy guidance to prisons from then-Attorney General William Barr. In the months while she waited for courts to respond, Winner became infected with Covid-19 during a mass outbreak in her prison, which would eventually see six incarcerated people die with the virus.

Throughout the pandemic, the prison’s lockdown crippled Winner’s ability to manage the eating disorder she was diagnosed with during the time when she spent 12-hour days translating the intercepted communications of terror suspects in the drone program. At her sentencing, Winner told a judge that bulimia is “the most pressing internal challenge in my day-to-day survival.”

The March incident that prompted Winner to file a PREA report occurred around 3 a.m., during an overnight cell check that guards perform to make sure incarcerated people are in their beds, according to Grinter, who got an account directly from Winner. If guards cannot see a person, they may make a vocal command to get their attention; Winner told her attorneys that a guard reached into her bed and rubbed her arm.

It’s unclear what action, if any, prison administrators took after Winner filed her complaint. Federal Medical Center Carswell did not respond to emailed questions or a voicemail from The Intercept, and the Bureau of Prisons’ public affairs office said it cannot comment on individual claims made by an incarcerated person.

“This investigator just pretty much minimized everything and, during the interview process, was basically trying to persuade Reality that nothing happened.”

Winner told her mother and Grinter that nothing happened after she filed her PREA report. Winner-Davis believes only her public outcry led the prison to send an investigator and doctor to meet Winner in January. Winner-Davis said her daughter said that the investigator, during the interview, led Winner to doubt her own gut feeling that she had been violated.

“This investigator just pretty much minimized everything and, during the interview process, was basically trying to persuade Reality that nothing happened,” Winner-Davis said, recounting her daughter’s observations. “When she walked out, she got really angry because she’s like: ‘No, dang it, this happened. And I’ve been victimized.’”

Julie Abbate, national advocacy director of Just Detention International, a group dedicated to ending sexual abuse in detention, said it is possible that the prison officials decided an incident like the one described by Winner does not fall under PREA. But that doesn’t mean an incarcerated woman didn’t find it sexually threatening, according to Abbate. If a woman is asleep in her bed late at night and then is abruptly awoken by a hand on her skin, she will likely experience that in a way that is overshadowed by her awareness of women’s sexual vulnerability, she said.

Prison safety protocols may call for checking up on incarcerated people overnight, both to ensure that there are no escapes and that no one has had a medical emergency, Abbate said, but it should be done in a way that takes women’s real fears over their vulnerability into account.

“What this means is that the BOP” — Bureau of Prisons — “is failing its women prisoners if they’re not dealing with them in a gender-responsive manner,” she said.

Since Winner relayed the alleged verbal threat to her mother and attorneys, a staffing change at the prison has allayed her immediate concerns, according to Winner-Davis, though her daughter remains worried that a reversal would put her back in danger.

Her supporters are drumming up attention and advocacy with an eye on the incoming Biden administration, with a military families advocacy group launching a letter-writing campaign to seek clemency or a pardon for the young veteran as a growing and diverse array of political actors back her cause.

But while she continues to be incarcerated, the verbal threat looms large for Winner.