The lawyer who helped ban chlorpyrifos on food crops warns that the EPA decision creates obstacles to banning other dangerous pesticides. Patti Goldman is thrilled that the Environmental Protection Agency has decided to cancel the use of chlorpyrifos on all food crops. An attorney with the environmental group Earthjustice, she has spent more than 20 years working to protect people from the pesticide, which causes brain damage in children, including intelligence deficits, learning, memory, attention, and motor problems. The ban, announced last week, follows an April ruling in a series of lawsuits she filed against the EPA starting in 2007, in which a panel of judges led by federal Judge Jed S. Rakoff gave the agency a deadline to make a decision about the pesticide.

Goldman brought the case against EPA on behalf of the League of United Latin American Citizens, the Pesticide Action Network, United Farm Workers, and other groups whose workers and children were sickened by the chemical. As the years ticked by, the evidence of the harms of chlorpyrifos mounted, and Goldman became painfully aware that her clients — and others around the country — remained in danger.

Ultimately, the general public also became outraged over the delayed removal of chlorpyrifos from the food supply. In 2017, the Trump administration refused to follow through with the Obama EPA’s planned ban of the pesticide. The decision, which followed multiple meetings and communications with industry groups and a $1 million donation from chlorpyrifos-maker Dow to Donald Trump’s inaugural committee, turned the pesticide into a symbol of the agency’s failure to stand up to industry. Noting that its ongoing use was helping fuel an epidemic in learning difficulties, activists demanded that the EPA under President Joe Biden take action. Rakoff seemed worried too, noting in his ruling that “the EPA’s egregious delay exposed a generation of American children to unsafe levels of chlorpyrifos.” 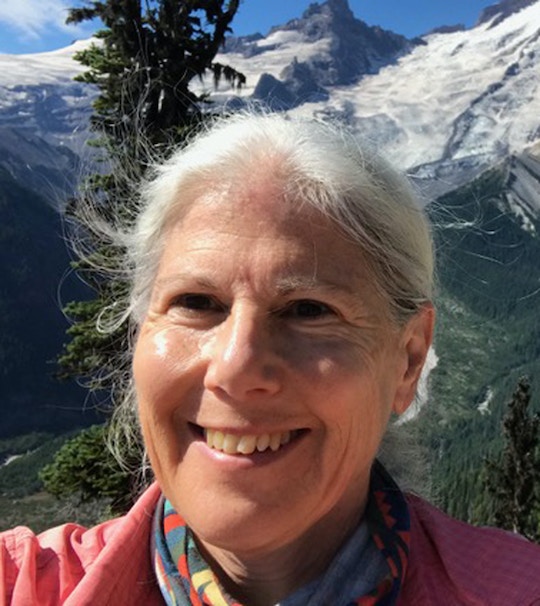 For more than 50 years, chlorpyrifos has been sprayed to keep pests off a wide range of crops, including apples, broccoli, corn, soybeans, asparagus, and peaches. The ban, which will take effect six months from last week’s announcement, follows years of mounting evidence that the chemical was harming both farmworkers and children exposed to it.

For Goldman, the ban lifted a decades-old burden. “I felt very relieved,” said Goldman, who lives in Seattle and went for a hike on Mount Rainier to celebrate. “It’s too late, and it took way too long, but finally the EPA is taking action to protect children from this nasty pesticide.”

Yet her joy clouded after she read the document in which the agency’s Office of Pesticide Programs laid out its thinking. The problem wasn’t the outcome but how the agency had reached it: While the Biden EPA has now finalized the ban begun by the Obama EPA, its rationale for doing so was based on different science. “Their decision is very disturbing to me,” she said.

The Obama administration had been preparing to stop the use of chlorpyrifos on food based in part on studies showing that low levels of the pesticide can cause brain damage in humans. But the new ban reaches the same end using a far less protective measure.

The agency’s 2016 risk assessment recognized epidemiological studies that showed that the pesticide had lasting effects on children’s brains, including those done by Virginia Rauh and her fellow epidemiologists at the Columbia Center for Children’s Environmental Health. For more than 20 years, Rauh has been studying a group of women in New York City, some of whom had children when chlorpyrifos was still allowed to be used indoors to kill roaches and had high levels of the chemical in the blood of the umbilical cords. The others in the cohort gave birth after indoor use of the chemical was banned in 2001 and had dramatically lower levels in their blood.

Rauh was able to clearly document striking differences between the two groups. Babies born with more of the chemical in their blood were smaller and had poor reflexes. The differences between the children persisted over time. At age 3, those who had been highly exposed to the pesticide were more than twice as likely to be mentally delayed; more than five times as likely to display pervasive developmental disorder, a diagnosis that was later folded into autism spectrum disorder; more than six times as likely to have symptoms of ADHD; and more than 11 times as likely to have symptoms of other attention disorders. By the time they were 7, the highly exposed children in Rauh’s sample had lower IQs and deficits in working memory.

A panel of experts that advised the EPA on chlorpyrifos in 2008 recognized the importance of Rauh’s work, noting that it “‘provided extremely valuable information’ for evaluating the potential neurodevelopmental effects of chlorpyrifos.” And in 2010, the agency noted “that the studies show some consistent associations relating exposure measures to abnormal reflexes in the newborn, pervasive development disorder at 24 or 36 months, mental development at 7-9 years, and attention and behavior problems at 3 and 5 years of age.” Other epidemiological studies also found that chlorpyrifos had lasting neurodevelopmental effects on children.

Dow, the chemical company that created and profited most from the pesticide, attacked the epidemiological studies and took particular aim at Rauh’s research, arguing in part that it couldn’t be reproduced. Instead, the company supported setting limits on the pesticide based on another harm it caused: the reduction of an enzyme necessary for brain function called cholinesterase. But in 2015, an EPA advisory panel warned that the amount of the pesticide that depressed cholinesterase activity by 10 percent — the measure being considered by EPA — “is not sufficiently protective of human health.” The panel noted there is evidence that the pesticide causes other harms at doses lower than that cutoff.

Yet the Biden administration chose to ban chlorpyrifos based on the less sensitive cholinesterase endpoint that Dow favored. In a statement, an EPA spokesperson said that the “agency will continue to evaluate recent developments in the science around chlorpyrifos and neurodevelopmental effects.” The spokesperson added that the “EPA remains unable to verify the reported findings of the Columbia Center for Children’s Environmental Health (CCCEH) papers or conduct alternative statistical analyses to evaluate the findings.”

In its decision, the EPA cited concerns about its inability to reproduce Rauh’s experiment and a lack of information about the amount of chlorpyrifos in the apartments of the women in the study. But Tracey Woodruff, director of the Program on Reproductive Health and the Environment at the University of California, San Francisco criticized these explanations as excuses.

“They are just creating barriers to using these studies,” she said. “EPA could have used the human evidence, but they actually walked back what they did in 2016.” Woodruff added that she believes industry capture within the pesticide program is the source of the problem.

“There was a missed opportunity here,” said Nathan Donley, senior scientist at the Center for Biological Diversity. While Donley is extremely pleased with the ban on food uses of chlorpyrifos, he said he and other colleagues are at the same time disappointed in the EPA’s refusal to regulate based on the evidence of brain damage in children. “Everyone is so frustrated because EPA acknowledged all this amazing epidemiological work but ultimately ignored it,” said Donley, who added that the agency has also declined to use epidemiological evidence to regulate other pesticides, particularly atrazine and 2,4-D.

Now other chlorpyrifos experts fear that, even though it put an end to the use of chlorpyrifos on food, the science in the new ban will be used to give other dangerous pesticides a pass.

While chlorpyrifos is the most widely used and well-known pesticide in its class, 15 other organophosphate pesticides remain widely used on food in the U.S. And the EPA has already acknowledged that all of them also harm the developing brain. Eight of these pesticides are associated with cancer, and eight have been shown to damage the ability to reproduce, according to a new analysis by Earthjustice.

And, as chlorpyrifos does, all of the other organophosphate pesticides also affect the enzyme cholinesterase, which means the same approach EPA took in its latest decision could be used in the upcoming assessments of these pesticides. Goldman suspects the pesticide manufacturers are already anticipating this possibility and will look for a way to keep their chemicals in use.

“You can bet the chemical companies are going to work on these models as fast as they can now,” she said. “They’ll try to get EPA to say, ‘Oh, let’s pinpoint the exposure that causes 10 percent cholinesterase inhibition.’ And if that happens, children would be exposed to levels that damage their brains.”

Goldman and her colleagues are already redoubling their efforts to get the EPA to ban all the organophosphate pesticides, urging the EPA to protect children and workers and raising the same issues as they did with chlorpyrifos. It may be another long battle, one that involves more lawsuits and, perhaps, much more frustration. But Goldman thinks that even activists who are weary from years of pushing to ban chlorpyrifos will be willing to keep fighting once they understand the ongoing danger they face from the organophosphates that remain on the market.

“Look how upset people were about learning that there’s a pesticide used on their food that can cause the types of learning disabilities that so many children and families and teachers are all struggling to cope with,” she said. “We have a whole class of pesticides that we know causes learning disabilities. I think people will be as upset about the rest of them as they have been about chlorpyrifos.”

Update: Aug. 25, 2021
This article has been updated to include a statement from the EPA that was provided after publication.