Julian Assange on Brink of Extradition to U.S.

The judgment on Friday puts Assange at greater risk than ever of facing trial for espionage charges that have alarmed press freedom advocates. 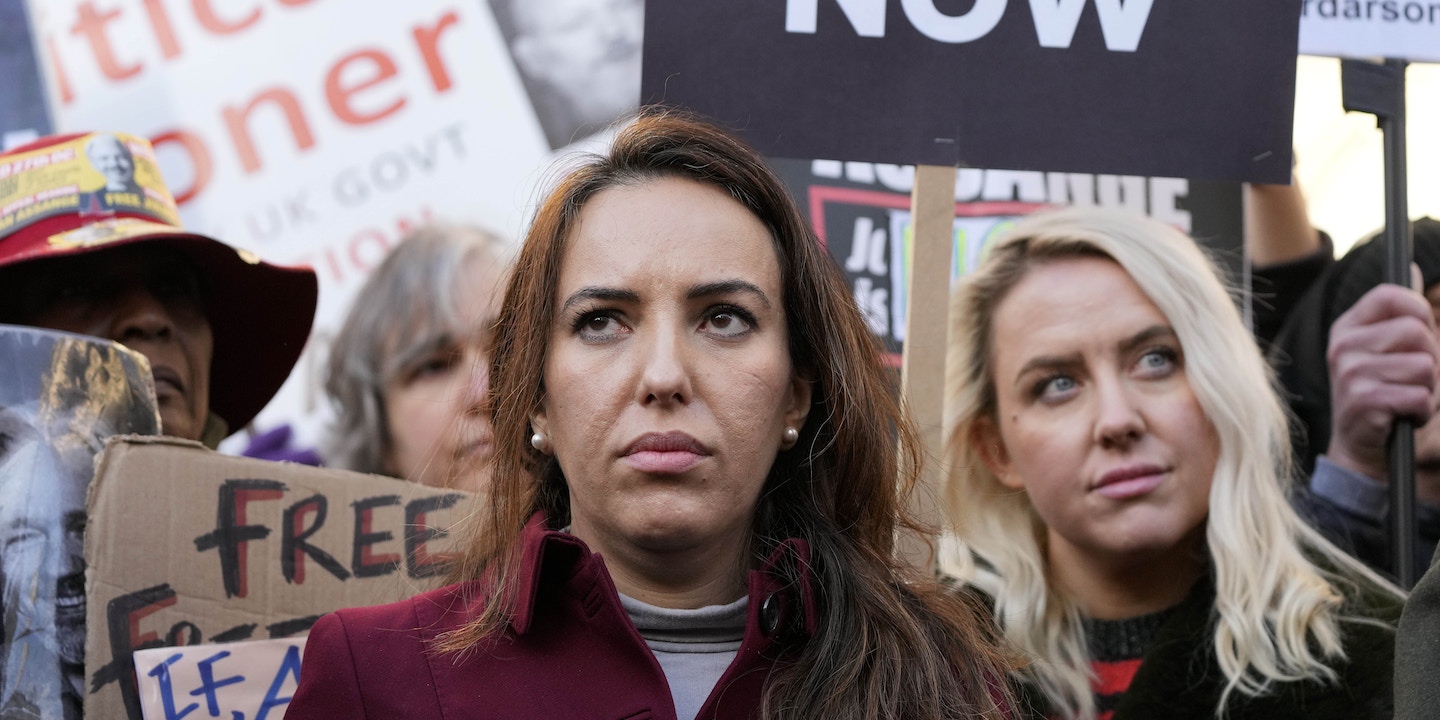 The U.S. government has won its appeal of a British court ruling barring Julian Assange’s extradition on Espionage Act charges, setting the stage for the WikiLeaks founder to be sent to the U.S. to face trial. The decision handed down Friday morning reverses a previous conclusion that Assange would face unacceptable risks to his safety if held in the United States. A lower-court judge ruled in January that Assange would be at risk of suicide or other harm if held in American custody. But following reassurances by U.S. authorities that he would be held in the most strict confinement, a judge found that Assange can be extradited on the charges related to his publishing of classified State Department documents.

Assange can still appeal the verdict, but the judgment by the court puts him at greater risk than ever of finding himself standing trial on charges that have alarmed press freedom advocates. In a statement given after the ruling, Assange’s fiancée Stella Moris said that the ruling was “dangerous and misguided” and that U.S. assurances about the conditions of Assange’s confinement once stateside could not be considered reliable. Doctors have testified that Assange suffers from severe depression and other mental illnesses triggered by the years he has spent on the run from the U.S. government, and that he would be at grave risk of suicide if extradited to the U.S. The U.S. government has said that it might allow Assange to serve any future sentence in Australia, where he would face less restrictive confinement, but these assurances have been criticized by his supporters as vague and unreliable.

The Biden administration has continued to press ahead with Assange’s indictment over his alleged role in assisting whistleblower Chelsea Manning to release thousands of State Department cables and other classified information in 2010 and 2011. The classified disclosures included thousands of documents outlining U.S. perceptions of foreign regimes and helped trigger major unrest in countries like Tunisia, where the 2011 revolution was spurred in part by revelations of domestic corruption outlined in the documents. WikiLeaks also helped uncover evidence of civilian killings carried out by U.S. troops during the war in Iraq, including shocking video footage of the crew of an Apache helicopter killing Reuters journalists and others during a 2007 attack in Baghdad.

In later years, Assange became a controversial figure in U.S. domestic politics due to his perceived support of Donald Trump and allegations that later WikiLeaks disclosures were aimed at helping ensure his victory in the 2016 election. But the Espionage Act charges he now faces stem from Manning’s classified disclosures, which provided a rich resource for journalists and activists around the world. The potential criminalization of a standard journalistic practice — the publication of classified documents provided by a source — has alarmed press freedom advocates.

“That United States prosecutors continued to push for this outcome is a betrayal of the journalistic principles the Biden administration has taken credit for celebrating,” Trevor Timm, executive director of the Freedom of the Press Foundation, said in a statement decrying Friday’s verdict. “As brave whistleblowers have explained for decades, this kind of abuse of the Espionage Act against sources — and now journalists and publishers — is an embarrassment to basic ideals of justice and to core First Amendment values.”

The change from the Trump to Biden administration does not seem to have engendered any greater concern for the possible implications of Assange’s prosecution for acts of journalism. Assange’s fate remains unsettled, as his supporters, many of whom gathered in protest outside of the court following the verdict, have already indicated that he plans to appeal the decision. But the Biden administration appears set on continuing the persecution of Assange that has gone on for roughly a decade.

“Julian’s life is once more under grave threat, and so is the right of journalists to publish material that governments and corporations find inconvenient,” WikiLeaks editor-in-chief Kristinn Hrafnsson said. “This is about the right of a free press to publish without being threatened by a bullying superpower.”