Powell’s reappointment is threatened by Democrats calling for more aggressive action by the Federal Reserve on climate. The Federal Reserve’s role in the climate emergency is “limited,” Chair Jerome Powell said Tuesday, to what is effectively an educational role in helping financial institutions understand their long-term risk.

Powell’s narrow approach was offered in response to questioning from Sens. Sherrod Brown, D-Ohio, and Elizabeth Warren, D-Mass., who have pushed for the Fed to take a more aggressive posture.

“Our role on climate change is a limited one, but it’s an important one,” Powell said during Tuesday’s confirmation hearing in the Senate Banking Committee to reappoint him as chair of the Federal Reserve. “It is to ensure that banking institutions we regulate understand their risks and can manage them, and it’s also to look after financial stability.”

“Well, the world is running out of time to deal with the climate crisis,” replied Warren, “and the Fed has an important role to play here, and I hope the Fed will step up.”

Powell’s nomination is threatened by Democratic doubts about his interest in tackling the climate crisis. Powell’s past reticence on climate change’s relevance is one of the key reasons that Warren and Sens. Sheldon Whitehouse, D-R.I., and Jeff Merkley, D-Ore., oppose the reappointment of this centrist Republican, who was nominated to the Fed board by President Barack Obama in 2012 and made chair by President Donald Trump in 2018.

At the hearing, Sen. Pat Toomey of Pennsylvania, the ranking Republican on the committee, encouraged Powell to ignore climate. In his opening statement, Toomey called global warming “politically charged” and insisted that it is “totally irrelevant” to the Fed’s job of maximizing employment and ensuring stable prices.

Though Powell sees the Fed as a steward of stability, climate stress scenarios measuring how banks will fare amid oncoming global warming would not incur regulatory action, he said.

“We are looking at climate stress tests. I think it’s very likely that climate stress scenarios, as we like to call them, will be a key tool going forward,” Powell said. “I would stress these are very different from the regular stress tests, which affect capital. Climate stress scenarios, at this stage, are really about ensuring large financial institutions understand the risks they are taking, including the risks that may be inherent in their business model regarding climate change over time.”

Under the stress tests that were set up after the 2008 financial meltdown, banks face real consequences if the Fed’s analysis shows that they aren’t well positioned to weather a downturn. If they don’t take corrective action, they could be prevented from paying out their executives and shareholders with dividends.

Powell indicated that he’s more worried about the “transition risk” of climate action than what one might call the “civilizational collapse risk” of inaction.

Climate advocates have called for similar climate stress tests that would require remediation plans and suspension of capital distribution, but Powell took pains to tell Brown that the Fed won’t do that. All he committed to is having the Fed report the equivalent of, “Oh, hey, look, bank X is really screwed in certain climate scenarios, maybe you want to take a look at that.”

In his remarks to Warren, who outlined an aggressive climate agenda for the Fed in her presidential campaign, Powell indicated that he’s more worried about the “transition risk” of climate action than what one might call the “civilizational collapse risk” of inaction.

“With financial stability, the issue really is, can something from climate change rise to the level that would threaten the stability of the entire financial system?” Powell said. “That sounds more like something in the nature of transition risk, where some unexpected government policy change happens, which could potentially create disruption.”

These “transition risks” were defined by Lael Brainard, the Fed governor nominated by Biden for vice chair, in a 2019 speech on climate as “the risks associated with the transition to a policy framework that curtails emissions.” So: stuff like billions in investments in fracking, tar sands, and coal mines going belly up if the United States were actually to take the global carbon budget seriously.

Throughout the Trump years, Brainard, the only Democrat on the board, was a thought leader on the question of climate as a risk to the financial system and seemingly the only prominent Fed official who was willing to discuss its role in climate change. At her nomination hearing on Thursday before the same committee, Brainard was hectored by Toomey that “there is no reason to believe that global warming poses a systemic risk to the financial system,” apparently because he never looks out the window.

Importantly, climate-related “transition risks” can still cause a big threat to the economy and financial system, even in the absence of climate action. The fossil fuel industry was distressed for years before the Covid-19 recession, and the pandemic greatly accelerated this distress, causing a wave of bankruptcies, insolvencies, and job loss and offering a glimpse of the disruption to come.

Some Democrats have been calling for a far more aggressive Fed on climate than Powell or even Brainard would countenance. Merkley and Sen. Ed Markey, D-Mass., have introduced legislation that would require the Fed to mandate that banks stop financing fossil fuel projects. Meanwhile, Republicans continue to demand that the Fed open the spigot for more fossil finance, even as the disasters from climate pollution cascade.

A version of this commentary originally appeared in the Hill Heat newsletter. 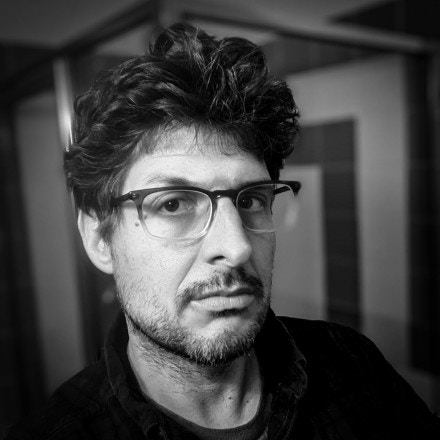