A bill moving through Congress would push back on carrier monopolies — which U.S. law has buoyed for decades. 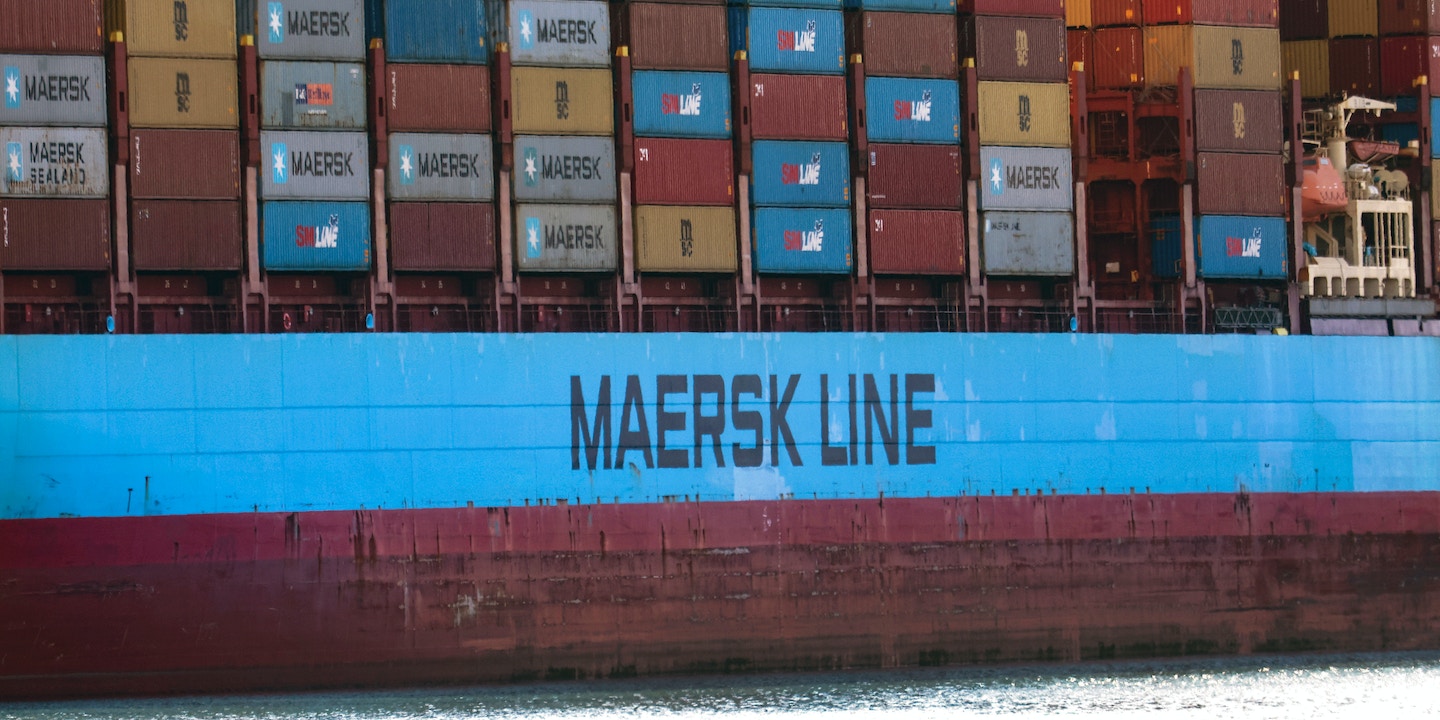 President Joe Biden used his State of the Union address on Tuesday night to announce a “crackdown” on some of the biggest profiteers in the global economy amid high inflation. International shipping companies have seen their fortunes skyrocket during the Covid-19 pandemic while squeezing exporters and importers and causing port congestion. Consumers buying everything from groceries to apparel have had to pay the price.

Take Denmark’s Maersk, the second largest ocean carrier in the world, which last month posted $18 billion in net profits in 2021, compared to $2.9 billion in 2020. There’s also France’s CMA CGM, the third largest shipping firm, which reported a one-quarter net income of $5.6 billion in November 2021, compared to $570 million the previous year. (The largest ocean carrier in the world, Switzerland’s Mediterranean Shipping Company, is private and doesn’t release its financial results.) The results have been so stunning that the British market research company Drewry updated its estimate of the highly consolidated industry’s total 2021 operating profits, raising its forecast from $150 billion in October to $190 billion in December. It anticipates the figure will hit $200 billion in 2022.

“See what’s happening with ocean carriers moving goods in and out of America. During the pandemic, about half a dozen or less foreign-owned companies raised prices by as much as 1,000 percent and made record profits,” Biden said Tuesday night. “Tonight I’m announcing a crackdown on those companies overcharging American businesses and consumers.” He received a standing ovation from the Democratic caucus, as Transportation Secretary Pete Buttigieg nodded along.

In a statement released February 28, the White House especially criticized foreign carriers for charging importers and exporters higher fees when their containers remain stuck at ports due to congestion, as well as their refusal to transport American agricultural products. The administration’s fact sheet said that the Justice Department would provide antitrust attorneys to the Federal Maritime Commission, or FMC, and called on Congress to pass reform to address regulatory immunity.

But the root of the problem isn’t simply that greedy foreign logistics firms prey on American traders and buyers, however convenient that narrative may be to sell the administration’s response. Since 1998, the U.S. has emboldened global shipping companies to consolidate market power, raise prices, and neglect operational resiliency — as exemplified last spring when an oversized container ship got lodged in the Suez Canal. With the 1998 Ocean Shipping Reform Act, Congress permitted carriers to make confidential deals with their customers while preserving an antitrust waiver the government had given them decades before in exchange for regulating them as public utilities. Now, three shipping alliances control 80 percent of the global market, compared to 30 percent in 2011.

With overwhelming bipartisan support, the House has already twice passed Reps. John Garamendi, D-Calif., and Dusty Johnson, R-S.D.’s Ocean Shipping Reform Act, which shares a name with the 1998 law but effectively seeks the opposite, most recently as an amendment to a major anti-China economic and military bill last month. They will have to reconcile it with a slightly different shipping reform bill offered in the Senate by Amy Klobuchar, D-Minn., and John Thune, R-S.D.

The Senate has not yet passed its version, but Klobuchar confirmed last month that she’d like to use the broader anti-China legislation, which both chambers have now passed, as a vehicle to get the shipping reform into law. “I’m excited that we’re finally moving forward on this; consumers deserve better,” she told The Intercept. “We were working on this before we knew about the record profits made by the shipping industry.”

Both bills shift the burden of proof onto shipping companies over how reasonable port fees are, but the key difference between the two reforms comes down to how they deal with carriers refusing to transport agricultural products. The House legislation outright bans shipping companies from denying services, while the watered-down Senate version leaves regulatory decisions in the hands of the FMC.

“On the West Coast, rice, almonds, wine, all of the other commodities, some of which are perishable, like fresh pork. … They got to get them on the ships and get them out, but the containers are headed back to China and other points in the Western Pacific empty, because those exporters from basically China are willing to pay 5, 10, maybe even more times than the American exporters would normally be paying for that container,” Garamendi told The Intercept in November when the House bill was first introduced.

“The reality is that you shouldn’t be allowed to do this,” Johnson added. “If you’re using American ports, you should be required to play by some very basic rules of the road, and American soybean farmers, pork producers, they just cannot understand — frankly manufacturers, exporters — just can’t understand how these ocean carriers have consolidated so much power.”

The legislation is certain to please the highly monopolized, environmentally destructive U.S. agricultural industry, but even advocates for small farms, which mostly do not export, are defending it.

For example, Joe Maxwell, former lieutenant governor of Missouri and the co-founder of the Family Farm Action Alliance, which advocates for a competitive agriculture industry for small businesses, told The Intercept he’s generally supportive of Biden flexing the government’s antitrust authorities following decades of entrenched, free-market thinking in regulatory agencies. And Sen. Cory Booker, D-N.J., an opponent of Big Ag, has signed on as a co-sponsor of Klobuchar and Thune’s bill. Still, Maxwell argued the bill doesn’t go far enough to break up the concentrated shipping industry, which the few small farms that do export have less power to exert pressure on than large agricultural companies.

In addition to ocean carriers, Democrats are trying to restrain consolidation in the farming industry. In Congress, Booker and Rep. Ro Khanna, D-Calif., have sponsored the Farm System Reform Act to target meatpackers and factory farms. Biden’s antitrust executive order last July also targeted this sector, and he gave airtime to the issue during his state of the union speech last night, suggesting there could be momentum to push back. “Small businesses and family farmers and ranchers, I need not tell some of my Republican friends from those states, guess what, you’ve got four basic meatpacking facilities,” Biden said. “That’s it. You play with them or you don’t get to play at all, and you pay a hell of a lot more.”