The aggressive appointment of Jennifer Abruzzo shows how electoral politics set the groundwork for mass organizing. 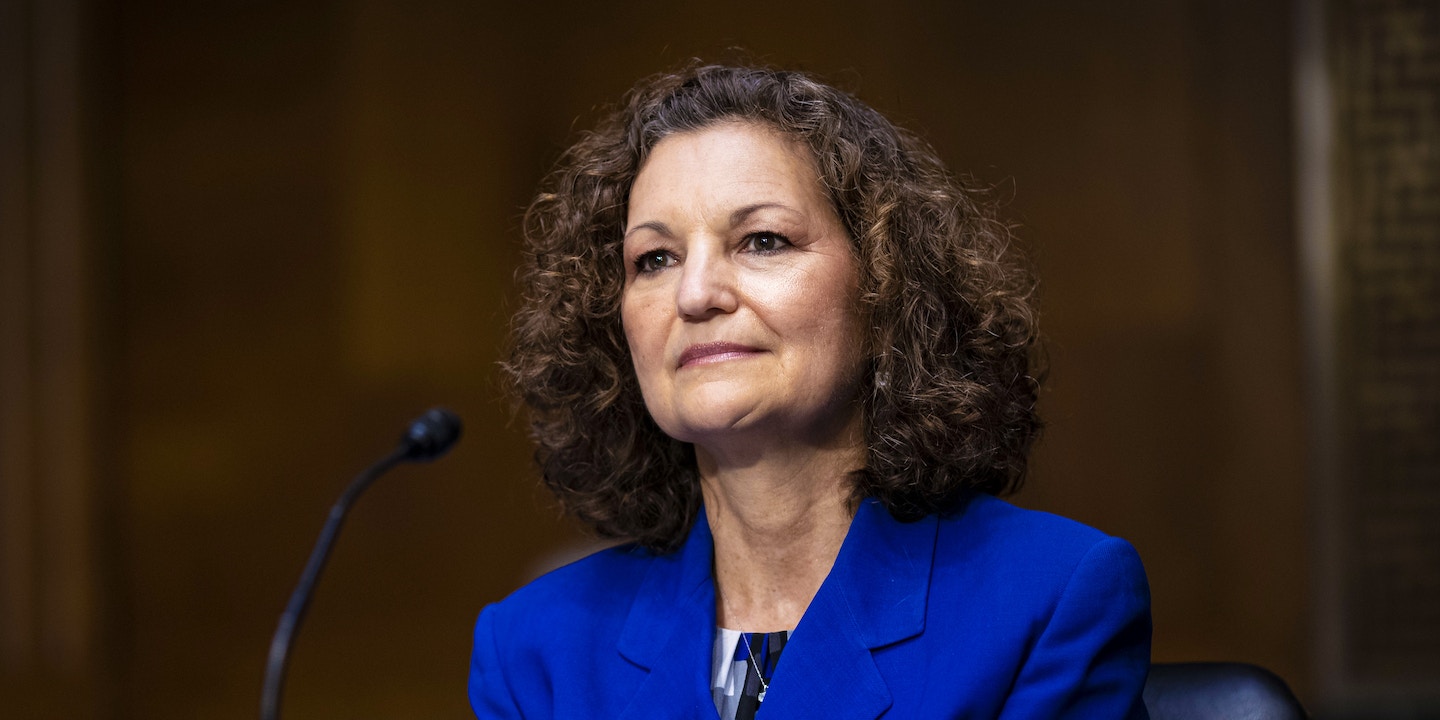 On Sunday, Sen. Bernie Sanders will visit Amazon workers at a Staten Island sorting center, known as LDJ5, who will vote soon on whether or not to join their comrades across the street in organizing into a union.

Their neighbors’ victory at the JFK8 warehouse earlier this month shocked the corporate world. And while Democrats have been faceplanting in Congress, the Amazon victory by a ragtag crew with just $120,000 from GoFundMe has raised the question of what value there really is in electoral politics. Should people just focus on building power for a base of working people instead, and abandon the duopoly?

A closer look at how Chris Smalls — who led the organizing effort after being fired from Amazon — and his allies put this win together, and are threatening to win again soon, shows that you actually can’t have mass organizing without electoral victories. The two very much work together, not as an either/or.

One of Joe Biden’s most aggressive appointments as president was naming Jennifer Abruzzo general counsel of the National Labor Relations Board. With pushes to make unionizing significantly easier, she might be the only person that bothers the Wall Street Journal editorial board more than Federal Trade Commission Chair Lina Khan.

In December, under pressure, Amazon agreed to a critical settlement with the NLRB, in which they agreed to allow workers to organize inside their facilities, just not on the shop floor.

“This settlement agreement provides a crucial commitment from Amazon to millions of its workers across the United States that it will not interfere with their right to act collectively to improve their workplace by forming a union or taking other collective action,” said Abruzzo in a statement at the time.

President Donald Trump and the MAGA movement talks a big game about being pro-worker, but when it came to their material and economic interests in the form of unionizing, they were nowhere to be seen. Trump’s NLRB absolutely would not have reached this settlement with Amazon.

Trump’s NLRB absolutely would not have reached this settlement with Amazon.

Distinguishing it from a Big Labor-led union drive, the Amazon Labor Union, or ALU, effort was driven by workers and former workers, who had access to the facility that professional organizers lack. Smalls said their ability to organize inside the plant was key to their success. “They try to install that fear into these workers, they try to tell them that they talk to us, they get fired,” Chris Smalls told Jordan Chariton of Status Coup. “But the difference is this is completely worker-led. These workers that are on the inside get that information in real time. And that right there has been a huge success for us.”

During a union drive by professional organizers at a Bessemer, Alabama, warehouse, Amazon hired union-busters who would walk the shop floor and talk to workers, telling them how awful unions are. The initial vote, which was prior to the NLRB settlement, failed. A redo is still being counted but looks bad for the union. In Staten Island, workers were able to fight back by exposing them from the get-go.

As HuffPost reported, they created flyers identifying the most prolific union-busters in the warehouse, listing where they’re based (typically far away), and how much money they had earned on union-busting campaigns. They would put stacks of the flyers in break rooms throughout the facility so everyone would see them and know how much Amazon was spending to fly anti-union consultants in from around the country.

Conor Spence, an Amazon worker, told HuffPost’s Dave Jamieson he would follow consultants around the warehouse, handing workers copies of their Labor Department filings that showed their $300-per-hour fees. It was an extremely powerful tactic, he said. If it was worth it to Amazon to pay somebody that much to convince workers not to join a union, the union must be pretty powerful.

Spence also told Jamieson that there was one extremely effective female consultant who would chat the male workers up: “All the guys in her department were in love with her,” he said. The men defended her when union organizers called her out. But when they produced copies of her disclosure filings showing she had made nearly $20,000 for just one week of union-busting, they felt betrayed.

Outside the warehouse, the Smalls crew set up tents where they’d feed workers lunch, help them with any issues they were having, talk shop, hang out, and even share weed. Amazon complained to the NLRB about the free pot, but ALU’s lawyer defended it as no different than passing out T-shirts, as far as labor law was concerned.

None of this would be a surprise to Eugene V. Debs, the legendary Gilded Age railroad union organizer. The massive worker uprisings from the 1870s to 1890s were ruthlessly crushed not just by bosses, but by bosses working hand in hand with National Guard troops and police forces. Only with the New Deal did the state become either neutral or supportive of organizing. In 1936, when Ford workers engaged in a sit-down strike, the company appealed to the federal government to help them break the strike. President Franklin D. Roosevelt told Ford that it was their problem and to go work it out. FDR didn’t help, but by not crushing the workers, he gave them the chance to win, and they did. In the 1980s, that reversed, with President Ronald Reagan actively siding with companies to crush unions.

So it’s not that electing Democrats magically brings about a union movement or will get your own workplace unionized. But what it did here was give the workers a fair shot.