The Mainstream Democrats PAC, founded by LinkedIn’s Reid Hoffman, has gone all in to protect the Texas Democrat in his runoff against Jessica Cisneros. 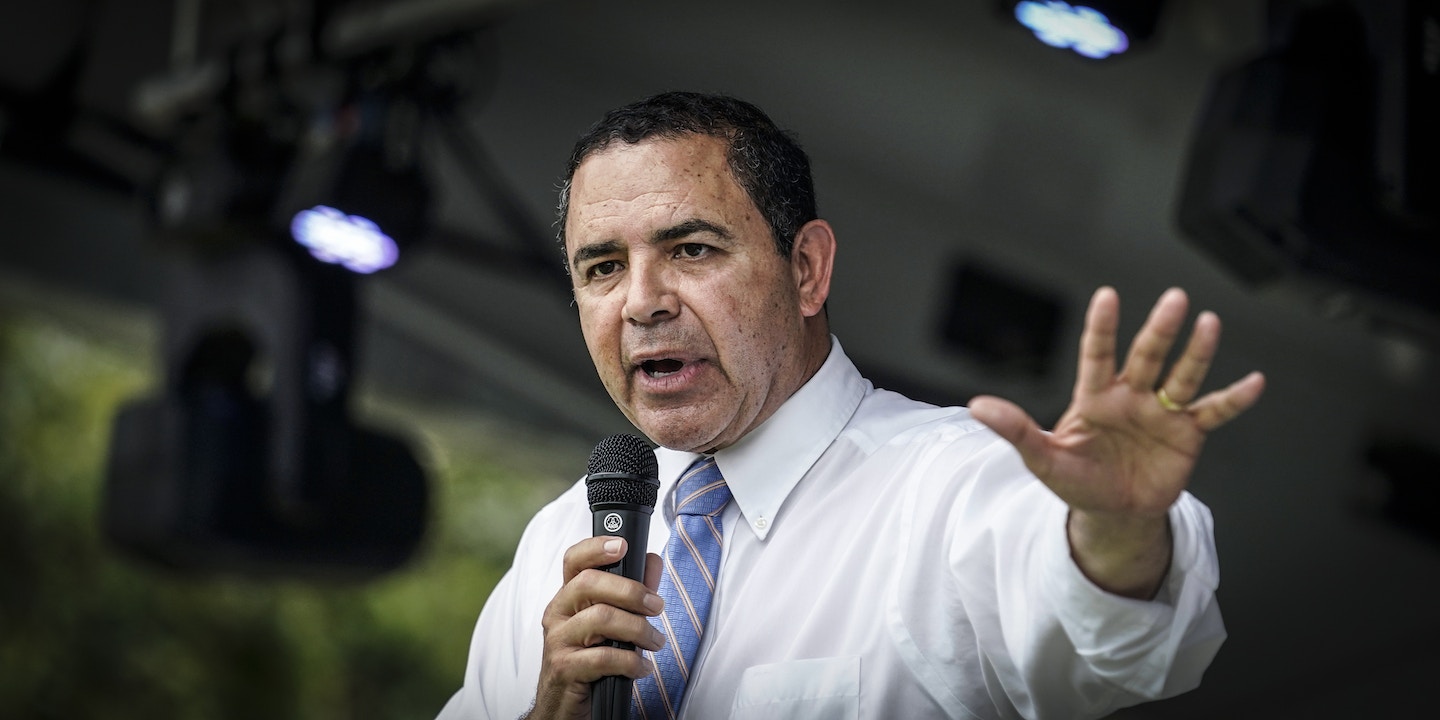 Silicon Valley billionaire Reid Hoffman came to the rescue of embattled Rep. Henry Cuellar, a Texas Democrat who remains the party’s most strident foe of abortion rights, in the final stretch of a primary campaign that goes to the polls Tuesday.

On May 2, Politico reported that the Supreme Court had decided to strike down Roe v. Wade, injecting new urgency into the race between challenger Jessica Cisneros, who supports reproductive rights, and Cuellar. (The race headed to a runoff after neither reached the 50-percent threshold needed to end it in the first round in March.) That same day, fortunately for Cuellar, Hoffman’s political action committee Mainstream Democrats dropped its first expenditure for Cuellar, with just three weeks left in the race, spending $178,000 on a mailing to the district, using the firm Sisneros Strategies (no relation).

Hoffman, the founder of LinkedIn, says he personally supports the right to abortion, but Cuellar’s is among just two other Democratic primaries his organization has weighed in on this cycle. The PAC spent $150,000 successfully opposing Nina Turner’s bid for Congress against Ohio Rep. Shontel Brown, and $1.5 million in what looks to have been a failed attempt to defend Rep. Kurt Schrader in Oregon.

Defending an opponent of abortion rights is a challenge in a Democratic primary, especially in the wake of the Supreme Court news, and the Hoffman PAC has squared the circle by suggesting that Cuellar is actually on the right side of the issue. The newest ad warns voters “with women’s rights under attack by extremists, Democrat Henry Cuellar has made it clear he opposes a ban on abortion. Let’s send Henry Cuellar back to Congress, so he can keep standing up for us.”

The ad bases the claim on a U.S. News and World Report story, written by the Associated Press, from May 4, 2022. The article in question, though, is headlined “House Leaders Stick With Rep. Cuellar Despite Abortion Stand.” The subheadline hits the same theme: “Just a day after Democrats recommitted to protecting abortion rights, a U.S. House leader on Wednesday campaigned in Texas alongside Rep. Henry Cuellar, one of the last anti-abortion Democrats in Congress.”

Rep. Jim Clyburn, the aforementioned Democratic leader, didn’t attempt to muddy the waters on Cuellar’s opposition to abortion and is quoted in the article as saying, “I would ask anybody, which is more important: to have a pro-life Democrat or an anti-abortion Republican? Because come November, that could very well be the choice in this district.”

Cuellar, in the same article, dismissed concerns that the draft opinion would undermine him in the campaign. “There’s always issues that come up,” Cuellar said. “Every time you have an election there’s always things that happen. You just go with your position and move on.”

(Another issue that “came up” for Cuellar was an FBI raid of his home and campaign office in January in connection with a federal investigation into foreign corruption. Cuellar’s attorney said in April that Cuellar was informed he was “not a target” and that he is cooperating fully, though the FBI has not officially cleared Cuellar of wrongdoing ahead of the runoff.)

So how does Hoffman’s PAC justify using that article to call Cuellar a defender of abortion rights? The AP notes that Cuellar felt the draft opinion overturning Roe “goes too far and that there must be exceptions in cases of rape, incest and dangers to the life of the mother.” Technically, then, Cuellar opposes a ban that does not make such exceptions, but he does support a ban. In 2021, Cuellar was the lone House Democrat to vote against codifying Roe v. Wade into federal law.

The race holds another draw for Hoffman, however; Cuellar is being challenged from the left by Justice Democrats-backed Jessica Cisneros. Hoffman’s camp argues that progressive ideas like a Green New Deal and Medicare for All and slogans like “Abolish ICE” or “Defund the police” are dragging the Democratic brand down and are not ultimately popular with either Democratic voters or the electorate at large — so it’s best to wipe them out in the primaries before they tar friendly, moderate Democrats.

Dmitri Mehlhorn, Hoffman’s top political adviser, told The Intercept that while Hoffman may be financially invested in defending Cuellar, he’s not personally invested. “Our money is going to the Mainstream Democrat coalition, which we trust to identify the candidates who are most likely to convey to Americans broadly an image of Democrats that is electable,” Mehlhorn said. “And if they chose Cuellar, then I trust them. I think Brian Goldsmith, Mark Mellman, they tend to know that stuff.”

Goldsmith is a media consultant; Mellman runs Democratic Majority for Israel, which similarly targets progressive Democrats, and is head of the polling firm the Mellman Group, which Mainstream Democrats uses for research and analysis. Federal campaign disclosure records show that Hoffman’s PAC shares an office and other services directly with DMFI.

Mehlhorn added that as a funder, Hoffman and the backers of the PAC provide general strategic guidance but don’t weigh in at a granular level. “This is another thing about being a funder in this space: All you can do is give guidance, talk to people, get a theory going. And the application may or may not be exactly what you would want, but that’s the theory that we operated with, in this case,” said Mehlhorn.

DMFI has not spent in support of Cuellar, but the super PAC put together by the American Israel Public Affairs Committee, or AIPAC, has so far spent nearly $2 million in the race, nearly all of it on attack ads against Cisneros.

Hoffman’s intervention in the race comes as the faction is jockeying for position within the coalition and swapping accusations of blame for a coming midterm wipeout. Mehlhorn discussed the anti-progressive strategy with The Intercept. A version of the argument, known as “popularism,” argues that if candidates just run on messages that poll the highest, they will perform the best.

“If you look at America as a whole, and you want the fascists not to take power, what you need to do is trade a little bit of your enthusiasm in urban districts [and] transfer some of that enthusiasm and energy, just trade it for people who are actual swing voters who vote but make up their mind kind of at the last minute,” said Mehlhorn, arguing that defeating a candidate like Nina Turner in Ohio helps Democrats by preventing Fox News from using her to scare their base.

By backing a candidate like Turner, he said, “you’re going after the populist turnout by going for a populist, and you’re also handing a message that is going to motivate the shit out of the other side — because remember, they’re already amped to be motivated out of fear. If Nina Turner would have won that race, she would have been 20 percent of Sean Hannity’s chyrons out of the gate.”

Whether that’s true or not, Hoffman’s approach also relies on stacking the Democratic caucus with centrists who then actively work against the party’s legislative ambitions. Both Cuellar and Schrader were a key part of the so-called Unbreakable Nine organized by the dark-money group No Labels, with the intent of undermining the party leadership’s two-track strategy of passing President Joe Biden’s Build Back Better Act.