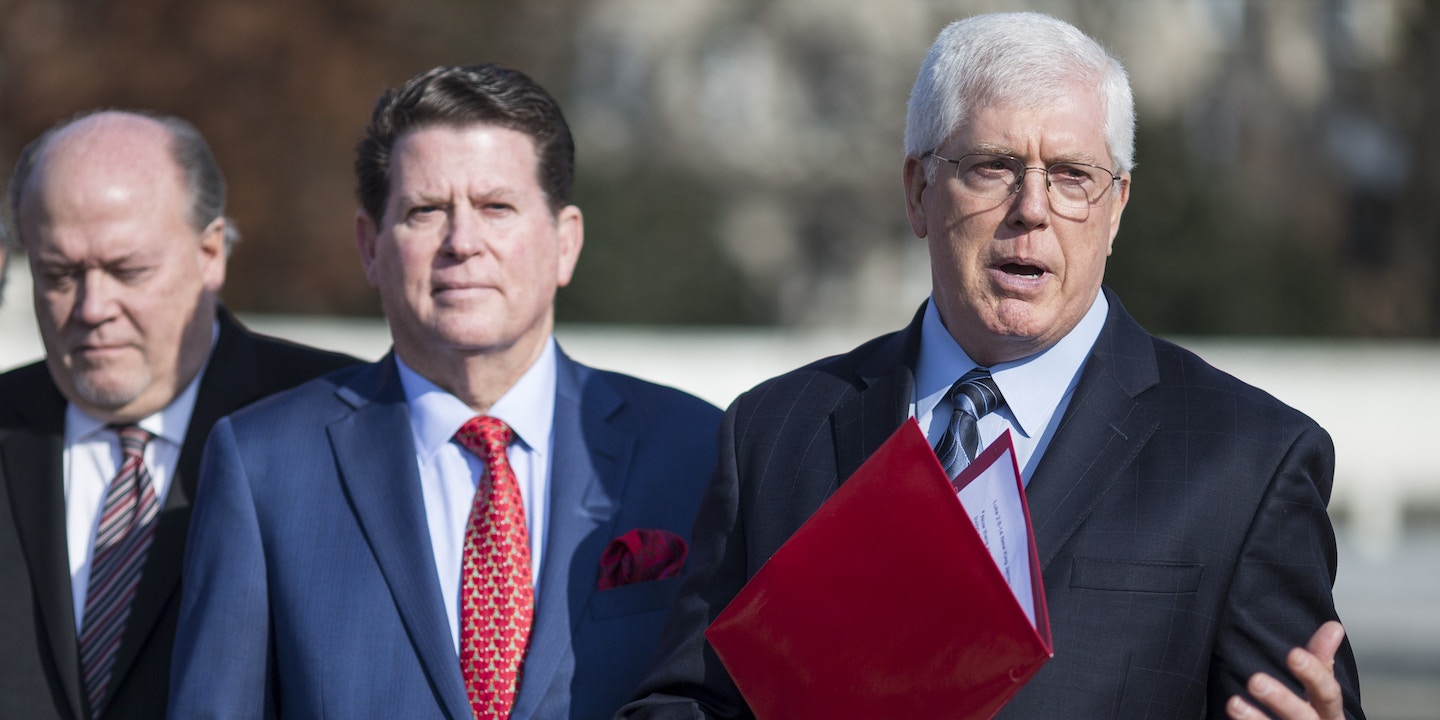 Liberty Counsel, an evangelical Christian nonprofit that provided a brief cited by the Supreme Court in its decision to overturn Roe v. Wade, has been hacked, revealing a 25-gigabyte internal database that contains nearly seven years’ worth of donor records. The hacker, who identifies with the Anonymous movement, released the data on the hacktivist site Enlace Hacktivista, and the transparency collective Distributed Denial of Secrets is providing it to journalists who request access.

“Noticing a worrying trend of far-right and anti-abortion activists aligning themselves with the evangelical Christian movement, hiding their funding sources behind laws that allow church ministries to keep their donations secret,” the hacker wrote in a press release, “we decided to bring about some much-needed radical transparency.”

In addition to fighting abortion, Liberty Counsel — a Southern Poverty Law Center-designated hate group — has focused its legal efforts on challenging LGBTQ+ rights and vaccine mandates in the name of religious freedom. Because it is registered with the IRS as an “association of churches,” Liberty Counsel is not required to file a public tax return, meaning that its finances are largely shielded from the scrutiny applied to other tax-exempt organizations.

The hacked data includes content from Liberty Counsel’s website, emails the group sent to its supporters, and documentation of about $12 million in donations from some 44,000 donors since 2015. These donations, limited to those tracked on Liberty Counsel’s digital platform, represent only a portion of those the organization receives.

The records show that 501(c)(3) nonprofit organizations controlled by Liberty Counsel encouraged supporters to vote for former President Donald Trump despite IRS rules that prohibit such entities from directly or indirectly endorsing candidates for political office. They also reveal how Liberty Counsel has skillfully employed misinformation and partisan polarization over election integrity and the Covid-19 pandemic to build its email list and raise millions of dollars in small contributions — and done so at a breakneck pace since November 2020.

Liberty Counsel did not respond to multiple requests for comment for this article.

Apart from Liberty Counsel’s data, the hack includes another 425 gigabytes of records from dozens of Christian organizations that used the same customer relationship management software, many of them mission agencies aimed at converting humanity to Christianity.

The Guise of Religious Liberty

After the Supreme Court overturned Roe, Peggy Nienaber, vice president of Liberty Counsel’s Faith & Liberty ministry, was caught on a hot mic at an evangelical victory party bragging that her ministry prayed with sitting Supreme Court justices. Nienaber’s claim, first reported by Rolling Stone, suggested a troubling conflict of interest, considering that the court cited a Liberty Counsel brief in its decision to end 50 years of constitutional protection for abortion.

Faith & Liberty denied that it prayed with members of the court, claiming that the incidents described took place before Liberty Counsel acquired the ministry.

Mat Staver, Liberty Counsel’s founder and chair, has said that he went to law school to further the “pro-life” cause. The organization’s amicus brief in Dobbs v. Jackson Women’s Health Organization, filed on behalf of a group of religious organizations, was a work of dubious scholarship that argued that abortion is a racist tool of eugenics.

Liberty Counsel has also defended so-called sidewalk counselors, who troll outside abortion clinics creating a hostile environment for those seeking care, and challenged the Freedom of Access to Clinic Entrances Act, enacted in the wake of the 1993 murder of Florida abortion provider Dr. David Gunn.

Liberty Counsel’s virulently anti-LGBTQ+ rhetoric and efforts to legalize discrimination in the name of religious freedom led the Southern Poverty Law Center to designate it as a hate group. “The organizations on our hate group list vilify others because of their race, religion, ethnicity, sexual orientation, or gender identity — this includes Liberty Counsel and their vilification of LGBTQ+ people,” said Rachel Carroll Rivas, interim deputy director of research for the SPLC’s Intelligence Project. Staver has advocated criminalizing homosexuality with harsh punishments as well as “curing” LGBTQ+ people, “a practice that has been condemned by every major medical and mental health organization in the country,” according to the Human Rights Campaign. Liberty Counsel fought against anti-LGBTQ+ hate crime legislation, calling it a “radical homosexual anarchist agenda.” After the Supreme Court legalized gay marriage in 2015, Liberty Counsel represented Kim Davis, a county clerk in Kentucky who refused to issue a marriage license to a gay couple.

More recently, Liberty Counsel has been involved in other right-wing causes. The day after the deadly January 6, 2021, attack on the U.S. Capitol, Staver sent an email to supporters stating that “our research and legal staff have been deeply engaged in stopping the steal of our 2020 elections.” The email, later published as a blog post, stressed that Trump could remain in power if God intervened: “We know God can intervene and turn what looks like a hopeless cause into a miraculous victory!”

While churches and other 501(c)(3) organizations are allowed to take stands on issues like abortion, same-sex marriage, and gun control, the IRS’s Internal Revenue Code prohibits these organizations from engaging in political campaign activity. “Because the IRS has not been very diligent in enforcing the law, many 501(c)(3) groups are pushing the envelope when it comes to politics,” Rob Boston, a senior adviser at Americans United for Separation of Church and State, told The Intercept.

After reviewing the email newsletters and blog posts in the Liberty Counsel data, The Intercept found communications in which both Faith & Liberty and Christians in Defense of Israel encouraged their supporters to vote for Trump during the 2020 election.

“Many 501(c)(3) groups are pushing the envelope when it comes to politics.”

“Today could be a turning point in the history of America. In this great country we have the freedom to vote,” a Faith & Liberty newsletter from Election Day 2020 stated. “A great responsibility rests on our shoulders. Our decision will determine who will nominate judges, and so much more.” The email went on the offensive against then-candidate Joe Biden, referencing reporting from right-wing media about the contents of Hunter Biden’s laptop. It claimed that Biden used “American tax-dollars to bribe foreign nationals to protect his son’s behavior” and “felt so comfortable with this level of corruption that he even bragged about it, on camera.”

During the two weeks before Election Day, Christians in Defense of Israel, also a 501(c)(3), was even more explicit in a series of newsletters. The emails, which promised that a second Trump term would bring peace to the Middle East, outlined points made by David Friedman, the Trump-appointed former U.S. ambassador to Israel. Friedman was also an adviser to Trump’s 2016 election campaign and had previously represented the Trump Organization as a bankruptcy lawyer.

“Israeli Jews support President Trump, because they know under a Trump administration, America has Israel’s back … and peace in the Middle East is on the near horizon,” one of the emails said. “But only if Donald Trump wins. As U.S. citizens, our vote this election will greatly affect Israel’s future, according to the ambassador.” Another email warned that “on November 3, the Holy Land is counting on YOU to choose the presidential candidate who will support Israel and complete the work of achieving peace in the Middle East.”

“Some groups will attack a candidate in harsh terms but stop short of telling people not to vote for him/her,” Boston said. “I would interpret this as an obvious backdoor attempt to intervene in an election, but I’m not aware of the IRS interpreting the law that strictly.”

Liberty Counsel’s website is based on the customer relationship management software Site Stacker, which is developed by WMTEK, a company that builds software and services exclusively for Christian nonprofits. WMTEK claims that 33 percent of Christian mission agencies use Site Stacker.

The Anonymous hacker first discovered vulnerabilities in Liberty Counsel’s Site Stacker website — among them, an administrator user who worked for WMTEK used the password “Password1” — and then realized that the rest of WMTEK’s clients were also vulnerable. So the hacker made off with membership and donor records for more than 90 other Christian nonprofits.

In all, the data shows donations to the organizations totaling over $748 million from roughly 409,000 donors, the earliest dating to September 2015. It also includes private information like names, addresses, and phone numbers for about 1.3 million people.

“We have initiated a forensic investigation into these claims,” Dan Pennell, WMTEK’s CEO, told The Intercept in response to questions about the hack. “We will be unable to comment further until we conclude our investigation.”

The security lapses weren’t limited to WMTEK. The hacked data set includes the Site Stacker source code as well as 46 gigabytes of files that were publicly available on Liberty Counsel’s website. The Intercept discovered a folder within these files containing 100 photos of U.S. passports and confirmed that these images were publicly accessible with the right web address — poor protection for such sensitive documents.

While Liberty Counsel is best known for legal battles over abortion and LGBTQ+ rights, the hacked data shows more than $1.6 million in donations resulting from petition and fax campaigns built around dubious claims about the pandemic and election integrity. These campaigns — from Liberty Counsel and its 501(c)(4) affiliate, Liberty Counsel Action — drew more than 15,000 unique donors.

The largest petition included in the data set, launched on the eve of Biden’s inauguration, makes no mention of religion: It warns of “giant pharmaceutical companies in partnership with government officials sweeping harmful and even deadly COVID-19 vaccine reactions under the rug” and demands that politicians oppose unspecified efforts “to make COVID shots mandatory, to require a Vaccine Passport or to electronically track and trace my movements.” Of the 38,000 signatures the petition received, more than 60 percent were new to Liberty Counsel’s email list.

After signing, “freedom-loving patriots” are invited to make a donation. Existing supporters are asked to pay to send a fax, with options ranging from a $5 “basic level” fax to House and Senate leaders up to a “gold level” $75 fax that also includes the Senate Judiciary Committee, all 50 governors, and all Republican members of Congress.

As email sign-ups increased, digital giving swelled from a monthly average of about $100,000 pre-pandemic to more than $400,000 in the months leading up to the hack. Of the 44,000 donors included in the hack, more than 70 percent appear not to have given before the pandemic.

Some donors used their official government email accounts to make contributions, the hacked records show. Email addresses associated with the departments of Defense, Energy, Health and Human Services, Homeland Security, Interior, Justice, State, Treasury, Transportation, and Veterans Affairs were among those included in the data.

Email addresses associated with state and local governments also made an appearance, including one belonging to Republican Terry Rice, a current Arkansas state senator, whose donation came via a petition decrying “the Democrat push to legalize election fraud.” Rice told The Intercept that he might have made a small donation to Liberty Counsel but doesn’t remember. “I don’t know what business it is of yours,” he said. 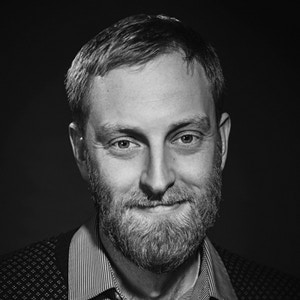