And in Congress, Rep. Marjorie Taylor Greene wants to bring the same penalty to the national level. 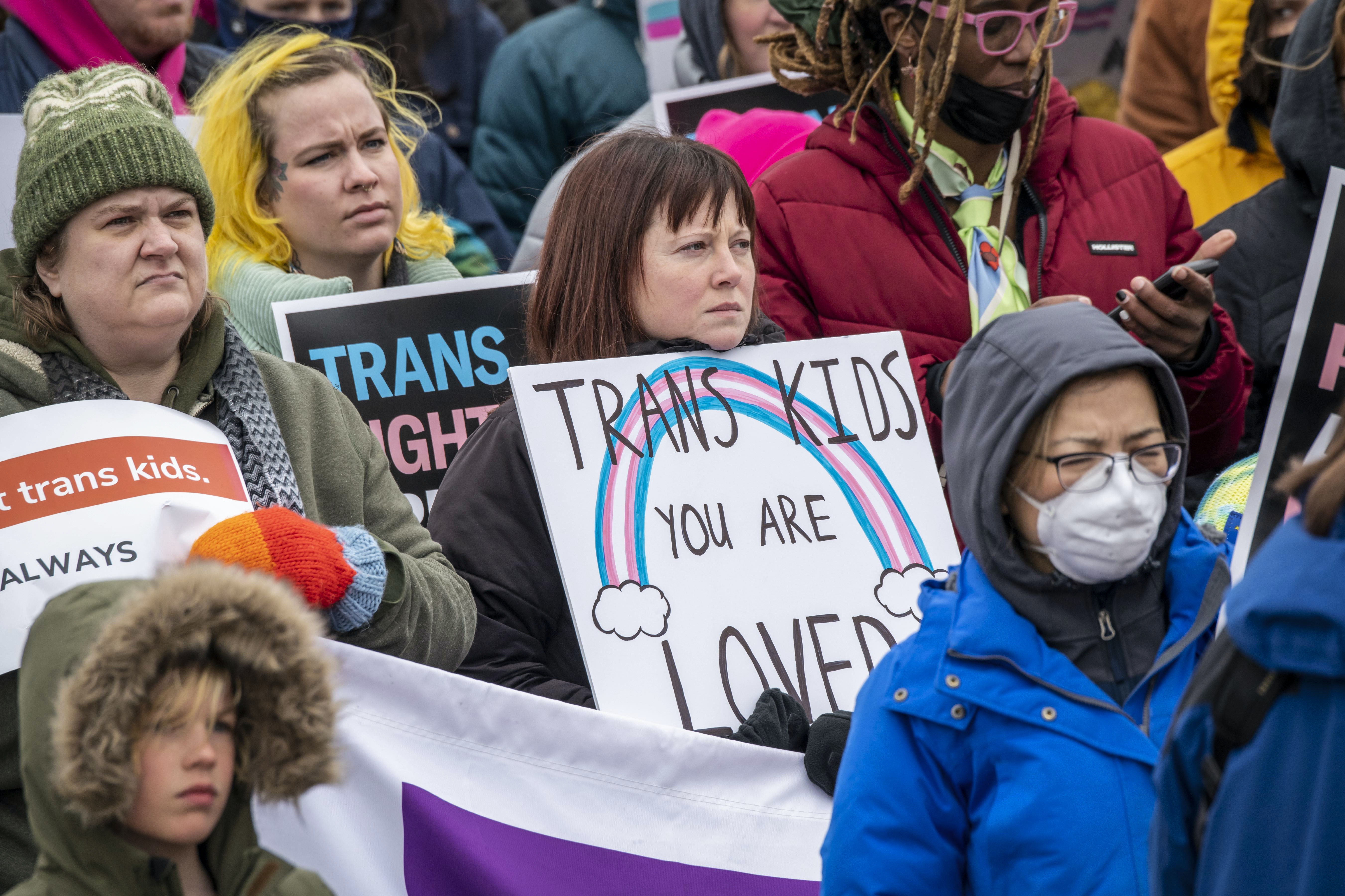 Republican legislative attacks on transgender children over the last two years have reached such intolerable levels of barbarism, it’s hard to imagine that further cruelty would be possible. But on Tuesday, a group of Michigan Republican state representatives continued to push the envelope, introducing a bill that would see parents and medical professionals face potential life in prison for providing gender-affirming care to a minor.

House Bill 6454 seeks to change the very definition of child abuse to explicitly apply to anyone who “knowingly or intentionally consents to, obtains, or assists with a gender transition procedure for a child.” The language applies not only to gender-affirming surgery — which is very rare for teens — but also to hormone treatments and puberty blockers. If found guilty, parents and medical professionals could face a maximum life sentence of 25 years for assisting a minor in obtaining care that has been deemed, again and again, medically necessary by every major pediatric institution in the country. Providing or helping with such treatment would be penalized as child abuse in the first degree, a classification more severe than those for causing intentional or neglectful harm to children.

Republicans hold a narrow majority in the Michigan House, and they are expected to throw full support behind the bill — although if the state’s Republican-held Senate passes it too, Democratic Gov. Gretchen Whitmer is likely to veto. (In November, Whitmer faces a reelection challenge from Trump-endorsed right-wing commentator Tudor Dixon, who lags behind the incumbent by about 11 points in recent polls.) Beyond barring the provision of new treatment, the legislation also mandates that trans teens in the state who are currently receiving gender-affirming medical care would be forced to stop their treatments and undergo compulsory medical detransition, with potentially deadly psychological consequences.

For refusing to torture trans kids, then, parents, caregivers, and doctors could spend the rest of their lives in prison.

Nationwide, GOP politicians now walk in lockstep to promote their eliminationist agenda against trans youth and adults. In Texas, Gov. Greg Abbott in February issued a directive to state agencies — bending the law to the Republican will — to assert that gender-affirming health care constitutes child abuse and that those who provide it or support children in accessing it should be investigated as potential abusers. The Texas Department of Family and Protective Services has been duly terrorizing families with such investigations ever since. Hundreds more bills taking direct aim at the lives of trans kids and adults are moving through statehouses at a chilling pace.

While the Michigan bill hardly stands alone, it is notable for the extremity of punishment proposed. It is already a felony to provide gender-affirming surgery to minors in Alabama; other forms of gender-affirming treatment, like puberty blockers and prescribed hormones, were covered by the same law but blocked from felony enforcement by a federal judge. Gender-affirming care is banned, but not deemed felonious, in Arizona; and in Arkansas, a ban was passed into law but is currently blocked by a crucial court order.

In Congress, far-right extremist Rep. Marjorie Taylor Greene, R-Ga., is pushing a searing model like Michigan’s. In August, she introduced the first piece of federal legislation, co-sponsored by a whopping 40-plus House Republicans, to outlaw gender-affirming care for minors nationwide. That law, too, would make providing such care a felony punishable by up to 25 years in prison.

As I’ve noted numerous times, the ubiquity of these anti-trans legislative assaults is no sign of some grassroots concern echoing nationwide. Anti-trans panic has been manufactured, top-down, by think-tanks like the Promise to America’s Children coalition, which disseminate model legislation to Republican state lawmakers. It’s a deeply cynical electoral strategy playing on illegitimate conservative concerns, but no less profound an ideological war for that fact.

Fascistic pro-natalism has always, necessarily, gone hand in hand with the organized elimination of oppressed populations.

There’s no inconsistency in the GOP championing “parental choice” on most every issue aside from a parent’s choice to love and support a gender-nonconforming child. “Parental choice” was only about parenting as an institution — the nuclear family — for reproducing the right’s Christo-nationalist order. When a parent’s choice is that schools not teach the brutal realities of U.S. white supremacist history, or the existence of gay people, parent’s choice is sacred. To produce the wrong kind of child, meanwhile, is deemed criminal — alongside the refusal to produce a child from a pregnancy. Fascistic pro-natalism has always, necessarily, gone hand in hand with the organized elimination of oppressed populations. There can be no doubt that these anti-trans efforts are genocidal.

The GOP has made clear that it will not stop or temper its assault on the very existence of trans people. For this reason, it is all the more critical for liberal media organs to reject and counter the outright falsehoods of Republican anti-trans claims and to actively support trans kids. Trans children are not new, and more than two centuries of scientific research have challenged the validity of gender and sex binaries.

A recent New York Times story correctly stressed that the (very, very few) trans teens who do receive gender-affirming “top surgery” have their lives immensely improved. Regret is exceedingly rare — especially considering that almost all medical interventions, from back surgery to cis women’s breast enhancements, carry a risk of regret — and the number of surgeries and hormones provided to cis teens far surpasses the number of those provided to their trans peers. Most trans young people in America, keep in mind, have neither the resources nor the support to access the care they need in the first place.

Yet even though the facts and content of the Times piece spoke strongly for gender-affirming treatment, the feature was hinged on and infused by the notion of trans youth as some impending site of risk. “Small studies suggest that breast removal surgery improves transgender teenagers’ well-being” the story notes, before adding, “but data is sparse” — thus framing the piece around uncertainty from the outset.

Those who would oppose the right’s fascist, eliminationist agenda must do better. The stakes for the lives of trans kids are too high for such unwarranted equivocation. As historian Jules Gill-Peterson, author of “Histories of the Transgender Child,” put it, “We need to really learn to say we want trans children. Not that we want all children to be trans. But when children tell us they’re trans, we are happy. And we are happy with that as an outcome.”