The Voices of Syria Have Always Been Ignored by the West

Had anyone simply listened to the people of Syria, the multiple tragedies of the past century might have been avoided. 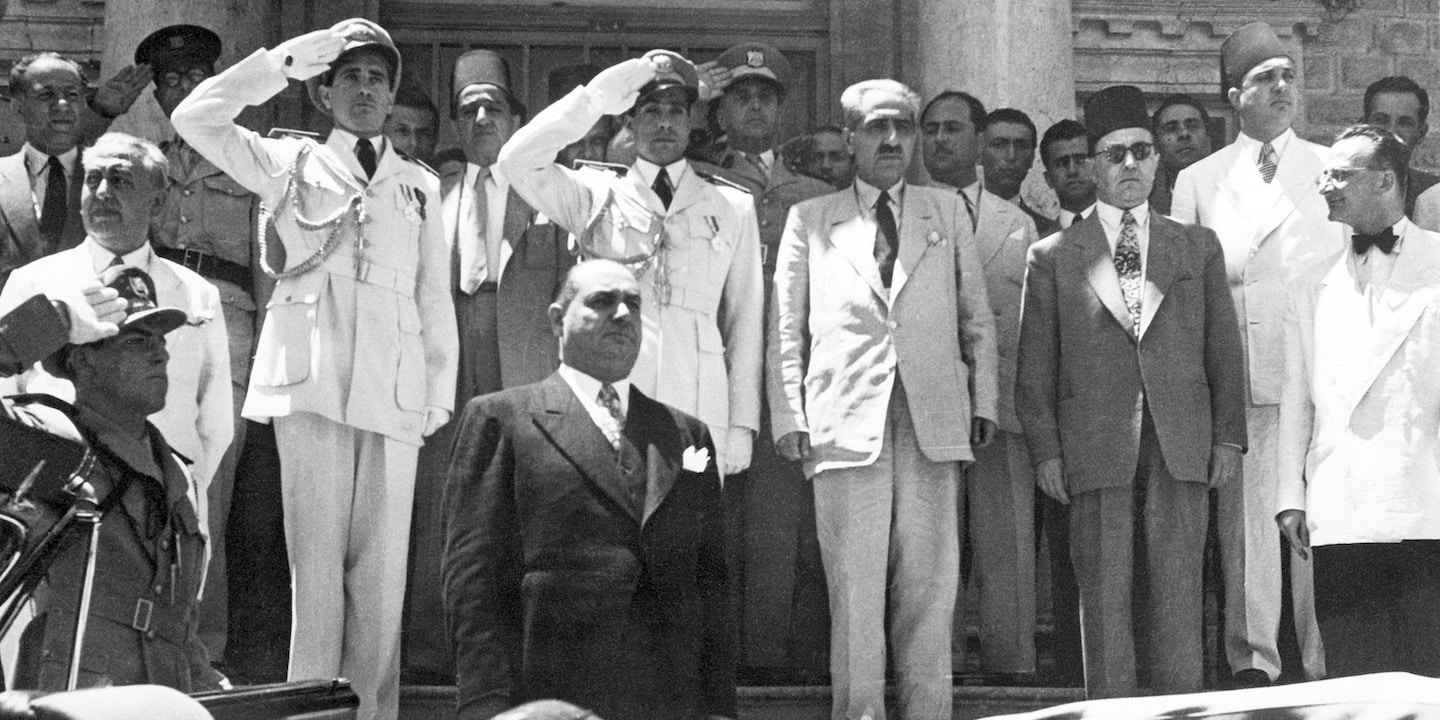 The Syrian story is a tapestry of tales, woven together from pain and courage, love and hate, innocence suffocated, and cruelty ascendant, 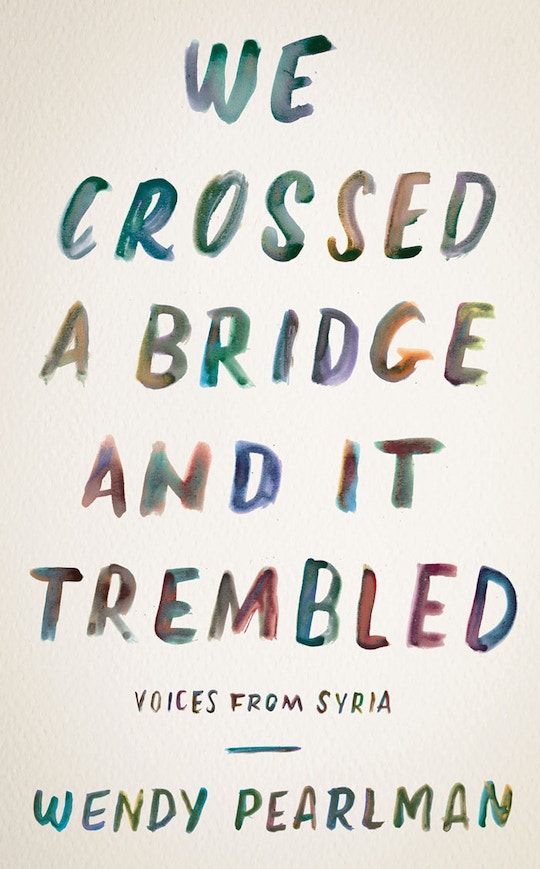 that remains undeciphered by those who are determining the fate of that ancient land. Wendy Pearlman writes in “We Cross a Bridge and It Trembled,” her book of interviews with exiles from Syria’s six-year war, “One wonders what might have been different had we listened to Syrian voices earlier.”

Disregarding Syria’s people has been a constant theme since the creation of modern Syria in 1920. Had anyone listened to them, the multiple tragedies of the past century might have been avoided. France and Britain, after expelling the Ottomans from their Arab empire during World War I, excelled at denying Syrians a voice in their destiny. With the notorious Sykes-Picot Agreement, they severed what became Syria from its historic peripheries in Lebanon and Palestine. Ghayth Armanazi, in “The Story of Syria,” a sympathetic history of his homeland, called the Anglo-French accord “an iconic example of imperial deceit and duplicity.” After dividing Syria, the British and French imposed colonial rule on inhabitants, who had made clear their unanimous desire for independence in multiple petitions to the King-Crane Commission, sent by U.S. President Woodrow Wilson to gauge public opinion. The British and French armed forces crushed rebellions and uprisings to enforce their rule throughout their tenure in the Levant.

When independence came in the aftermath of World War II, the CIA took no more account of Syria’s “voices” than the British and French had. It engineered a military coup that overthrew the parliamentary government in 1949, setting a precedent for the army, a construct of French rule, to govern without consulting the populace any more than the imperialists had. Repeated wars with Israel led to a loss of face and territory, and the displacement of hundreds of thousands of Palestinians, as well as Syrians, who were driven from their villages in the Golan Heights. An experiment in Arab unity — the United Arab Republic that cleaved Syria to Egypt from 1958 to 1961— was another failure of governance. The Syrian military occupation of Lebanon that began in 1976 ended in ignominy in 2005, with a forced withdrawal amid sharp hostility from the Sunni Muslim community that had once seen their country as part of historic Syria.

Armanazi, whose ancestors took part in the struggle for independence and civilian governance, provides a brief and reliable account of 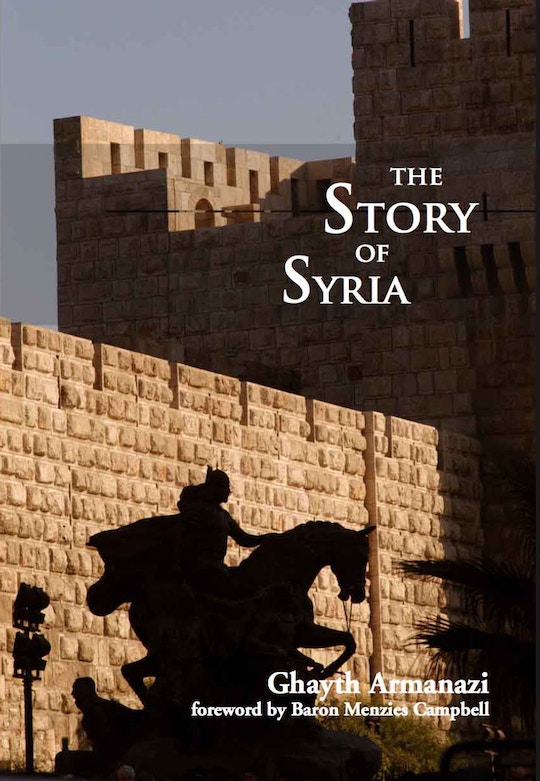 Syria from Neolithic times to the present. His writing helps to explain how the country went from the optimism of 1920, when it established an independent monarchy for a few months, to 2011, when the country devoured itself in fratricidal bloodletting encouraged and financed by outsiders. Syria was, in the words of Egyptian President Gamal Abdel Nasser, “the heartbeat of Arabism.” Damascus had been the capital of the first Arab empire, the Omayyad. Syrian, as well as Lebanese, writers and politicians had led the drive for Arab independence from Turkey. Syrian schools taught that the country was a significant part of a larger Arab nation.

Arab nationalism, accommodating all sects of Muslims, Christians, Jews, and Yazidis, clashed head-on with Islamism’s narrow focus on orthodox Sunni ascendancy. This is one of many themes — alongside democracy vs. dictatorship, secularism vs. jihadism, Saudi vs. Iranian, Turk vs. Kurd, America vs. Russia — that has played out during the war since it began in 2011. For every young idealist in the streets of Daraa, Damascus, and Homs calling for free speech and an end to torture, there was a Muslim Brother seeking to replace a secular dictator with a theocratic one. This was as fraudulent, but as real, of a choice as that between British and French colonial masters in 1920.

Pearlman, in an edited selection of statements from thousands of Syrian refugees in Jordan, Turkey, Lebanon, Europe, and the U.S., excludes statements from the majority of Syrians who have remained inside the country and omits the questions that led to the published statements. However, the Syrian men, women, and children quoted emerge as intelligent, perceptive, and deserving of our attention. A few examples should make an inquisitive reader seek out the rest:

Miriam, a young woman from Aleppo: “If Bashar had only come out in his first speech and said, ‘I am with you, my people. I want to help you and be with you step by step,’ I can guarantee you 1 million percent that he would have been the greatest leader in the Arab world.”

Jamal, a physician from Hama: “It became painfully clear: This person should not be ruling us. He is too stupid to deserve to be our president.”

Waddah, a medical school graduate from Latakia: “I started yelling in a loud voice, ‘Dignity!’ What did we want after dignity? We didn’t know.”

Aziza, a school principal from Hama: “I asked them [the rebels], ‘Do you have tanks or planes? They have an army created to fight Israel. You don’t stand a chance.’”

Yousef, a former medical student from Hasaka Governorate: “No one supported us. Instead, the U.S.-led coalition bombed … It’s airstrikes that have destroyed the country.”

Kareem, a physician from Homs: “The truth is that Syria has no friends. It is just a chessboard for the great powers to settle their accounts.”

By uniting with Egypt in 1958, Syria made one serious attempt at Arab unity. Yet Egypt’s greater size and Nasser’s overwhelming popularity rendered the Syrian half of the United Arab Republic to what it had been in the early 19th century: a short-lived colony of the Egyptians. One year after the union’s dissolution in 1961, a rebellion seeking to restore it erupted in Aleppo and other parts of Syria. The uprising’s leaders called on Egypt to intervene. Armanazi writes, “Nasser, however, calculated that any such intervention would be fraught with risk.” The army quickly crushed the rebels, sparing the country a civil war. Those who responded to the rebels’ plea for weapons and funding over the past six years of war in Syria have shown no such restraint.

Top photo: Col. Husni Zaim, center, foreground, stands at attention while the national anthem is played during his inauguration in Damascus, Syria, as President of the Syrian republic in 1949. Behind him are officers and officials who supported him when he took control of the government in a coup d’etat.