The hard-line, pro-Israel billionaire accused a group of 13 senators led by Bernie Sanders of getting their facts wrong. 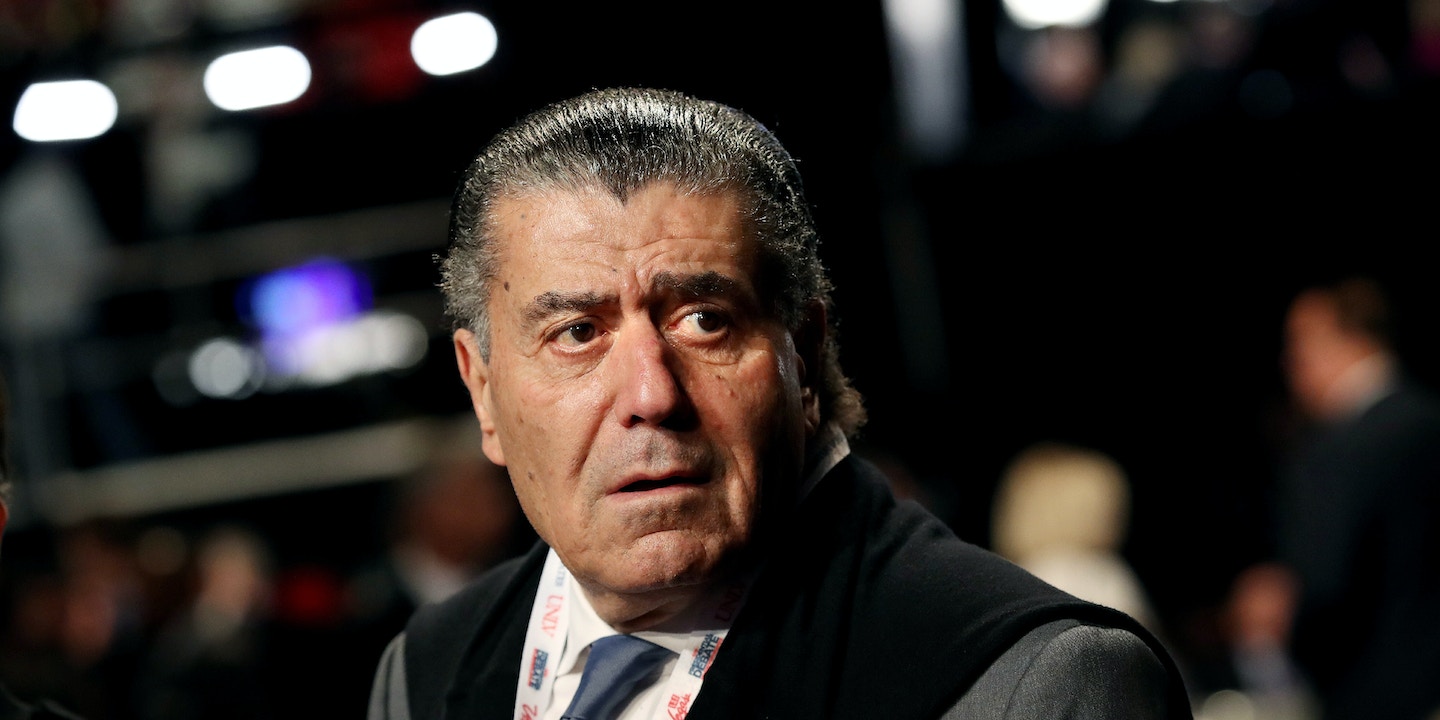 Television mogul and Democratic Party megadonor Haim Saban is privately reprimanding lawmakers who spoke out about the humanitarian crisis in the Gaza Strip. Saban emailed the senators, some at their personal addresses, to directly express his displeasure with a letter organized last month by Sen. Bernie Sanders, I-Vt.

Twelve Democrats and Sanders signed the May 11, 2018, letter calling for Secretary of State Mike Pompeo to “act urgently in order to help relieve the humanitarian crisis in the Gaza Strip.” The letter, which came amid a deadly Israeli response to a protest movement in the Gaza Strip, said that the Trump administration should restore funding to a United Nations humanitarian effort and encourage Israel to ease restrictions on Palestinians living in Gaza. Three days after the senators sent the letter, Israel fired on another round of protests, leaving dozens dead and hundreds more wounded.

On Tuesday, The Intercept obtained a copy of an email Saban sent to six of the senators, along with a handful of staffers for the others, expressing his “dismay” that they signed.

“Do your homework, unless you have chosen to blindly follow Senator Sander’s ill advised, misinformed, simplistic, and ignorant lead.”

“Senators, for you to listen to Senator Sanders and accuse Israel of being the main culprit is outrageous, misinformed, offensive and shows a lack of understanding of the region’s basic fundamentals,” Saban wrote. “Do your homework, unless you have chosen to blindly follow Senator Sander’s [sic] ill advised, misinformed, simplistic, and ignorant lead.”

Saban’s email mostly addresses the Gaza protests and Israel’s deadly response. He organized his missive as a fact check, using bold, underlined text in all capital letters to enumerate various pro-Israel talking points about the Gaza crisis. But his “cold, hard facts” frequently had nothing to do with anything in the letter or remarks made by any of the senators on the crisis.

For instance, nowhere in the Sanders letter did the senators accuse Israel of being the “main culprit” of the humanitarian situation in Gaza. While the letter noted that Israel’s “restrictions on the freedom of movement, legitimate goods, and equipment in and out of Gaza” have “made the humanitarian situation worse,” it also placed blame on the Palestinian faction ruling the Strip: “Hamas — due to its ongoing repression, corruption and insistence on pursuing a violent struggle against Israel — bears significant responsibility for the deteriorating situation.”

“My letter speaks for itself,” Saban said, in an email responding to The Intercept’s request for comment.

“The uncouth and belittling language is directed at these 13 Senators for daring to suggest that Palestinians suffering in Gaza deserve humanitarian relief.”

“As this condescending letter attacking several leading Senate Democrats shows, Saban is, as he once described himself, a ‘one issue guy’ and ‘that issue is Israel,'” said Yousef Munayyer, the executive director of the U.S. Campaign for Palestinian Rights. “The uncouth and belittling language is directed at these 13 Senators for daring to suggest that Palestinians suffering in Gaza deserve humanitarian relief. The tone sounds less like a sincere attempt to convince anyone and more like the bitter ramblings of a political investor who knows the base of the party he has long supported is uninterested in backing Israel’s heinous human rights abuses any more.”

Saban is a powerful figure in the Democratic Party, a massive donor to party organs and one of the top contributors to Hillary and Bill Clinton’s political careers. His most visible political advocacy, however, is for hawkish pro-Israel causes. “I’m a one-issue guy, and my issue is Israel,” he told the New Yorker in 2010. Saban played an early leading role in fighting against progressive Rep. Keith Ellison’s failed bid to win the Democratic National Committee chair, calling the Muslim Minnesota Democrat an “anti-Semite and anti-Israel individual.”

Sanders, who supported Ellison’s campaign, has pushed the Democratic Party toward more progressive positions on the Israeli-Palestinian conflict. During the 2016 Democratic presidential primary race, Saban’s beneficiary Hillary Clinton struck a traditional pro-Israel line on the conflict, but Sanders spoke out against Israel’s policies and led delegates to the party’s platform committee in an unsuccessful push for progressive positions to be included on the issue. According to Pew polls, Democratic voters are increasingly more in line with Sanders than their party on a range of questions about the Mideast conflict.

In his email, one of the “facts” offered by Saban states that “terrorist [sic] regularly disguise themselves as civilians, including as members of the press.” This spring, amid the Gaza protests, Israeli soldiers shot five journalists, two of whom died. A photograph published afterward by the Israeli newspaper Haaretz showed one of the journalists jacket clearly marked “PRESS.” In his email to the members of Congress, Saban added, “FACTS are stubborn things and are not debatable.”

The Sanders-led letter — whose signatories included Sens. Diane Feinstein, D-Calif., and Sherrod Brown, D-Ohio — noted that, in 2012, U.N. experts warned that the Gaza Strip would be “unlivable” by 2020. More than 50 years of Israeli occupation and 10 years of a blockade have left the Strip in a state of severe humanitarian crisis. The travel and import restrictions imposed by Israel led humanitarian groups to call Gaza the “world’s largest open-air prison.” Gaza residents receive as little as four hours of electricity per day, and the vast majority of groundwater is contaminated at dangerous levels.

“Saban’s one issue may be Israel, but so long as Israel’s policies continue to deny freedom, justice, and equality to millions of Palestinians, progressives and liberals will increasingly reject them,” said Munayyer. “He’d be wiser to send letters with that message instead and address it to Tel Aviv.”

Update: June 20, 2018
This story has been updated to include a response from Haim Saban received after publication of the article.

Top photo: Haim Saban arrives before the start of the third U.S. presidential debate on Oct. 19, 2016, in Las Vegas, Nev.