Revealing the Real Threats and the Manufactured Ones: The Intercept’s 2019 National Security Coverage

A look back at The Intercept’s must-read national security stories from 2019. A look back at The Intercept’s must-read national security stories from 2019. Who the Justice Department decides to prosecute as a domestic terrorist has little to do with the harm they’ve inflicted or the threat they pose to human life.
By Trevor Aaronson, Margot Williams, Alleen Brown, Alice Speri Illustration: Sarah Gonzales for The Intercept 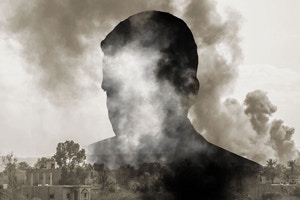 Secret Report Reveals Saudi Incompetence and Widespread Use of U.S. Weapons in Yemen 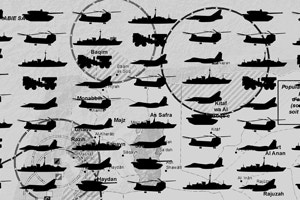 Donald Trump says Saudi Arabia could turn to Russia or China for arms, but the French intelligence report emphasizes its dependence on the West.
By Alex Emmons Many observers now seem to think this suddenly hot story came out of nowhere this year, but that is not true.
By James Risen 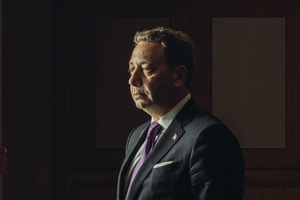 “I wasn’t running,” Sater told The Intercept. “I don’t need to worry about the morality of ‘should a candidate be involved in business?’”
By Johnny Dwyer Giuliani’s entire post-government life has been a case study in ethical adventurism, if not actual criminal conduct.
By Johnny Dwyer

A Republican Conspiracy Theory About a Biden-in-Ukraine Scandal Has Gone Mainstream. But It Is Not True. 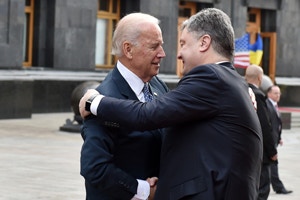 The rumor that Joe Biden abused his power to protect his son’s business interests in Ukraine is “absolute nonsense,” leading anti-corruption activist says.
By Robert Mackey

Charging Julian Assange With Espionage Could Make His Extradition to the U.S. Less Likely 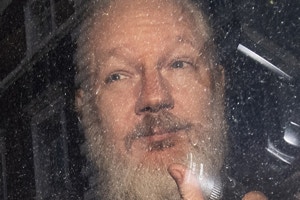 British authorities will have to decide whether to send the WikiLeaks founder to stand trial in the United States for publishing true information.
By Robert Mackey
Wait! Before you go on about your day, ask yourself: How likely is it that the story you just read would have been produced by a different news outlet if The Intercept hadn’t done it? Consider what the world of media would look like without The Intercept. Who would hold party elites accountable to the values they proclaim to have? How many covert wars, miscarriages of justice, and dystopian technologies would remain hidden if our reporters weren’t on the beat? The kind of reporting we do is essential to democracy, but it is not easy, cheap, or profitable. The Intercept is an independent nonprofit news outlet. We don’t have ads, so we depend on our members — 35,000 and counting — to help us hold the powerful to account. Joining is simple and doesn’t need to cost a lot: You can become a sustaining member for as little as $3 or $5 a month. That’s all it takes to support the journalism you rely on.Become a Member