A Deadly Border, Cruelty in Detention — and How the Government Is Trying to Cover It Up: The Intercept’s 2019 Immigration Coverage Three months after her appointment as chief of the Border Patrol, Carla Provost posted in the “I’m 10-15” Facebook group.
By Ryan Devereaux Thousands of migrants have died crossing the desert in Arizona. The U.S. government is prosecuting activists who try to save lives and recover bodies.
By Ryan Devereaux 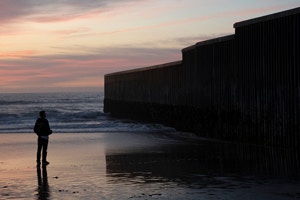 The Intercept has uncovered a pattern of official harassment aimed at journalists covering migrant caravans in Mexico, as well as attorneys and activists.
By Ryan Devereaux The Intercept found erroneous or fabricated information, inconsistencies, and boilerplate language included on forms filled out by immigration officials.
By John Washington

The Tragic Story of Jimmy Aldaoud, Deported From the Streets of Detroit to His Death in Iraq 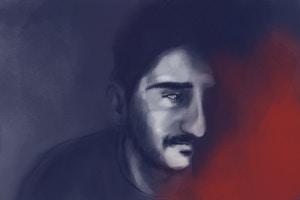 Illustration: Ella Trujillo for The Intercept

Aldaoud was targeted as part of an ongoing ICE crackdown on Iraqi communities. His family and supporters say the agency bears responsibility for his death.
By Chris Gelardi Illustration: Cornelia Li for The Intercept Children of asylum-seekers, trapped in Mexico by Trump’s migrant protection protocols, are slipping away from their families and crossing the border alone.
By Debbie Nathan Guards at an ICE jail put Efraín Romero de la Rosa in solitary confinement despite a diagnosis of schizophrenia. He killed himself after 21 days.
By José Olivares, Video by Travis Mannon

Honduran Teen Fled Gangs at Home Only to Be Murdered While Stranded at the U.S.-Mexico Border Photo: Héctor Edú for The Intercept

The murder of Jorge Ruiz and another teen casts into stark relief the dangers faced by unaccompanied minors at the U.S.-Mexico border.
By Julia Gavarrete, Heather Gies
Wait! Before you go on about your day, ask yourself: How likely is it that the story you just read would have been produced by a different news outlet if The Intercept hadn’t done it? Consider what the world of media would look like without The Intercept. Who would hold party elites accountable to the values they proclaim to have? How many covert wars, miscarriages of justice, and dystopian technologies would remain hidden if our reporters weren’t on the beat? The kind of reporting we do is essential to democracy, but it is not easy, cheap, or profitable. The Intercept is an independent nonprofit news outlet. We don’t have ads, so we depend on our members — 35,000 and counting — to help us hold the powerful to account. Joining is simple and doesn’t need to cost a lot: You can become a sustaining member for as little as $3 or $5 a month. That’s all it takes to support the journalism you rely on.Become a Member